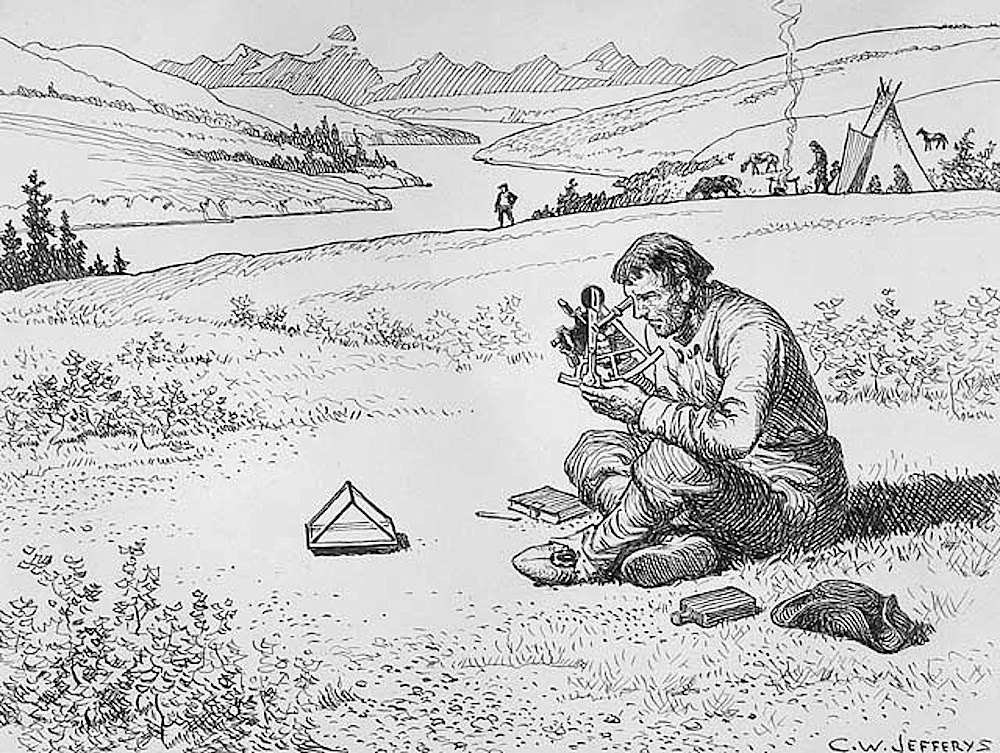 Prior to the world of internet, satellites and mapping technology, humanity had to scrape its way across the earth, meticulously logging their whereabouts with the goal of getting a clear picture of our planet. But where our southern neighbour, with its tendency to self-mythologize, elevated its explorers, like Lewis and Clarke, we Canadians conform to our humble stereotype.

This means that many don’t know the incredible stories of people like David Thompson, who mapped out an impressive portion of the country in his lifetime. His trip through Alberta and the Rockies Athabasca Pass is the subject of a presentation put on by the Chinook Historical Society this Tuesday and hosted by Emerson Sanford, author of the eight volume series Life of the Trail.

If, when you first read the name, you asked yourself “David who?” you’re not alone. The lack of recognition for Thompson from Canadians is something Sanford is all too familiar with. “In some ways, the Americans know more about Thompson than we do, because his fur trade efforts took him through the northern states,” says Sanford. “I think it comes down to the fact that Americans honour their heroes and Canadians don’t, I guess it’s part of our psyche.”

And yet, Thompson’s legacy is significant. He was the first white person to enter the Rocky Mountains and leave a record of his passage along the Red Deer River as a map maker, first under the employ of The Hudson’s Bay Company and then with The North West Company.

Another sketch by C.W. Jefferys, this time of Thompson using a sextant to map out his progress.

“He mapped a huge portion of North America, what is mainly now Canada, but also part of the northern United States,” says Sanford. “Based on the amount of surveying and map making he did, and the extent of his maps and their accuracy, he was considered to be one of the greatest of the pioneers, surveyors and map makers.”

Thompson’s trip through the Rockies, undertaken in order to find a viable route for the fur trade through the mountains, led him to establish the Athabasca Pass, which would be used for about half a century after its discovery. This, like much of his work, was no easy feat. The conditions in the wild were what we would call “extreme.”

“When Thompson first crossed Athabasca Pass, there was seven feet of snow on top of the pass. They were traveling on snow shoes and had dog sleds carrying heavy loads. They were camping at night in temperatures as low as minus 40C,” says Sanford. “It was an extremely rugged life. Thompson once commented that in the past three years, he’d only slept in a bed about two dozen times.”