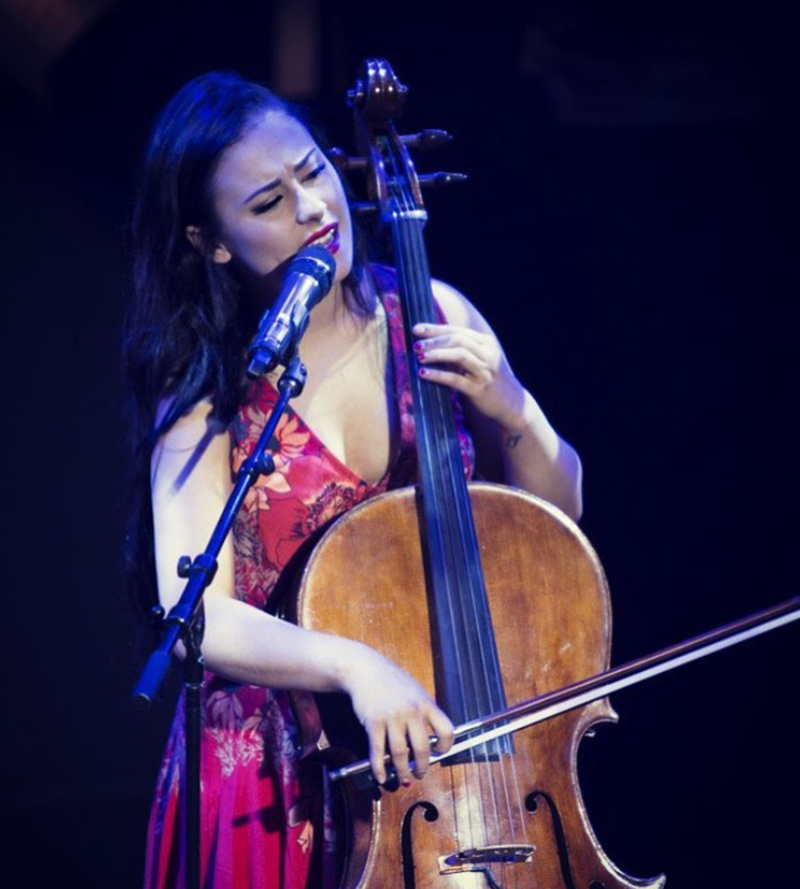 Lizzy Munson is probably the most successful Calgary musician you’ve never heard of.

If the 20-year-old performer’s name rings a bell, that might be because she was the grand prize winner in the 2016 Calgary Stampede Talent Search. The fact that she won the competition with intense cello-and-vocal renditions of grungy Nirvana songs earned Munson some media buzz back in July. But her accomplishments didn’t begin there, and they haven’t ended there either.

If you watched this year’s Juno Awards, you saw her playing cello with Canadian pop heartthrob Shawn Mendes. If you’ve heard recent a Michael Bernard Fitzgerald tune on the radio, you’ve probably heard Munson too. If you saw a Michael Bubl concert in Alberta in 2014, you saw her. Seen Calgary band Souls in Rhythm recently? You guessed it; Munson has plied her trade on stage with them, too.

And now she’s running away to join the circus – Cirque du Soleil, that is, where she’ll spend the next year singing and playing cello in K, Cirque’s elaborate show at the MGM Grand in Las Vegas. After that, she plans to begin a solo recording career.

For Munson, 2016 has been a highlight reel on fast forward.

“The year has been really crazy,” she says over coffee on one of the last warm fall days of 2016. “There’s been a bunch of sudden changes.”

When 2016 began, she was teaching vocal and cello lessons, studying with Berklee College of Music and auditioning for other opportunities. The call came to accompany Mendes on the Juno Awards broadcast.

“That was awesome,” says Munson. “It was similar to the Michael Bubl thing – you get a random email and you’re like, ‘oh my god, I get to play for a celebrity.”

Meanwhile, she was gearing up to compete in the Stampede Talent Search for a second time. Her 2014 third-place effort had seen her singing the musical-theatre-style song “The Girl in 14G”.

“This year I wanted to incorporate cello and do something cool and unique,” she says. “The Nirvana songs just came to me.”

Munson’s performance, which began with “Heart-Shaped Box” and morphed into “Smells Like Teen Spirit,” was visually and sonically arresting. The classical look and sonorous tones of her cello contrasted with the electronic effects she used to loop and echo its notes – and her vibrant red dress, high leather boots and moody delivery added up to a compelling package.

“My final performance was the best I had ever done it. I felt really strong about it,” she says. The $10,000 grand prize is evidence the judges agreed.

Scant weeks later, she responded to an urgent casting call from Cirque du Soleil for a cellist-vocalist. Then, in a bit of serendipitous timing, a months-earlier audition to be part of the onboard cabaret company for a division of Royal Caribbean Cruise Lines generated an offer, and Munson had two tempting contracts in front of her. She chose Cirque.

Singing was Munson’s first love, and thanks to dedication and a liberal serving of natural talent, her clear, powerful voice is a key part of her career. “Singing is something I just always wanted to do,” she says.

The instrument landed in Munson’s life when she was in kindergarten. Calgary cellist and recording artist Morag Northey, whose daughter Bronwyn was Munson’s schoolmate, came in and played for the class.

“After that class Lizzy came up to me – she was really little, with big brown eyes – and tugged at my clothes and looked up at me and said, ‘I want to play the cello,'” Northey says. “I told her to have her parents call me. A couple of weeks later she came and tugged on my clothes again and said, ‘I’m still not playing the cello yet.’ She was so intense.”

Recalls Munson: “I thought it was the most amazing thing. I had never seen anything like it. I had to do it.”

Northey soon became her cello teacher, and today Munson’s advanced skill as a cellist puts her in a class of her own, says vocal teacher Lauren Ireland of Singsana Performing Arts and The Show Company. “The fact that she plays cello gives Lizzy a tremendous edge,” says Ireland, who first met Munson when she was 11 and became her singing teacher not long after.

“She really just loved to sing, and wanted to sing more. She just blossomed.”

Munson credits Northey and Ireland, along with her first vocal teacher Colleen Dyment, Young Canadians vocal director John Morgan and longtime mentor Scott Henderson, the bandleader and recording artist who’s served as musical director of the Young Canadians among other roles, with inspiration and guidance along the way.

And she says her Young Canadians experience – sparked when her mom, Joni Millar, took a young Lizzy and Sofi to see the Grandstand Show – is largely responsible for her almost eerie level of poise, maturity and confidence. “We were taught how to be professional in the industry. But it wasn’t just the training; it was the family aspect and how everyone just loved being there. It was my favourite thing.” 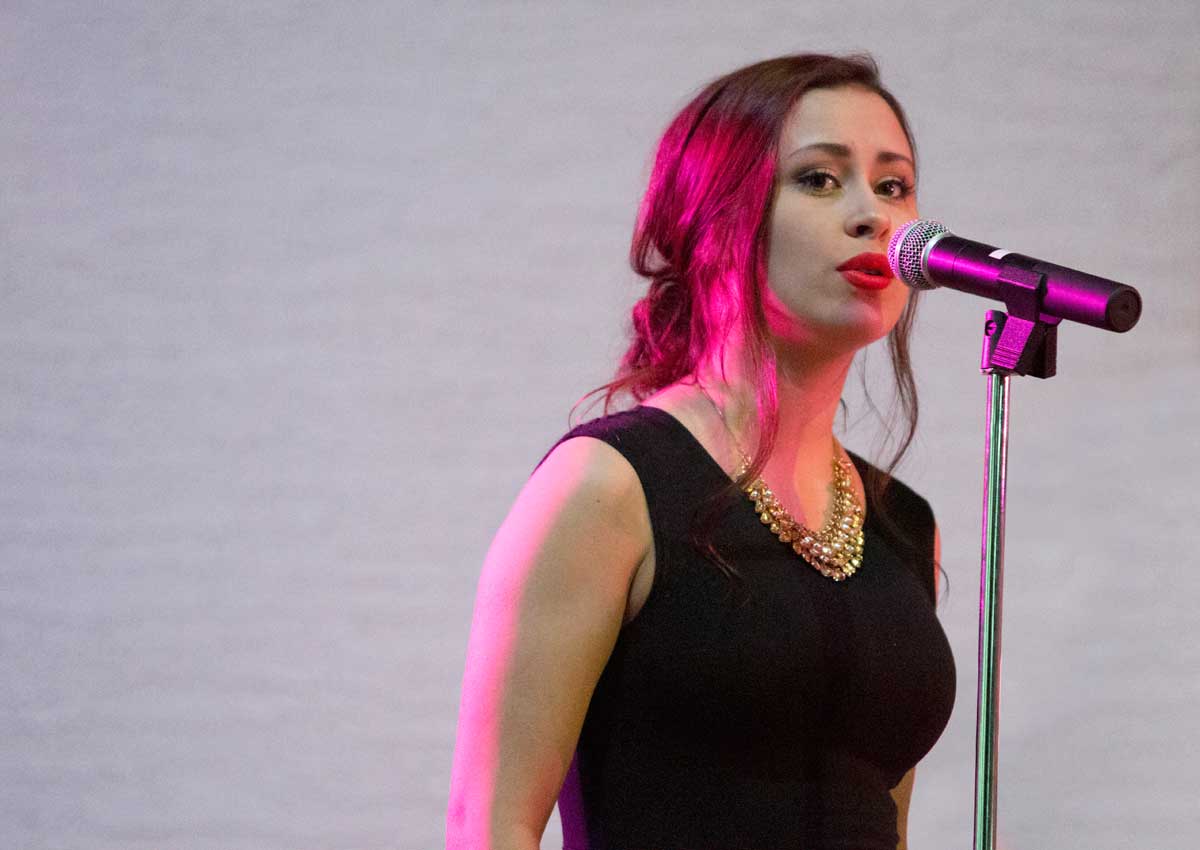 By any measure, Munson has already achieved a rarefied level of success in the entertainment industry.

“If you’re making your income solely on music, you’ve made it,” says Ireland. “That’s my definition of making it, and Lizzy is doing that, at 20.”

“I intend to work on my solo career and have my own music, and start following that path,” says Munson. “I love performing and I’m so happy to be in someone else’s show, but I do want to have my own stuff. I say I’m just starting out because it will be me, as Lizzy Munson, doing my own creations.”

Her personal musical style is, she says, “under construction,” but it will feature strings, vocals and “that electronic pop R&B kind of feel.”

“I want to blend all those things together into something that is unique.”

But first there’s a year – or more – of Cirque du Soleil performances to get under her belt. Along with that comes moving to Las Vegas and making a new life in a new city.