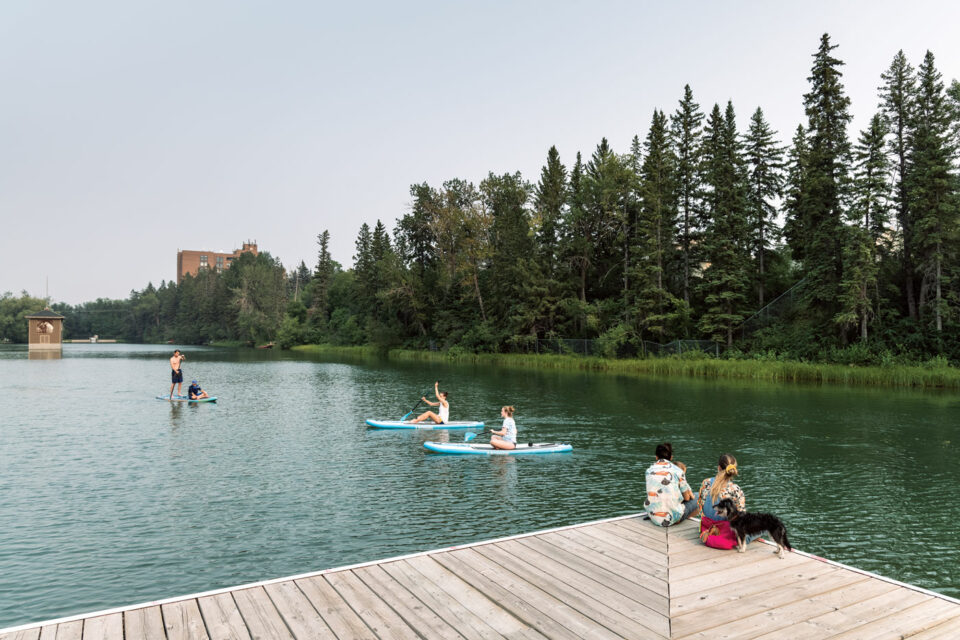 Until 1964, the neighbourhood of Bowness was a separate town on Calgary’s western edge. Today, the city has grown and expanded around it, but Bowness has never lost its small-town feel. Just like many small towns, community events take place often in Bowness. There’s the Tour de Bowness bike race and street festival, the Bowness Auto Parts Show and Shine, Halloween on Mainstreet, and more. But one of the best events is the Bowness Stampede Parade and Breakfast.

Most years, on the first Saturday of the Calgary Stampede, the Bowness Parade winds along Bowness Road from the Shouldice Bridge to the Bowness Community Centre. The procession starts at 9 a.m., but many Bownesians in Western wear begin to plunk down lawn chairs along the route hours before. Like the Stampede Parade, the Bowness event has horses and acrobats and music, with one major difference — every float or vehicle throws candy to the crowd. Bownesian kids know that on parade day collecting Ring Pops and Tootsie Rolls is all part of the fun.

The parade celebrated its 30th anniversary in 2019. Then, like many events, it was required to take pause in 2020. That year, on Christmas Eve, deep into COVID restrictions, a group of Bowness moms decided to start a new parade tradition. They gathered at the Safeway near Shouldice Park and led a festive, socially distanced holiday procession through the community. My little family bundled up to watch the 10 or so vehicles, some decorated in Christmas lights and all with carols blazing, drive through the snow-packed streets. That night we felt a little less isolated.

Natural barriers surround Bowness: two of the main entrances to the community cross over the Bow River. These barriers make Bowness feel distinct from the rest of Calgary, but despite this, Bownesians aren’t exclusive. We’re a friendly bunch and welcome all Calgarians to experience the neighbourhood, whether that means a fresh cup of coffee from Cadence, shopping for a shiny new bike from Bow Cycle, a pedal boat trip around Bowness Park Lagoon or a spot on the sidewalk during the next Bowness parade.