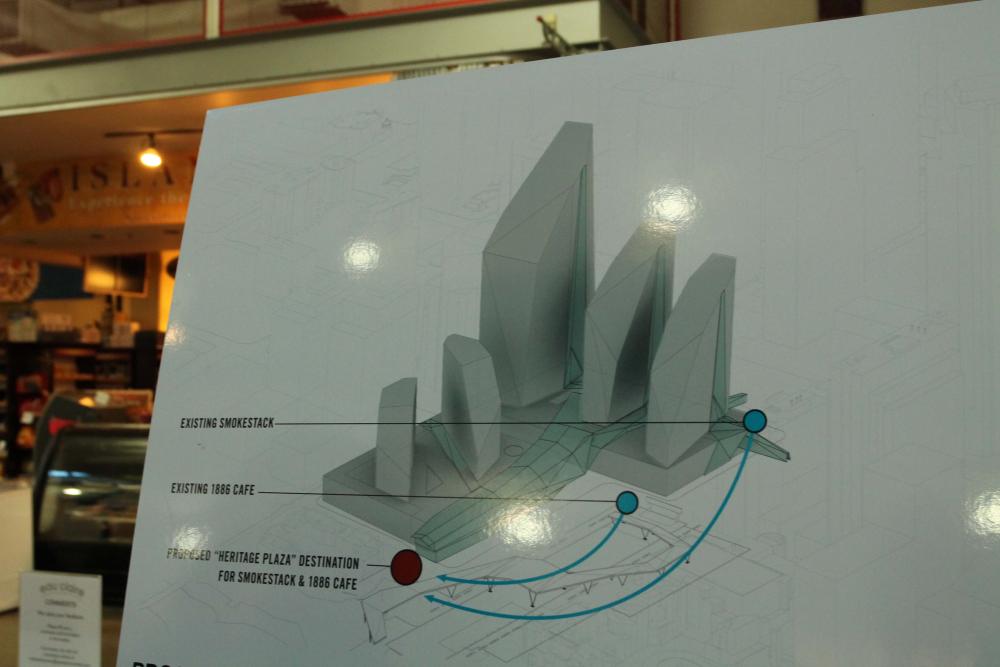 When Eau Claire Market was built is was meant to be a thriving retail market space similar to Granville Island in Vancouver. The market never really lived up to these ambitious goals and there has been talk of redevelopment ever since.

The most recent of these were being prepared as the recession hit, stopping them in their tracks. The related development permit expired in October 2013. Now, there are new plans that were unveiled at an open house at Eau Claire Market.

The new plan entails more than 2 million square feet of proposed space for uses including retail, office, residential and hotel. Designs include five buildings with lower elevations near the river growing taller as they approach the existing office towers further into the downtown core.

“This is really about making a whole new place in Calgary. One that has a wide and diverse set of uses and will attract all kinds of different people for different reasons,” said Jeff Till an architect with Perkins + Will.

The proposed design is also inspired by the plus-15 system and the importance of Eau Claire’s plaza.

“The design is heavily driven by the need to maintain sunlight onto Eau Claire’s plaza,” said Till. “There’s a great new plaza that’s going to happen out here or redevelopment of the current plaza and our entire architectural design is tailored to ensure that sunlight is not blocked onto that plaza.”

The biggest difference between the Area Restructuring Plan and previous plans and this new one is the inclusion of greater amounts of office space.

“They’re contemplating more office than what’s allowed in the policy document and I think that’s the main point of departure for their proposal,” says Pamela Mierau, coordinator of Centre City Planning & Design at the City of Calgary.

The plans are at the conceptual stage and as of now there has been no application for a development permit.

“We have to work with the city and make sure the public is giving us their feedback so we can craft the design to make sure that the stakeholders are involved,” said Rosanne Hill Blaisdell, managing director and vice-president of leasing at Harvard Development Inc. which owns Eau Claire Market. “It would be our intent to try to apply for a city development permit in 2014.”