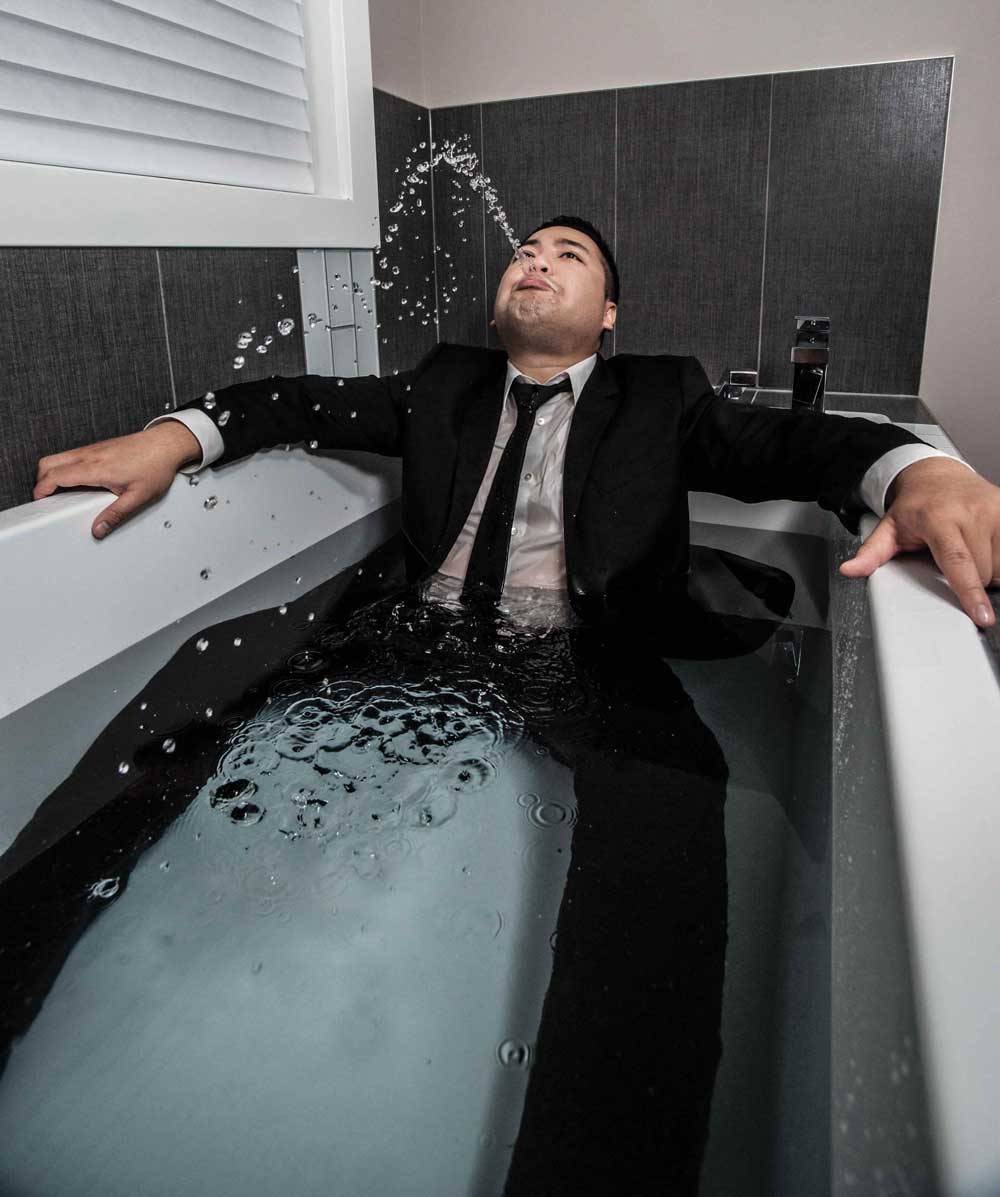 For Andrew Phung, comedy is a muscle, one he has to consistently work out in order to stay in touch with what audiences find funny. This attitude might explain the Calgary-born comedian’s non-stop schedule; this past summer, Phung travelled across Canada, filming the second season of the CBC sitcom Kim’s Convenience in Toronto, emceeing events in Calgary and performing improv in both cities. He even fit filming a part in an upcoming romantic comedy into his schedule.

This month, you’ll find Phung in Calgary hosting the YYComedyFestival‘s gala event. The festival brings well-known comedians to the city (this year’s lineup includes Shaun Majumder and Laurie Elliott) and also involves local Calgary talent. This makes Phung a fitting host, as he’s gone from producing local Loose Moose Theatre Company improv shows to winning a 2017 Canadian Screen Award for his supporting role on Kim’s Convenience. (Not to mention being included in Avenue‘s Top 40 Under 40 class of 2009.)

“I feel like a kid who climbed on another kid’s shoulders and put on a big coat and we snuck into a movie theatre,” Phung says. “I feel like I shouldn’t be here sometimes. It’s been a surreal year.”

The influx of new opportunities for Phung may seem sudden, but he’s been paying his dues in the Calgary comedy scene since he was 16 years old. Phung has seen comedy in his home city flourish, with more stages, improv troupes and opportunities now than when he first started, but it’s still relatively uncommon to see Calgary comedians break into the national spotlight. “Toronto and Vancouver have their scene, it’s spoken for, it’s established. Whereas the Calgary scene is still changing,” Phung says. “There’s room for new producers, who continue to be part of that change. That’s what I love, that the scene here this year is so different than it was in 2012, and so different than it was in 2006.”

Phung’s work has certainly contributed to this continued evolution. By producing his own shows, co-producing annual high-school theatresports competitions and showing that Calgary comedians can find a national audience, he has created a blueprint to inspire the city’s current crop of comedians.

The real benefit of this work, and of YYComedy’s mandate to showcase local talent, isn’t necessarily for those comedians to break out in another city. What’s equally important to Phung is to see Calgary’s comedy community develop further.

“My story has not been written yet,” Phung says. “So when I hear from people that say you can’t make it in Calgary or Calgary’s scene sucks, I say, ‘I’m going to prove you wrong.'”