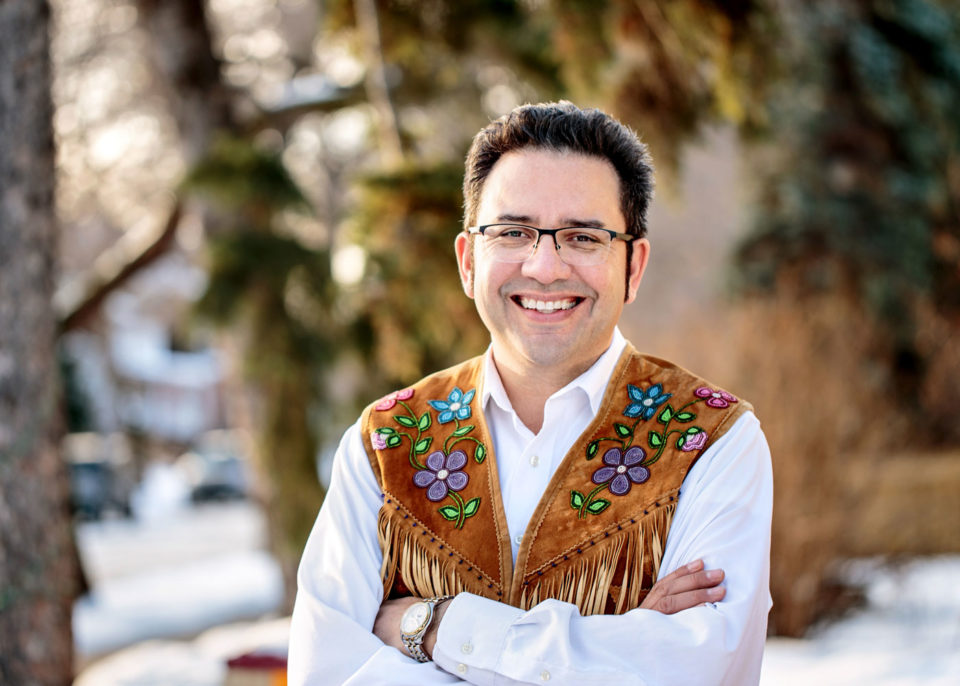 In a year that has been marred by isolation and distancing, Richard Van Camp considers storytelling to be vital if we want to remain connected to one another. Many Indigenous communities have been forced to cancel or postpone sacred traditions and ceremonies due to COVID-19, but Van Camp’s ability to share his stories and the ones passed to him by Elders carries on through his latest position as the Calgary Public Library (CPL)’s first storyteller in residence.

“The story is boss. The oral tradition reminds us what it means to be human. To be together,” says Van Camp.

As the storyteller in residence, Van Camp’s 10-week presence includes online workshops and virtual one-on-one consultations for all-ages to discuss story crafting and techniques as well as more personal and niche projects.

Given Van Camp’s illustrious career, he will undoubtedly have plenty to offer to those who have the opportunity to take part. Van Camp is one of the most distinguished authors in Canada with more than 20 publications to his name, roughly one for each year he has been writing. He was also named Storyteller of the Year by the Wordcraft Circle of Native Writers and Storytellers.

But Van Camp is a proud Tlicho Dene man before anything else. Above being an author, artist or poet, he is still a kid who grew up in Fort Smith, Northwest Territories, and found his identity in listening and learning from his community’s Elders, though at times it was difficult.

Throughout high school, Van Camp wondered why his family members spoke Dene or Dogrib while he learnt French in school.

“My own grandparents were Dogrib and didn’t speak a lick of English. To hear their stories, I had to use a translator. My mom went to residential school and I always had the question of why we never got to learn our language.”

After graduation, he took a job as the driver of a bus for the community seniors and those with disabilities. It was there he turned his ears and heart towards the powerful words being shared by the esteemed community members. His journey to connecting and learning his culture began.

“When I got the job and started listening to the Elders, I realized that nobody was recording them. Sometimes it takes an outsider to sit down with a tape recorder and ask them to tell their stories of spirits or miracles one more time. I was learning what it meant to be a northerner,” says Van Camp.

Van Camp went on to attend the En’owkin International School of Writing in British Columbia, the University of Victoria and finally the University of British Columbia, all while working as a script consultant on the renowned television series North of 60. It was also during these years that he penned The Lesser Blessed, a coming of age story loosely based on his community. The novel was later adapted into a film in 2012.

Now, Van Camp will once again share his culture, craft, traditions and inspiring stories of Indigenous resilience and beauty during his time as CPL’s storyteller in residence. During upcoming events, Van Camp will use his experiences to cover topics such as medicine gathering and miracle stories, documenting stories passed down from ones family and community, and visual storytelling.

“I find that right now we are all very lonely for stories,” says Van Camp. “Each of these stories were a gift to me when I was a student or a driver and I was looking for hope — it is my joy to share that hope that was entrusted to me.”