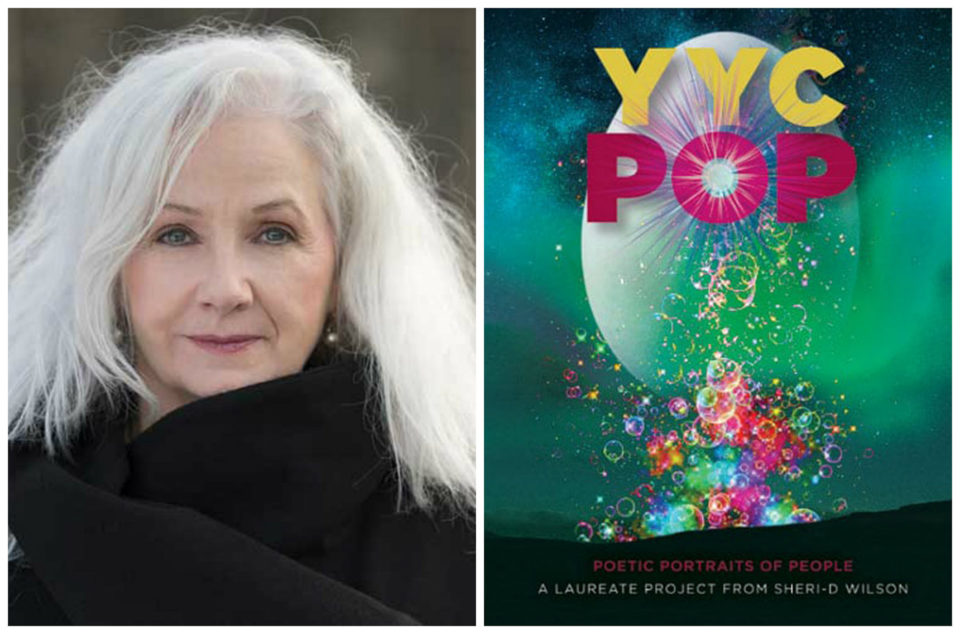 Sheri-D Wilson’s new book and online exhibition YYC POP: Portraits of People is her legacy project as Calgary’s most recent Poet Laureate emeritus. The concept is at once simple and complex: Calgarians (current and former) write word portraits of fellow Calgarians without using their names.

“I immediately thought about portraits,” says Wilson of conceiving the project. “Often, writers write about themselves, and I wanted to see what would happen if people looked outside themselves and saw everyone else’s contribution.”

A call for submissions yielded 200 works, of which 77 poems and works of creative prose were chosen by a jury. Each work includes a literal portrait of its author by artist Kelly Sutherland. The book includes notable figures like Jann Arden, Mayor Naheed Nenshi, each of Calgary’s Poet Laureate and others, as well as a few first-time authors.

Wilson says that part of the spirit of the project is inclusivity, so when it came time to narrow down the submissions, it didn’t feel right to omit anyone. That’s why she also launched an online exhibition to showcase every other submission.

“The people who are not in the book still get to be seen and heard and highlighted as an important voice in the city, so that no voice is more important than any other voice,” says Wilson.

YYC POP also had a second run of submissions following the onset of the global COVID-19 pandemic from students of all ages — “from 6 to 120 years old,” quips Wilson. This second round will be published online early this month.

The book is out now through Frontenac House and an online launch event will take place September 26th. Learn more at sheridwilson.com.