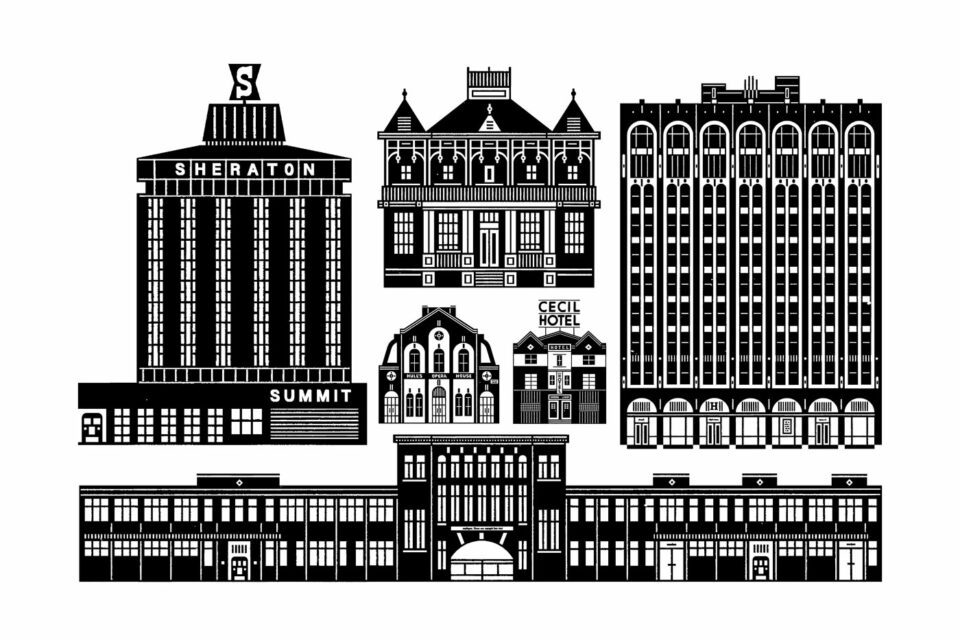 These six buildings no longer exist in Calgary, but their legacies are enshrined in Raymond Biesinger and Alex Bozikovic’s book, 305 Lost Buildings of Canada (Goose Lane Editions, March 2022). Merging his love of history with his “rectangular and blocky” illustration style, Alberta-raised, Montreal-based Biesinger started bringing some of Canada’s defunct structures back to life in a print series in 2012. Now, the illustrations make up a 200-page book, accompanied by synopses by Bozikovic, architecture critic for the Globe and Mail. There are 19 buildings in the Calgary section, from ranchers’ mansions to Biesinger’s personal favourite, the Summit Sheraton Hotel, formerly of 220 4th Ave. S.W.: “It’s one of those buildings that desperately attempted to be part of the future,” he says. “It was a giant cylinder of 1960s modernism, complete with rotating restaurant. It was demolished just 24 years after being built. I guess it just wasn’t futuristic enough.”