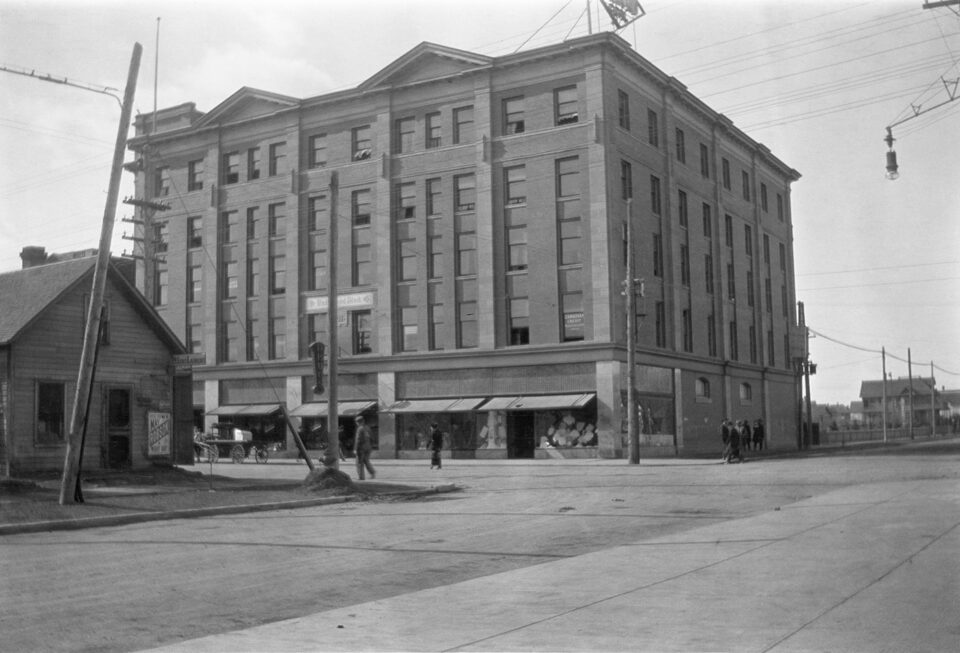 Built in 1911, the Underwood Block is one of many buildings developed by notable businessman and former mayor Thomas Underwood (1863-1948). Some of Underwood’s substantial commissions, like the first Bank of Montreal and the original Hudson’s Bay Company on Stephen Avenue, helped shape what is now downtown Calgary at the turn of the 20th century. The five-storey Underwood Block with three-storey annex was one of two buildings that helped shape 1st Street S.W. into a thriving commercial and residential area. The annex housed Underwood’s offices until his death in 1948, while the fifth floor of the Underwood Block was designed specifically for the YWCA to use as temporary housing for young women.

While the original Underwood Block building was torn down in 1988 after a devastating fire, the Underwood Block Annex is still standing and, in 2009, was added to the Inventory of Evaluated Historic Resources, an initiative of Heritage Calgary and the City of Calgary. In 2019, Western Securities Limited, a Calgary-based real estate holding, property management and development company, built The Underwood, a residential rental property on the south side of the annex (a separate condominium tower was built next to the original five-storey Underwood Block in 2009). In 2021, Western Securities opened First Street Market on the first floor of The Underwood. The modern food hall features local eateries and food vendors, with a new location of Teatro Group’s popular Alforno Bakery & Café taking over the former annex.