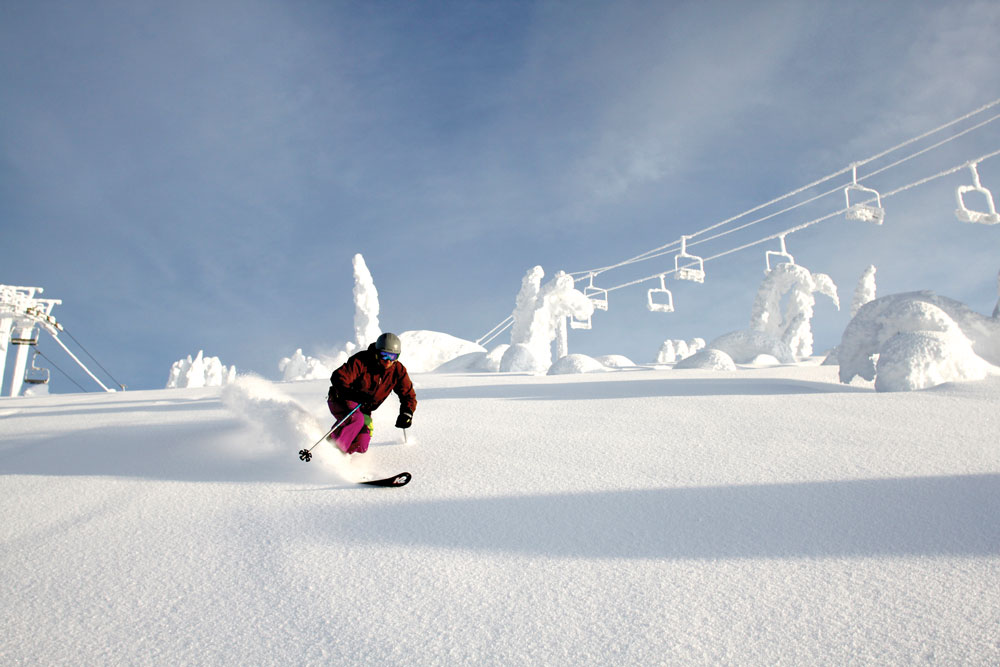 Tucked up near those crazy Canucks, this mountainous state is known for empty ski resorts and cold smoke powder – the kind that hangs in the air long after you’ve trenched a turn through it.

But, other than its prodigious snowfall, Montana’s reputation remains that of a rough-around-the-edges outpost, something that keeps towns like Whitefish wonderfully accessible and quiet for Canadians who make the trip south.

Every winter, the bible of skiing, Powder Magazine, holds a contest in which locals battle for the title of Best Ski Town in North America. In the 2013 version, the fierce pride of Whitefish locals allowed them to edge out perennial favourite Whistler Blackcomb, a coup of epic proportions in the ski world. But it makes sense. This is a town that loves skiing, snowboarding and the lifestyle that celebrates both. Powder wrote, “Whitefish is a town of hard-charging, deep-turning Montanans who hold their local mountain close to their heart.” It’s no wonder we Canadians keep storming the border to sample their uniquely Montanan flavours, of which the mountain is only one.

Located about five hours from Calgary, Whitefish sits on a namesake lake in the beautiful Flathead Valley. The border crossings into Montana are as infamously quiet as the state itself. Once you arrive, you find a town with a charming Main Street located only a 15-minute drive from the ski resort.

Single-minded skiers and snowboarders may choose to stay on mountain; if you’re looking for aprs as much as you’re seeking powder, the amenities of staying in town might suit you better. Either way, you’ll find Whitefish to be quieter, more affordable and a little more rustic than the ski towns we’ve got above the line. 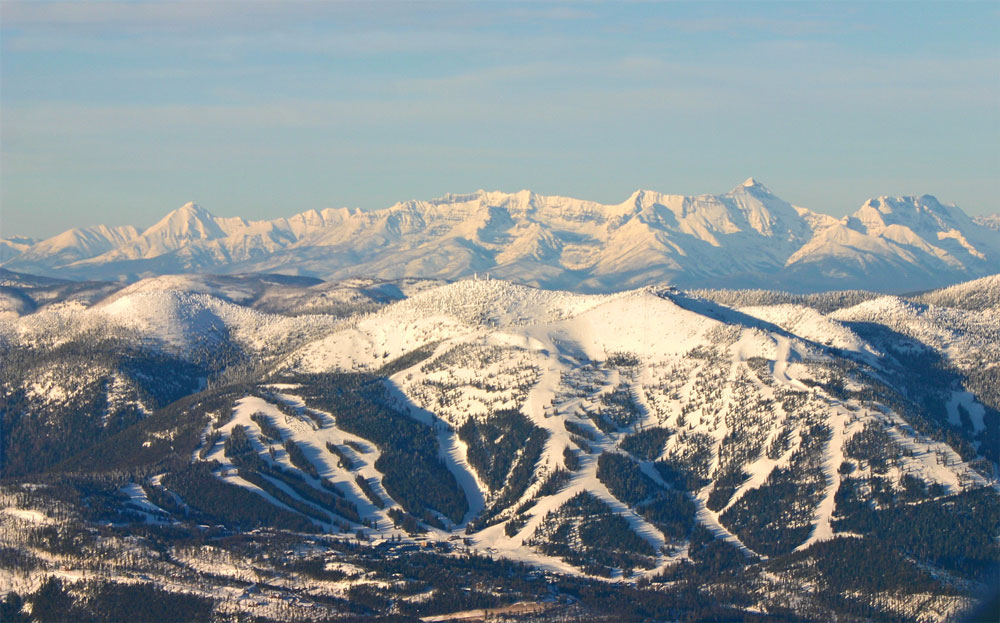 At 3,000 acres, Whitefish Mountain Resort is huge. As with every ski area west of Saskatchewan, there is a little something for everyone here, but a lot of the territory suits beginners well, which is a boon for families.

The mountain consists of three distinct areas, with most of the skiable terrain being on the front side. Twelve of the area’s 14 lifts service the frontside, so this is where most people will find themselves. With a relatively low elevation, the frontside does get the heavier snow that comes with this.

The back bowl leans more toward tree-skiing, deep, light snow and black diamond, but comes with a bit of a caveat – the run out back to the base is flat and boring.

Whitefish is a great spot for intermediates. Long groomers from the summit like The Big Ravine, Inspiration and Toni Matt allow fast, smooth, sustained skiing.

Those who want to get rowdy can slide toward Hellroaring basin, the most advanced (and best) skiing on the mountain with cliffs, steep chutes and tighter tree-skiing. 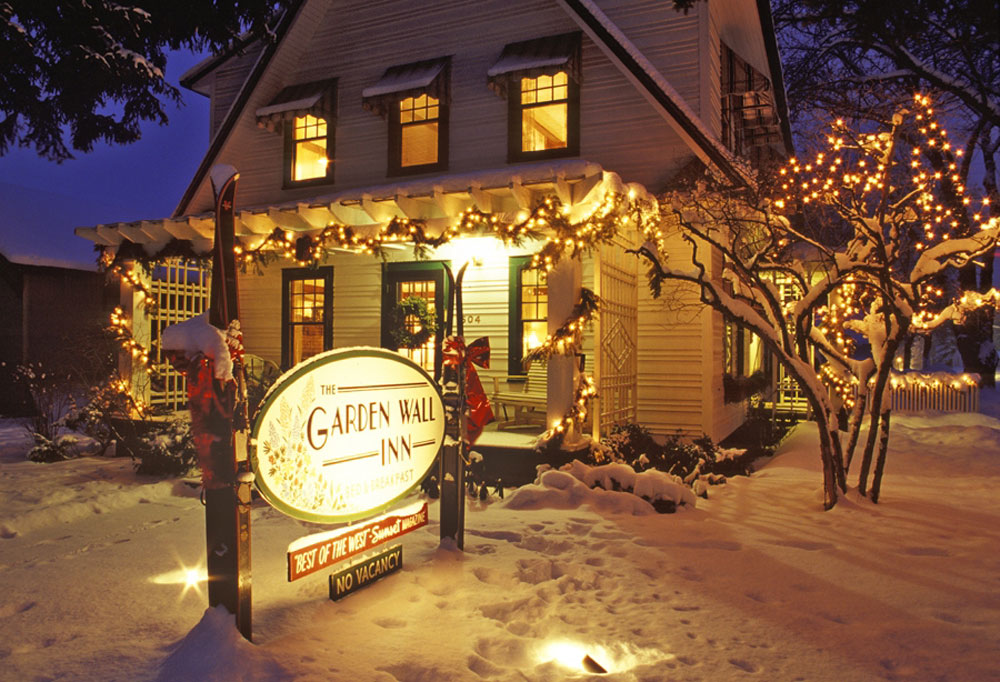 Whitefish’s crown jewel, this hotel is overwhelmingly popular. Located right in town and featuring impeccable service from the long-time local owners, the Garden Wall may as well take the title for best accommodation in Whitefish. The bonus? It’s chef-owned, meaning you’ll never have to leave the inn to eat some of Whitefish’s best fare.

The Lodge at Whitefish Lake

Waterfront and convenient, The Lodge is one of Whitefish’s most notable resorts, featuring a marina, sprawling pool and a poolside bar and grill. A little more expensive than most, it stands out as an almost-luxury resort in a town with mediocre accommodation.

Where to eat, drink and meet Montanans

Breakfast is religion in mountain communities. A big day on the mountain requires a big meal in the morning. Hit up Loula’s for classic breakfast and brunch, amazing pie and the kind of massive servings only Americans know how to eat.

Straight up, this is the only place for proper aprs in Whitefish. Bierstube is a classic local bar with a lack of pretense and a side of authenticity. It’s the kind of place where dirt-cheap PBR is the drink of choice, ski films dominate the TV screens and the urinals have headrests above them.

For the cultured: Tupelo Grille 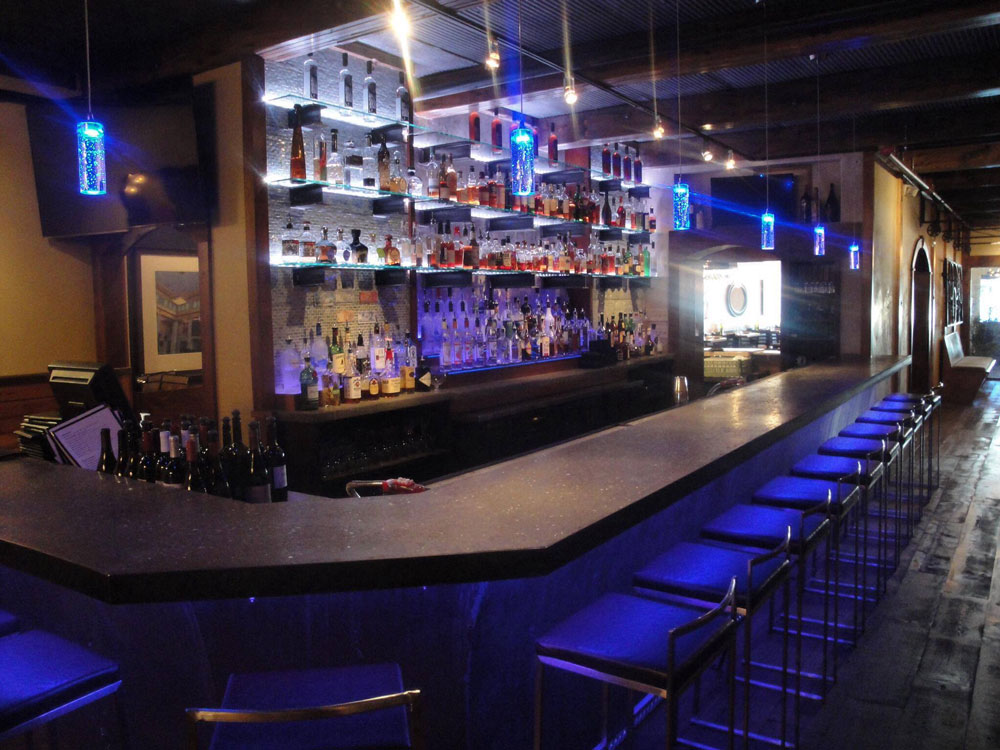 Generally regarded as the best dinner in town, this Cajun restaurant serves up the kind of meals Canadians hear about but never get to eat; gumbo, shrimp and grits and catfish. Step outside the steak box and get spicy here. Call ahead for a reservation as the place is popular.

A late-night bastion of partying, this bar is far from swanky, but it’s definitely dialled into the local scene. The walls are adorned with signs of all the failed businesses in the area, paying honour to the fallen. During busy nights, the service leaves something to be desired, but the energy is up, the music is loud, the drinks are strong and the party is kicking.

This grocery store has all the food and supplies you need if you’re looking to hole up in the hotel, including an impressive array of Washington and Oregon wines and a killer selection of microbrews.