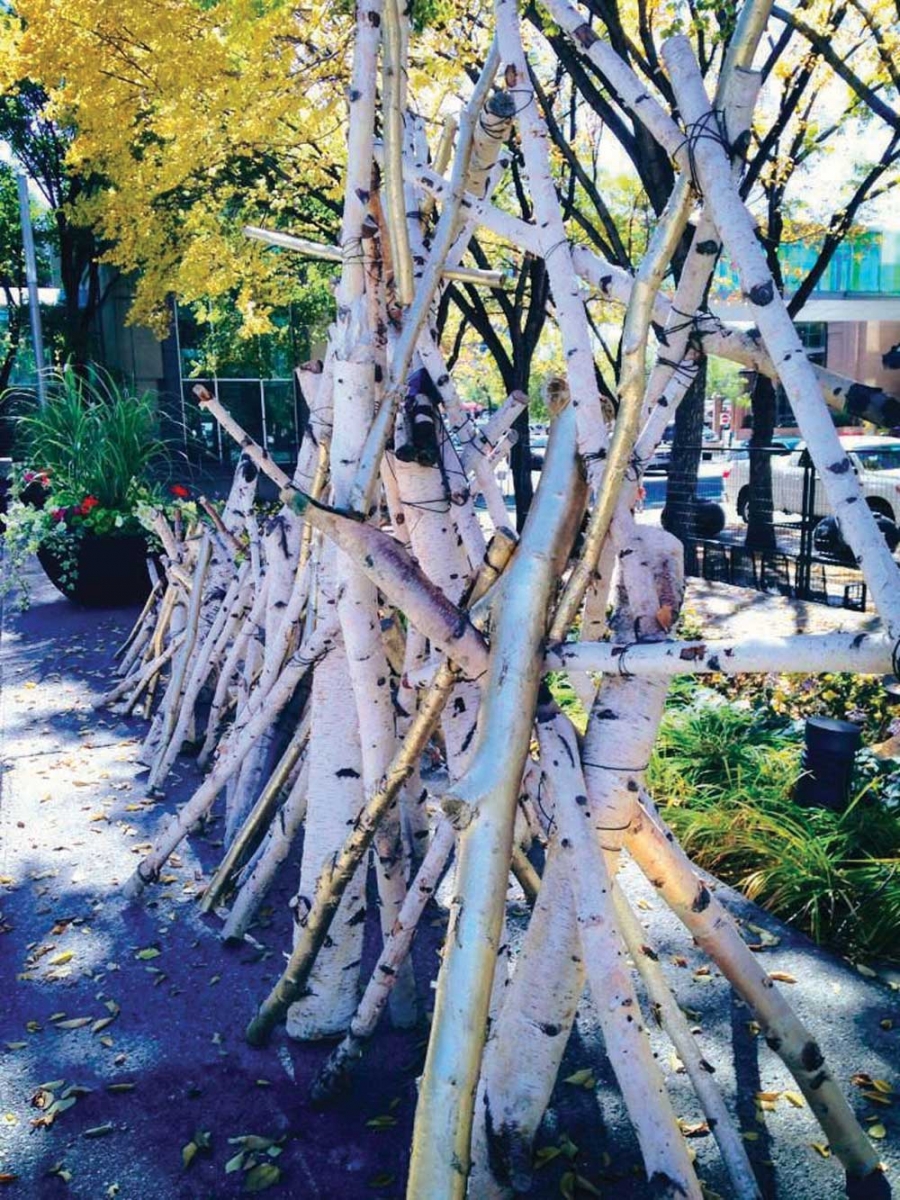 After a bad storm, it’s not uncommon to see many of Calgary’s parks littered with branches and other debris – and such was the case after last year’s notorious “Snowtember” blizzard.

But Lindsay Gurevitch, an intern interior designer with Manasc Isaac, saw more than just mulch in the debris of last September’s freak snowstorm and decided to make it into something more appealing.

Gurevitch, who was asked by a friend to help create a VIP event for September’s Nuit Blanche festival, thought the hundreds of fallen tree limbs and branches littering city parks could be put to better use. She asked the City of Calgary’s Parks department for access to the damaged wood, and, in collaboration with several design students from Mount Royal University, turned a truckload’s worth of birch branches into a series of ground-level to eight-foot-tall installation pieces for Nuit Blanche.

“I didn’t have enough to do an entire fence,” Gurevitch says, “but I wanted to create a couple of pieces of artistic sculpture at key locations in the event area.”

The pieces were so popular, they were left up after the festival for the public to enjoy for about 10 days.

This wasn’t Gurevitch’s first time working with reclaimed wood; prior to Nuit Blanche 2014, she’d salvaged an old green ash tree from a project site she was managing. Gurevitch’s partner, carpenter Dave Chalmers, was then able to turn the wood into a table for Manasc Isaac’s Edmonton office.

Now Chalmers works with City of Calgary Parks and local arborists to reclaim unwanted wood that Chalmers, who has a background in furniture building, has been able to transform into things like tables and mantelpieces.

“It’s the right thing to do,” says Chalmers. “Pretty much anywhere else in the world, a tree gets used 100 per cent; it doesn’t get mulched.”

Since both he and Gurevitch work full-time, Chalmers says they’re happy just to let the side project grow at its own pace. “There might be an opportunity down the road, because we can grow it organically,” says Chalmers. “You never know – we’ll see where it goes.”