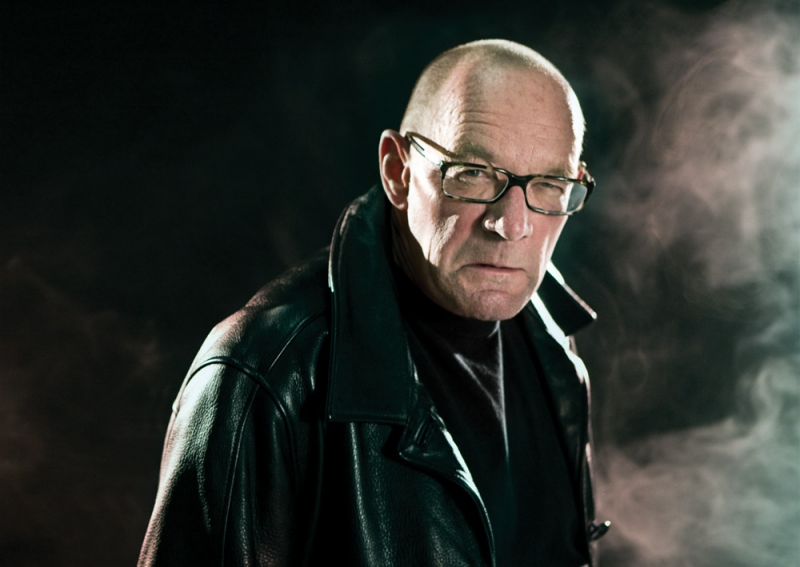 In 2018, Stephen Hair celebrates his 25th year playing Ebenezer Scrooge for Theatre Calgary so we are throwing back to this article from 2009. All of the facts were correct as of December 2009. Hair is a little older now with more experience, but his original quotes about playing the timeless character are still great nine years after he originally shared them with us.

Theatre Calgary’s A Christmas Carol is on until December 23. For tickets and more information, visit theatrecalgary.com.

Experience: The prolific Calgary actor has been in more than 250 productions across Canada including many for Alberta Theatre Projects, Theatre Calgary, Lunchbox Theatre and Stage West during his 40-year career; for five years, he was the artistic head at the Pleiades Theatre, now the Vertigo Mystery Theatre; in 2008, he won the Harry and Martha Cohen Award.

“My first encounter with Scrooge was watching Alastair Sim on TV when I was a little kid. That was our family tradition. I still think he plays the best Scrooge ever in that black-and-white version.”

“I’m a character actor. I’ve been playing 90-year-old men since I was 19 years old. I always knew I wanted to play Scrooge.”

“In 1994, I got asked to be Scrooge. I had been playing the other roles of Jacob Marley for five years and the Ghost of Christmas Future for three years. I was called into the office to talk to the director and he said, ‘I want you to do Marley again.’ I said, ‘No, I don’t want to do Marley again; let’s just call it quits.’ A couple of weeks later, he called me and said, ‘Okay, let’s talk about Scrooge.’”

“The first [performance] was what I called the ‘Farce Scrooge.’ It was cartoon. I had a big white pompadour wig, enormous makeup and great big acting. It has evolved from that, thank God.”

“For years, I fought the old Canadian Tire version of Scrooge; the ‘Give like Santa, save like Scrooge’ characterization. I was always fighting it because the audiences wanted that and I wanted to wean them off that. There’s a deeper, darker, more interesting story here.”

“I’ve always wanted to find the true heart of the man. He’s a businessman; he took some bad career paths, some bad life paths and made bad decisions, that’s all.”

“It’s interesting seeing how different people do different takes on Scrooge. When I’m flipping around on TV, even if I’ve seen a version before, I have to watch it. I can’t not watch it. The Muppets version of A Christmas Carol is one of my favourites, not necessarily because of Scrooge, but because of the other characters and how they relate to him.”

“The very first time I [played the role], I had an Eat-More bar before the show. And the show was a huge success. Ever since then, I’ve been addicted to Eat-More bars. It’s become like a good luck charm.”

“I’ll do it probably as long ask they keep asking me to.”