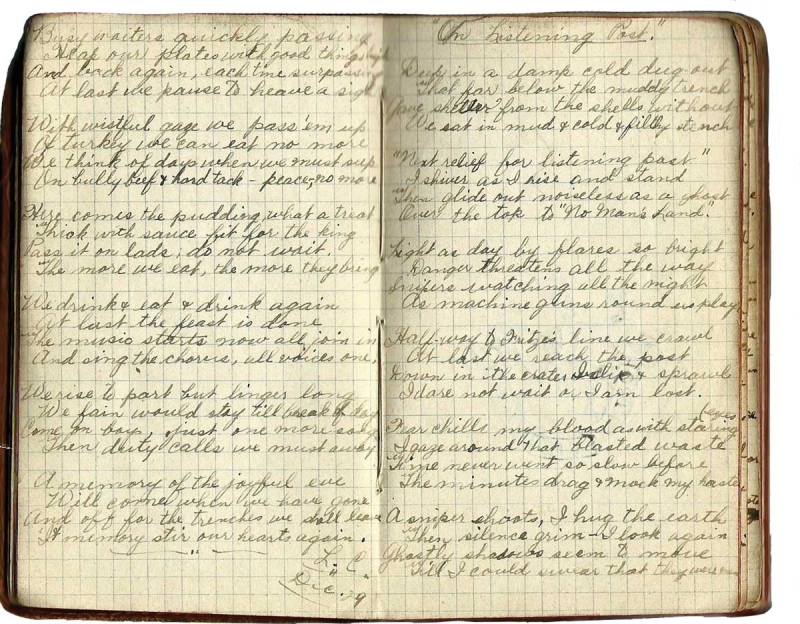 Journals written by Corporal E. Leroy Churchill, 8th Battalion, CEF, during the First World War were rediscovered 100 years later when his descendants began to record their family history. Churchill, who was from Alberta, kept a daily record of his wartime experiences and also penned poems that offer his unique insight into life in the trenches. In honour of the 100th anniversary of the November 11 armistice that ended the First World War, we are reprinting one of Corporal Churchill’s poems.

A sniper shoots, I hug the earth
Then silence grim — I look again
Ghostly shadows seem to move
’Til I could swear that they were men

The silence and the darkness seem to crash
And then with awful roar
And jets of flame our guns spit forth
Their messages of hate — Ah! this is war

At length my dreary watch is o’er
The new relief is in my place
With thankful heart I leave him there
And cautiously my way retrace.