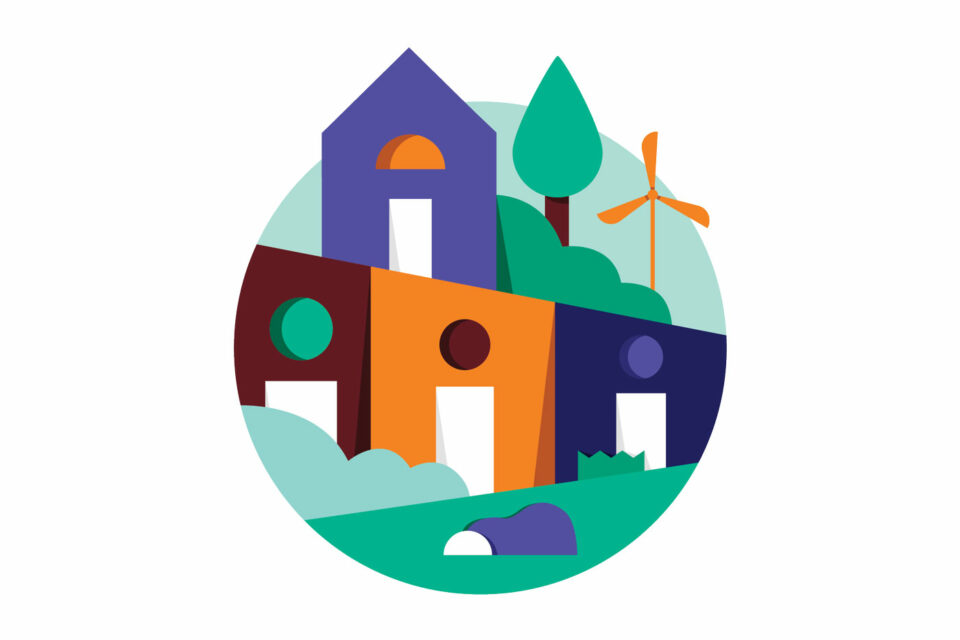 Estimates suggest that Calgary’s population will increase to 2 million people over the next 50 years. So, we can certainly expect that more homes will be built. But what kinds? And where?

“The one thing we know about cities is that they are never static,” says Robyn Jamieson, a senior planner at the City of Calgary’s planning and development department for the guidebook for great communities. “There’s always growth and evolution happening within cities around the world.”

By 2040, Calgarians aged 65 years or older are expected to account for 20 per cent of our total populace. In part because of this, Jamieson says, Calgary needs a range of residential buildings to create diverse neighborhoods and even households, where seniors can age-in-place alongside young professionals or in multi-generational homes, and where neighbourhoods encourage strong social networks. While Jamieson says that low-density areas and new communities will be popular for a long time and “won’t be going extinct,” she believes the goal for city planners is to work toward a compact urban city with more mixed-use and high-density buildings such as condominiums, apartments, row homes or townhomes by revisiting established neighborhoods and repurposing existing infrastructure.

Ben Klumper, co-founder of Modern Office of Design and Architecture (MODA), predicts multigenerational households will become more popular in Calgary and influence how spaces within a home are used. “There’s an economic value to integrating generations, but there’s also an intrinsic social value — you see it all the time, how little kids and older people interact and react to one another. It’s such a valuable thing,” he says.

While Klumper says it’s too early to tell what long-term effects the pandemic will have on residential housing design, the events of the past year have emphasized how much humans are a social species, while also putting a spotlight on home workspaces. Klumper says it wouldn’t be a surprise to see the return of the true home office, “something that you might have seen maybe decades and decades ago in the more formal home,” noting that it’s financially easy to incorporate this into most floorplans, especially in single-family homes.

Erica Lowe, founding principal of Lola Architecture, foresees developers and architects using technology and design to construct and market affordable multi-family residential buildings that are energy efficient in order to meet the requirements for government grant and funding options.

“What a lot of developers are doing now is running energy modeling and showing how much energy they can save,” says Lowe. “We can show that we’re going to reduce energy costs and then reduce our greenhouse gas emissions in the future.”

The benefit is two-fold: lower energy use, and therefore lower long-term cost, could attract more types of residents under one roof, while also increasing the amount of affordable housing being built in the city. The need for affordable housing has been highlighted by the pandemic, which made overcrowding not only uncomfortable, but unsafe for public health.

While a lot of the talk about the city focuses on the inner-city, many future homeowners will still have an appetite for suburban and satellite communities. And as with, everything from groceries to clothes, people are also increasingly comfortable shopping for their homes online. Wanda Palmer, vice president marketing at Trico Homes, says that during the pandemic Trico increasingly connected with potential homeowners using artificial intelligence and other online tools to enhance the home-buying experience.

“Technology is going to really transform how people shop and how they buy,” says Palmer. But she also notes that technology supplements the element of human interaction rather than replacing it entirely. “I think that the city and developers and home builders, we’re just going to have to get a little bit more flexible and be able to meet the needs of what people really, really want,” Palmer says.