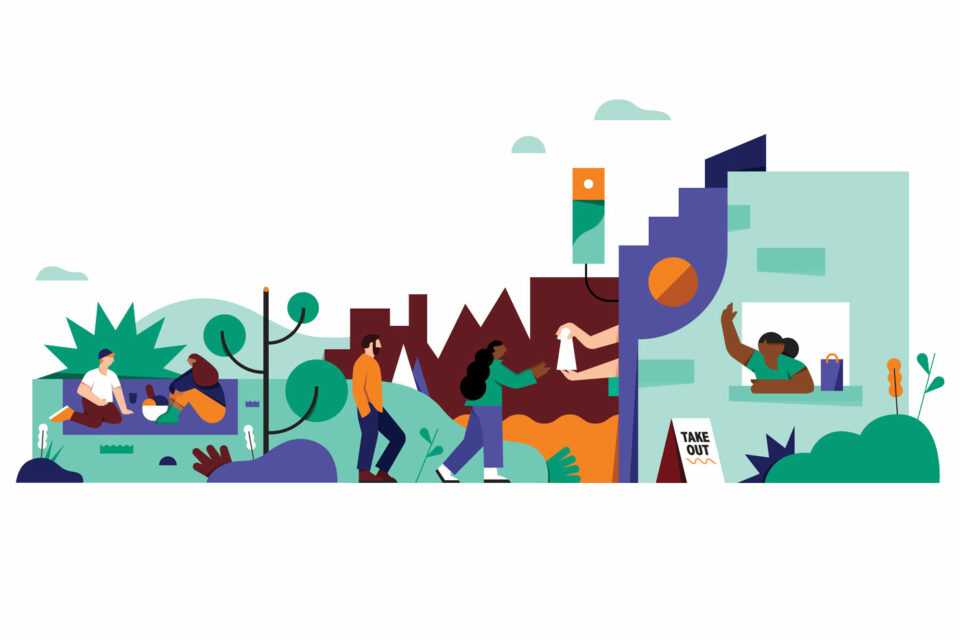 The immediate, reactionary changes to dining in Calgary have had a significant impact on the future of the restaurant industry. And according to those involved, some significant trends have already surfaced. Online ordering will likely continue to be a choice for many, and restaurants will likely downsize their dining rooms as a result.

In December, Cody Willis, founder of Thank You Hospitality, a group that includes the A1 family of restaurants as well as Calcutta Cricket Club and Native Tongues Taqueria, said that uncertainty during the height of the pandemic was the most difficult thing to manage. Regulations involving masks, social distancing and capacity reductions forced Willis and his group to look at how staff were being taken care of.

“We want to always make sure that our staff feel safe and supported. You can never plan for something like this to happen, but staff need to know that you’re looking out for them,” Willis says.

At the same time that in-person dining disappeared, food delivery soared. Willis says this is something that now needs to be part of plans when opening new locations, as his group did throughout the pandemic with the new A1 Cantina in Britannia Plaza. “Having better pickup areas, thinking through how people wait for their food, maybe building in pickup windows, are all things we have had to think about when expanding,” says Willis.

Despite preparing for continued take-out service, Willis thinks people will want to be back in an energetic and lively environment when it is safe to do so. “I think there are going to be many who just miss that human connection and energy that these rooms have,” said Willis.

Commercial real estate broker Michael Kehoe, owner of Fairfield Commercial Real Estate Inc., says multiple trends that were bubbling to the surface pre-pandemic have accelerated because of the current disruption. “Spaces over 3,000 square feet are becoming way less desirable as restaurateurs look for less overhead and rent. We have seen ghost kitchens and pop-ups before in the city, and I think that is going to continue to grow as we go forward,” Kehoe says.

Expect to see several concepts sharing one kitchen — in some cases using the dining room at different times of day and in some cases not having an eat-in space at all. Restaurants that are intended to be takeout only might also choose traditionally less desirable, cheaper spots off the beaten path, such as industrial areas. However, Kehoe predicts trendy areas will maintain traffic and popularity if landlords are willing and able to break larger restaurant spaces into multiple smaller spaces.

Kehoe’s approach to brokering a deal between food service professionals and landlords is based on relationship-building and for the past eight years his team has acted as a mediator of sorts. He finds that these services are more relevant now than ever. “We make sure that what the chefs and professionals are signing in terms of leases and agreements are fair and that they are protected. In the past year we have included pandemic-centered language in contracts. People need to be able to feel secure,” says Kehoe, echoing Willis’s point about restaurant owners struggling with uncertainty.

Kehoe believes that Calgary’s restaurants are currently shifting into the next phase of survival and he thinks that in order to provide a recovery, or a cushion from the impact of the pandemic, landlords should be creating new rent arrangement that fix the restaurant’s rental expenses with an acceptable percentage of gross sales.

“This is an industry with notoriously thin profit margins. They need a lifeline more than ever,” says Kehoe. Restaurant spaces not only have an impact on individual diners but on the city as a whole, with destination dining areas creating vitality. Figuring out how they can adapt will be important not only for the restaurant industry, but for the resilience of the city.