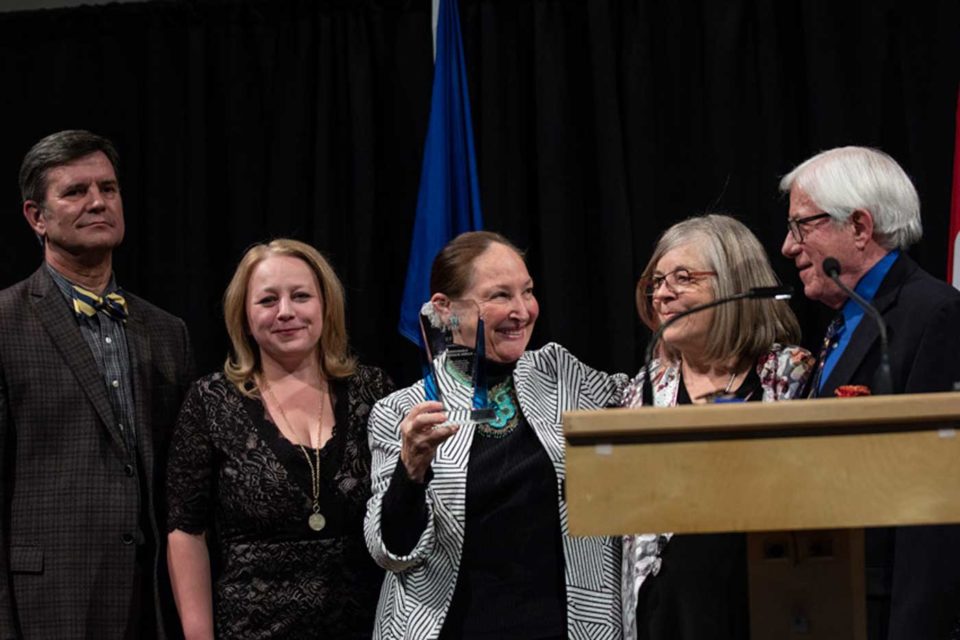 Established in 2006 at the University of Calgary, the award officially moved to Mount Royal University (MRU) in 2016 and became part of what is now the John de Chastelain Peace Initiative, which also includes a peace and conflict studies program and public lecture series. Mark Ayyash, an associate professor at MRU, is the director of the initiative and oversees the peace prize. He says both the prize and the larger initiative are designed to encourage discussion about conflict issues.

“This year we’re highlighting environmental justice, and that affects everyone,” says Ayyash. “[Climate change is] having drastic effects on peace and conflict issues across societies, whether you’re talking about environmental refugees or the scarcity of resources.”

At this year’s ceremony on April 3, MRU will award the prize to Anote Tong, the former president of Kiribati, a country comprised of small islands just seven feet above sea level. A number of studies, including one by the World Bank, show that rising sea levels caused by climate change threaten to overtake the islands. Tong has dedicated his life to environmental advocacy.

The main criteria to qualify for the Calgary Peace Prize is a lifelong commitment to peace, and anyone can nominate someone they think is deserving. A six-person selection committee comprised of Calgarians with a vested interest in peacekeeping — including a community organizer and former United Church minister — then selects the winner. The prize ceremony, the initiative’s marquee event, includes a 30-minute speech by the recipient followed by a round-table discussion. “We want to highlight the individual who is receiving the award, but also elevate public discourse over the issues that person has worked their entire life for,” Ayyash says. “We’re not trying to tell people what to think; just to engage them.”

Asked if he’s surprised that notable honourees eagerly attend a ceremony for a lesser-known award, Ayyash says yes, then laughs. “Every time they reply to me I go, ‘Why are these people responding to my emails?’” Ayyash says. “These people care so much about the issues they’ve dedicated their lives to that they just want to continuously share [about] them.”