Tucked away behind the trees and shrubbery that shied it from the traffic on nearby Macleod Trail and 25 Avenue S.E., Reader Rock Garden isn’t the most prominent of spaces. And yet, as home to William Roland Reader, Calgary’s Parks superintendent from 1913 to 1942, it played a prominent role in the development of Calgary’s ecosystem.

In 1912, the city built an arts and crafts style cottage on Union Cemetery land, which welcomed William Reader and his family as its first long-term tenants in 1913. When Reader, who’d moved to Calgary from England in 1908, took up residence in the cottage, the hillside surrounding his home was bare and with time would most likely erode. He began setting rocks into the hillside in an effort to stabilize the surrounding slopes, leading to the creation of the garden we know today.

As park superintendent, Reader wanted to help beautify the city and let people know what they could plant here. At the time there were lots of immigrants new to the city who were unaware of what could grow in Calgary’s climate. With special permission from the government, Reader would take plants from the nearby mountains, bring them back to his garden and see if they would survive. If it did, he would send the plant down to his greenhouses, where they would propagate it and then either sell it to the public or Reader would plant them in city parks or gardens. Reader helped create more than 800 acres of parks systems and planted hundreds of trees, including those along Memorial Boulevard.

During Reader’s stay, the garden counted more than 4,000 types of plants and countless rocks and stones. A visit to Reader Rock Garden back when its namesake still lived there was by invitation only, so those curious to see inside would “bribe” him with rocks to add to his collection in exchange for a visit. Reader retired as superintendent in 1942 and was scheduled to move out of the home by the end of 1943. In April of that year, he died of a heart attack, which some parks officials think of as “dying of a broken heart” over having to leave his beloved garden. The home where he lived for more than 30 years was expensive to heat and torn down in 1944. The garden fell into disrepair.

In 2004, the city once again took in interest in the garden, recreating the original as closely as they could, even rebuilding an exact replica on the sport where the original house once stood, give or take an inch. By 2006, both the house and the garden were ship shape and open to the public. Visitors can learn the history of the gardens by reading information panels spread throughout the grounds, and they can stop for a bite to eat at the Reader’s Garden Cafe, on the second floor of the house.

Reader Rock Garden is located at 325 25 Ave S.E. and is open from sunrise to sunset. 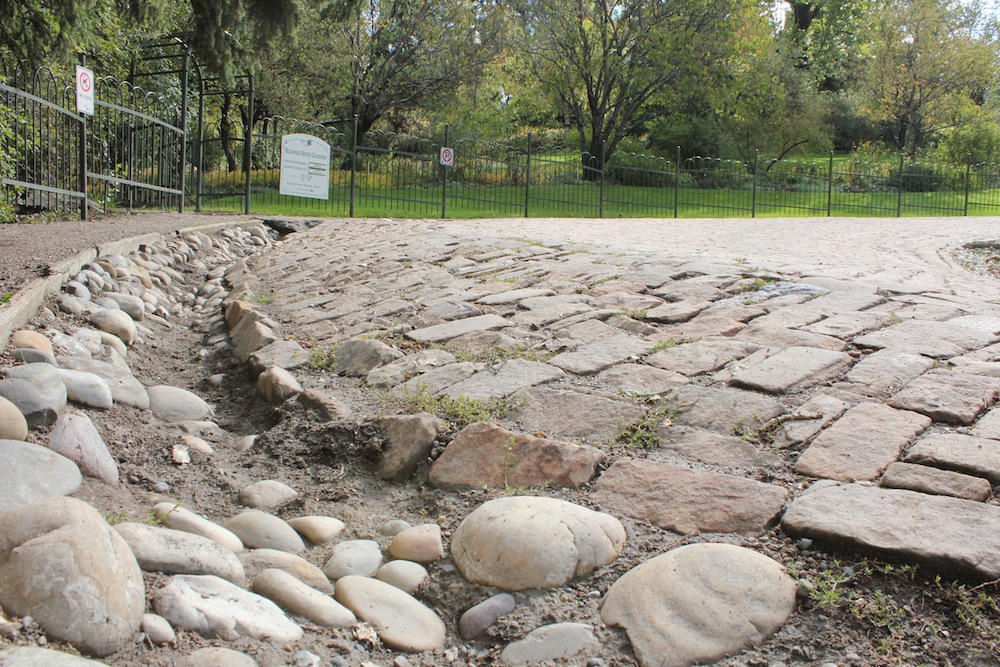 These cobblestone gutters, put in place by Reader in 1916 to direct water off the west side of the hill, were hidden before the 2004 revamping of the site when they were uncovered and cleaned up. 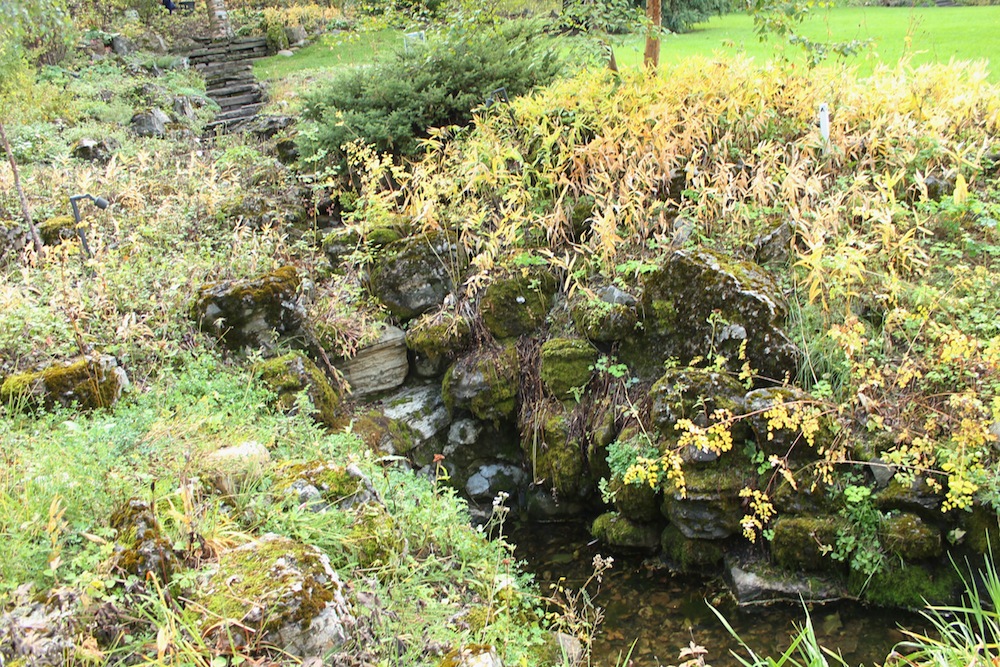 This pond, located near the base of the hill, was created by accident when one of Reader’s workers left the water meant to fill a pond further up the hill running overnight, which caused it to pool and overflow into this second pond. Far from being angered, Reader took a liking to the new addition to his garden and decided to keep it. 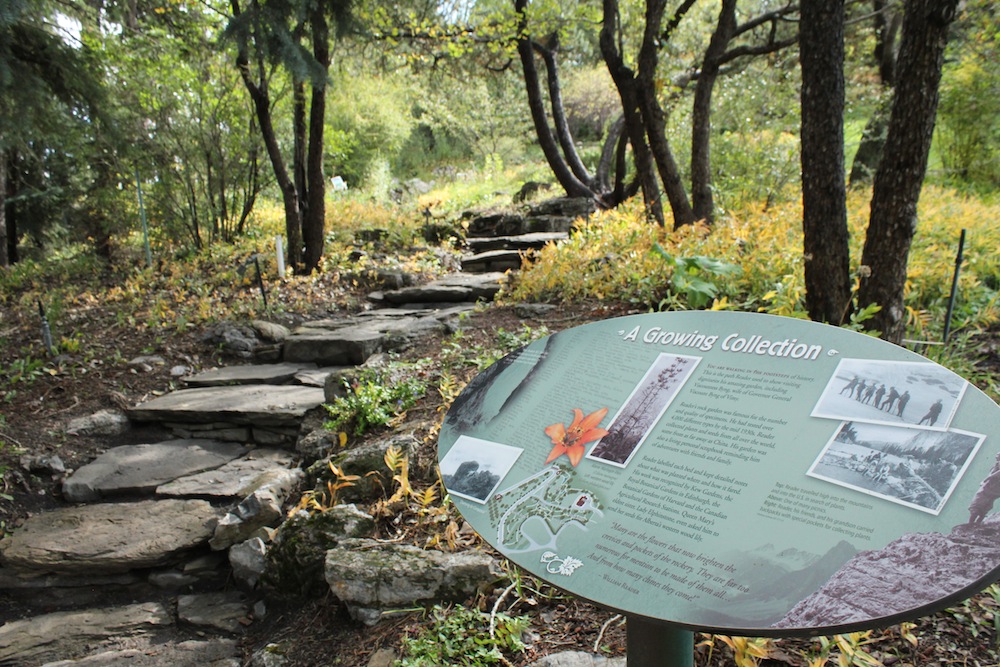 Throughout the gardens, visitors will find these panels meant to educate about both the history of the site and its plant life. Near the end of the rock path in the background is a Mugo Pine, which Reader planted in order to give the area a sense of mystery. 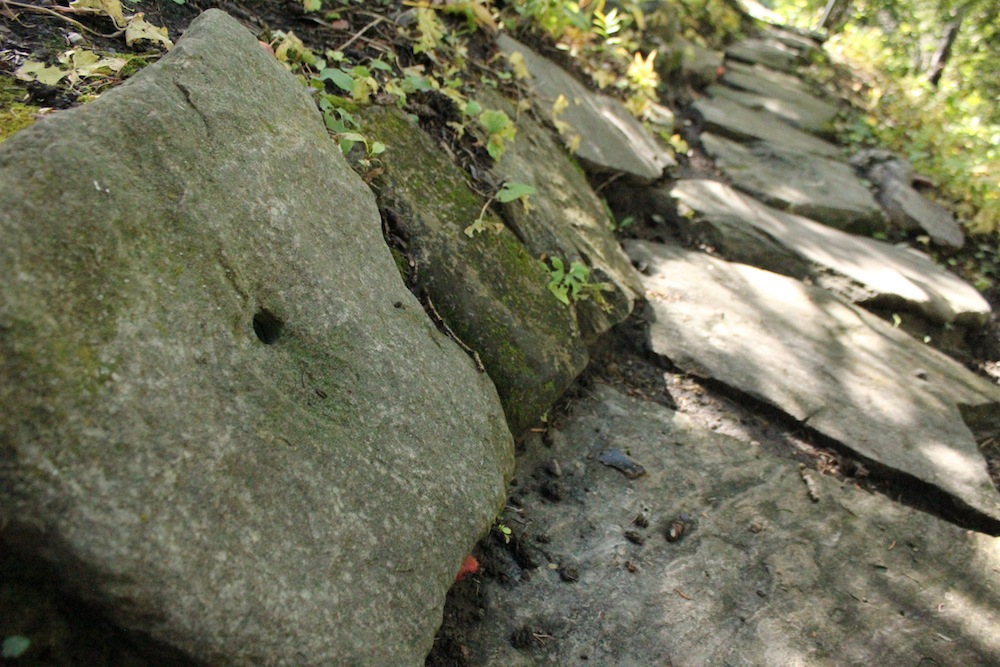 There is a huge diversity in the types of stones used to build the paths in the garden, with some still bearing marks from their previous lives in dilapidated buildings or old structures. 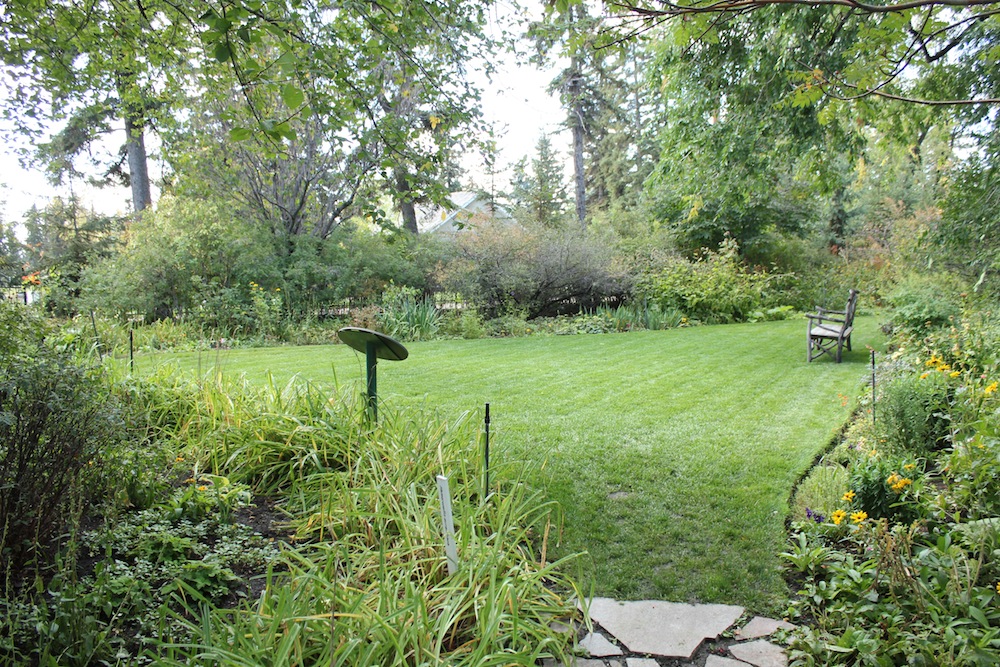 Found in the upper part of the garden, this area is known as Martha’s garden was named for Reader’s wife. She used it as her personal refuge often bringing a book or some knitting with her. Children were forbidden from going here. 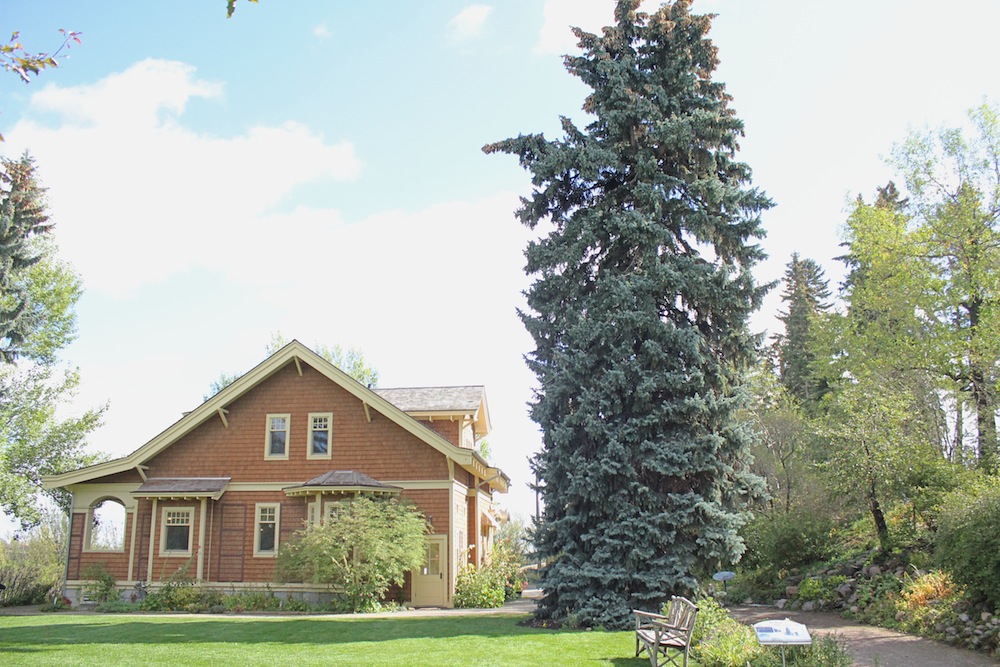 The reconstructed house sits right where Reader’s old house did. The massive tree to the left is a Colorado Blue Spruce, an Alberta heritage tree planted by Reader himself in 1918, making it 97 years old.

An image of the Reader residence when they first took possession in 1913.

A photo of William Reader (far right) instructing the Prince of Wales (centre) while planting trees at the E.P. Ranch. Reader’s handwritten note on the reverse of this photo reads: “He does not look very pleased with his boss, but that’s the fault of the camera.”