Gas stations dot the landscape in Calgary, but the Eamon station’s Art Deco meets Streamline Moderne building is certainly one of the most noteworthy, or at least it was before it was placed in city storage in 2012 in order to make way for the Tuscany LRT station. It’s no wonder then that people like former owner Bob Everett have stepped up to try and restore the storied building to it original location. “I know that building inside and out and I know what a historic jewel it is, and that’s why I’m fighting so hard,” says Everett. “If I did make a few bucks [off it] a long time ago, I’ve more than spent it fighting to try and see the right thing’s done.”

The station was once part of Eamon’s camp, a site that started with a drive-in diner in 1949 and grew with the years to incorporate the Texaco dealership known as the Eamon station as well as a 12-room bungalow camp, eventually becoming what Eamon called a one-stop tourist centre. 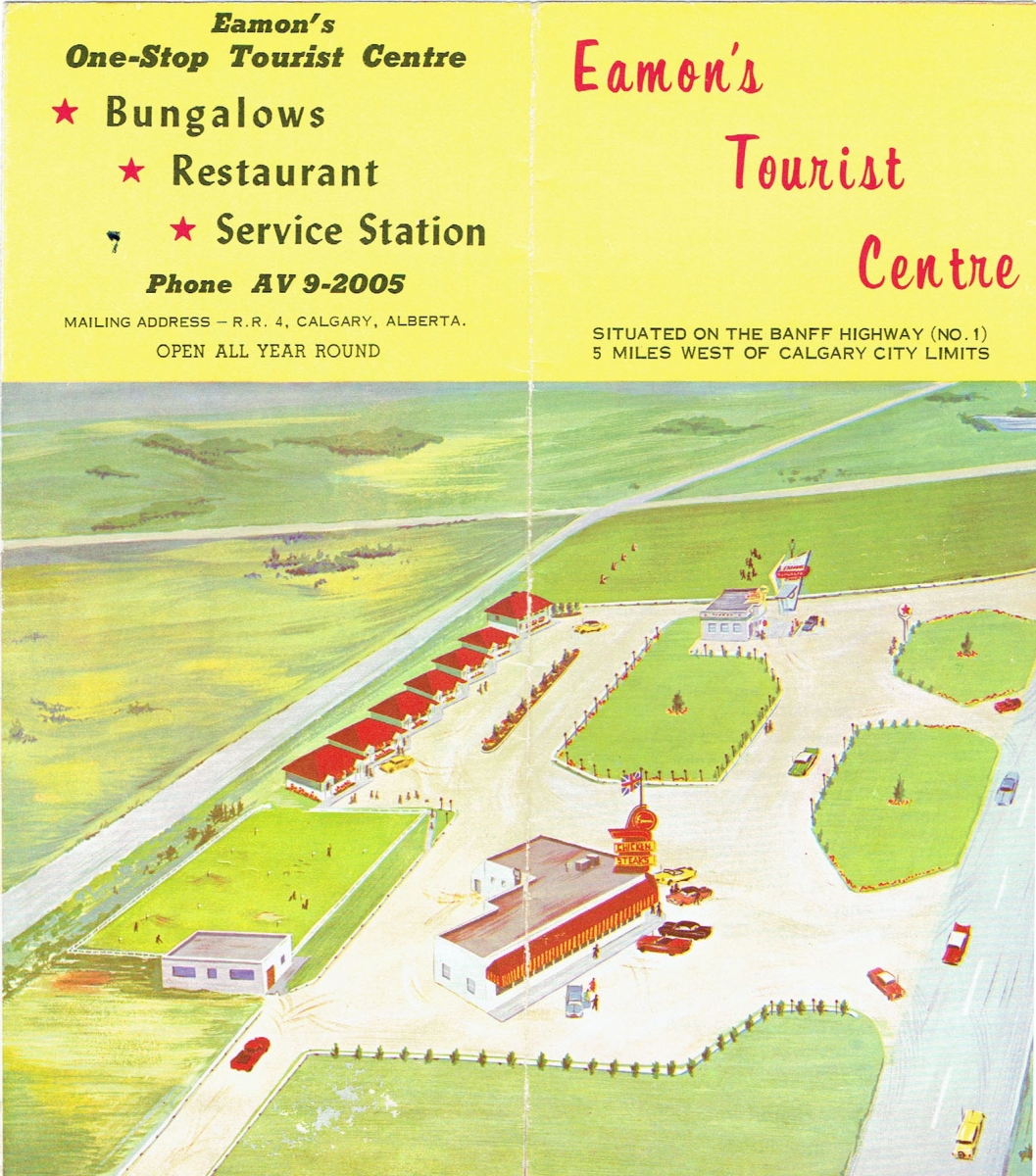 The restaurant was destroyed after it caught fire in 1961 and the opening of a nearby section of the Trans-Canada highway in 1966 prompted the closing of the station when Texaco was unable to acquire the proper licenses to work off the highway.

Bob Everett’s entry into the story came in 1986 when a location scout for musician Corey Hart wanted to rent two old Texaco pumps he owned. Everett suggested Eamon’s bungalow camp as a shooting location for Hart’s “I Am By Your Side” music video and after discovering it was for sale, he and business partner Jim Sibthorpe put in an offer. The pair spent the next decade restoring the station with dreams of turning it into a 1950s style diner, but eventually sold the property in the late 90s after the land around it was raised for construction purposes.

The station, removed from its previous location along Crowchild Trail N.W. near the Tuscany LRT station back in 2012, now faces an uncertain future. The Eamon’s camp sign was repaired and would eventually find a home in the LRT station’s bus loop. The rest of the station was moved off site with in the hopes that it would eventually be preserved and incorporated into the LRT development either by the city or a private developer.

Now, Everett and members of the Roy Eamon Cultural and Heritage society have started a gofundme page in order to raise the $400,000 needed to return and restore the art deco building as near to its original location as possible. The society has begun selling signed prints of the station drawn by architectural illustrator Bill Ross for $20. “The City is going to make a decision to possibly trash the building in September and if this occurs we will have lost a very iconic landmark,” says Everett, who hopes to have enough raised to show city council there is strong support for restoring the building when its future will be on the table in two months.

[Update] The Royal Oak Rocky Ridge Community Association pledged $50,000 toward the goal of returning and restoring the art deco building.