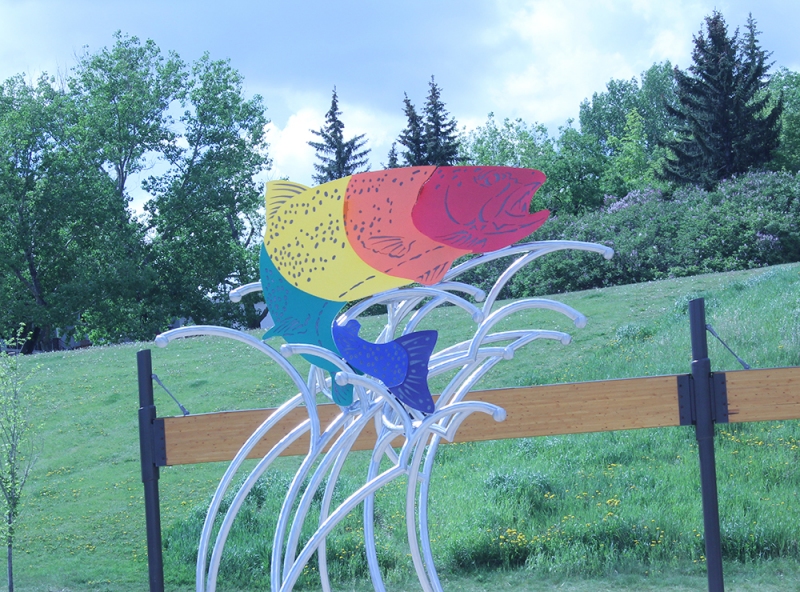 There’s something fishy about the ENMAX Park these days. It might have something to do with the giant trout now living by its gate.

The Stampede’s latest piece of public art to be unveiled, located at the Macdonald Bridge entrance to the park, is a multicolored, multi-dimensional steel fish. Designed by local artist Jeff de Boer, of mouse and cat armour fame, the installation simply titled Rainbow Trout took de Boer and a crew of 30 more than 2,000 hours from design to completion. The total cost for the project was $200,000 – de Boer estimates that the steel finish alone, which took 750 hours to make, cost $40,000.

“I would call this a “literal abstract” because there’s one point where you can stand and see the literal image of the trout,” says de Boer. “And the rest of it is exploring the nature and architectural references from throughout the piece, from all the different angles.”

When standing at a “sweet spot” marked by a spray-painted version of the trout on the ground, (the will eventually sport a bronze plaque), viewers can see the trout fully formed and two-dimensional. Move away from the spot and the fish explodes into different forms. Even the time of day changes its appearance, as the fish’s features light up at night.

The real beauty of the piece however, comes from exploring the abstract aspects of the sculpture as well, says de Boer. “I think it’s a doorway for the public to come in and appreciate something that’s abstract,” he says. “They can make the literal connection and they get that, and they can walk around and discover how it was done and how it was not a literal image at the same time.”

The curved steel beams draw inspiration from Japanese depictions of waves, while also reflecting a gothic feel by virtue of its arches, which de Boer says is most striking when walking through the piece.

“The way it is structured is these [beams] are sort of like buttresses,” he says. “All the structures and references have to do with my international travels, seeing sculpture around the world and trying to bring that home. 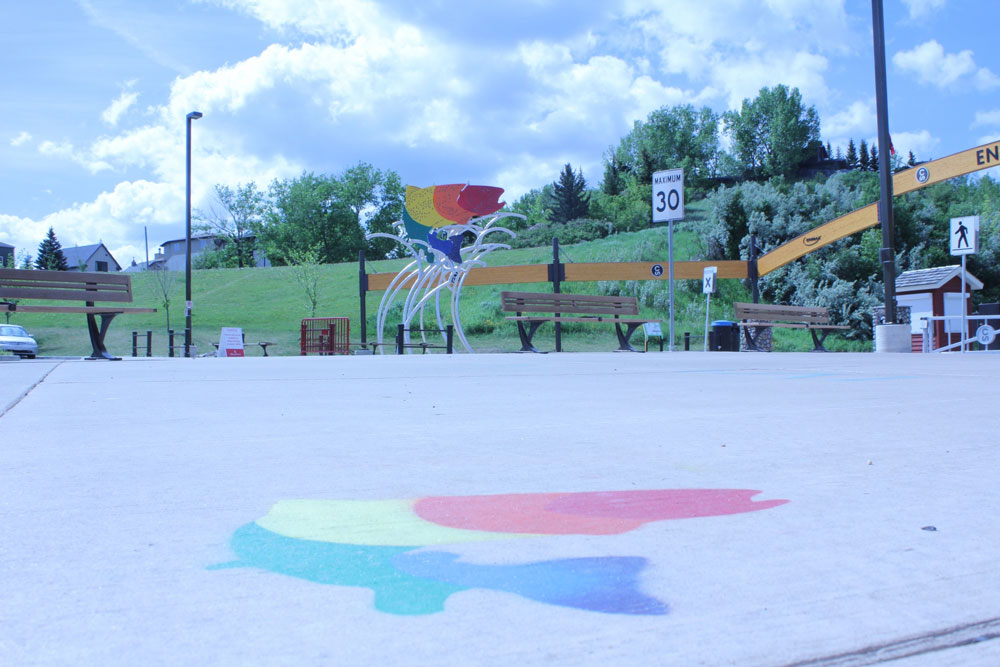 When looking at the trout from the “sweet spot,” it looks like a two-dimensional representation of a fish… 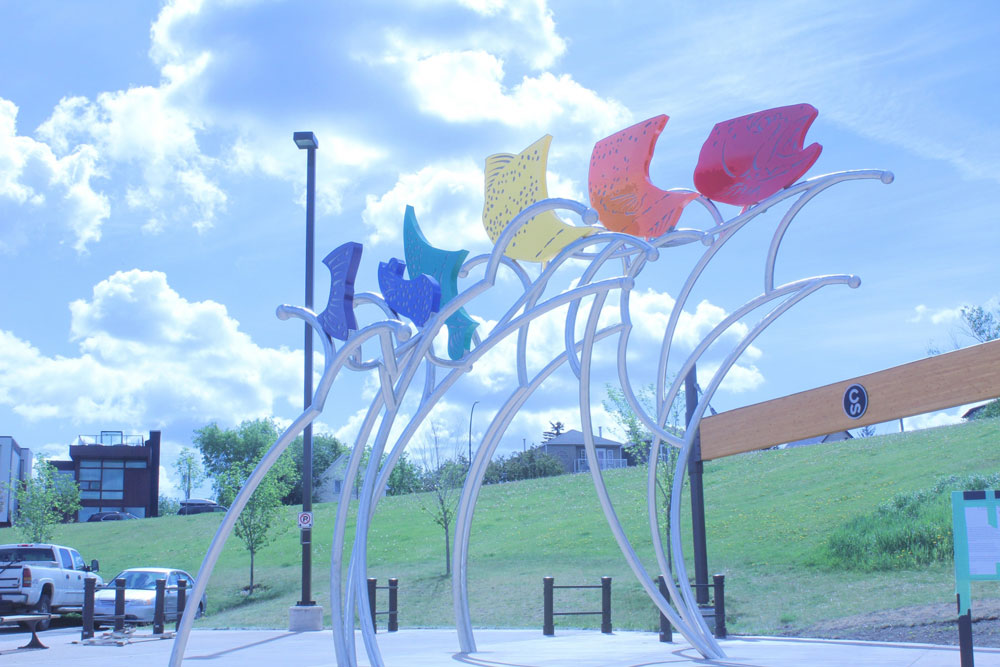 ….But when you get closer and look around, the fish turns into a series of abstract shapes and forms.