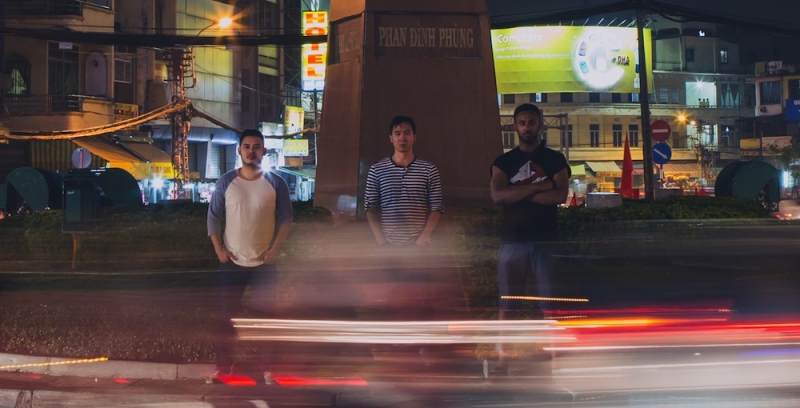 When filmmaker Thi Vo went on a journey to find his father, he brought a camera crew with him. The result, Made in Vietnam, is a film that’s been a lifetime in the making.

“I was born in Vietnam and came over here as a refugee because Vietnam was a Communist country and we had to escape,” says Vo. “I left with my mom when I was a year and a half. We fled to Hong Kong and then came to Canada.” Vo found out later that his father had been stopped trying to escape Vietnam.

Growing up in Canada, Vo never knew his father and his mother had only kept intermittent contact with people in Vietnam before they lost touch after multiple moves. Naturally, he was curious and wanted to know more about himself, his family and his father. Over the past several years, he voiced his interest in finding answers to these questions to friends who in turn encouraged him to document his search.

In 2013, working on a relatively small budget of $73,000, half of which was his own money, Vo returned to his birth country with a crew of six people and filmed as much as possible over the course of thirty days. The results, he says, were surprising. “I ended up finding more than 40 family members I never knew I had. It’s pretty surreal,” says Vo. “Imagine if you’d never had blood family before, and then to meet everyone, it was a roller coaster of emotions.”

It’s taken him until this year to polish the film to his standards, partially due to his perfectionist nature, but also due to the constraints of the film industry in Canada. “Documentary and film funding in Canada is very scarce, so I had to take on most of the tasks myself and do all the fancy stuff to get the film done,” says Vo.

If you want to see Made in Vietnam, you’ll have to wait a bit, says Vo. “Currently our strategy is sending it to 103 film festivals throughout the year, including TIFF, and others around the world,” he says.