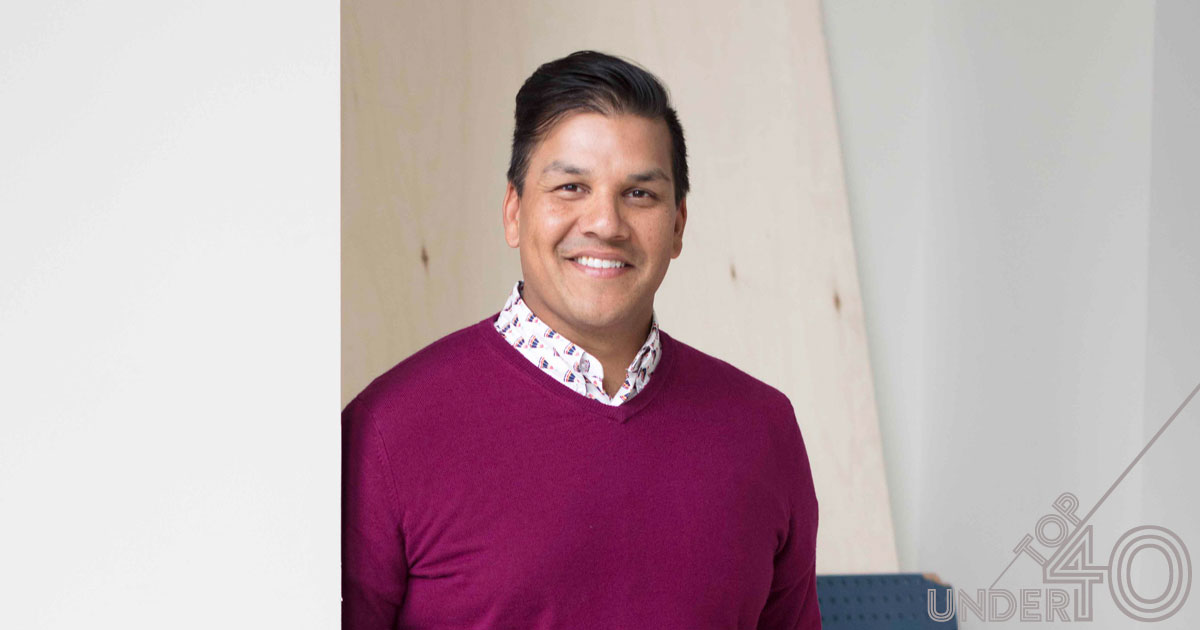 Mehta has founded a successful leadership and training presentation company, led the development of an app to improve public speaking and dedicates his time to numerous volunteer committees in the city.

One key piece of advice has guided much of Avnish Mehta’s working life: a mentor once convinced him to commit to taking 10 meetings every week, whether for hour-long discussions over coffee or even just brief phone calls.

Through continuous hustle and networking, Mehta created connections that opened doors for him, bringing business success and allowing him to give back to the city. Now at Stand and Command, the leadership and presentation training company he built, Mehta helps clients create strong networks, just as he built his own.

“For anybody starting a new business or anybody who’s looking to gain some traction, I recommend the exact same advice,” says Mehta. “Ten meetings a week – go out and meet people. It’s about developing the network, making sure that you’re top of mind for people and then having other people discuss you.”

To expand their work further, Mehta and his team have developed a voice analysis app. Fillerbuster helps speakers understand the quality of their voice by measuring pitch, frequency and power. Mehta sees application for the software beyond business, as well, and he has brought it with him on two trips to Nairobi in 2015 and 2016 to explore how speaking technology can improve access to education for rural Kenyan students.

But Stand and Command isn’t Mehta’s first experience spreading the gospel of networking. In 2005, he founded Corporate Connections, a company that connected university graduates with Calgary companies based on cultural fit. Starting in 2008, he worked at the Calgary Catholic Immigration Society to help develop a pilot program that connected temporary foreign workers with employers. The program was then replicated across Alberta.

Mehta’s network-building has allowed him to contribute to the city by offering pro-bono services and by working on a number of volunteer boards and committees with the Calgary Public Library Board, Calgary Folk Music Festival, Making Treaty 7 and Bow Valley College.

Another way he tries to give back to the growth of the city is by helping his employees develop their own business ventures, even when that approach inevitably leads to losing team members.

“If we were getting up just to make money, I don’t think we would be motivated in the same way,” Mehta says. “Let’s allow them to be successful somewhere else. Let’s help them build that, because it’s important. They’re going to make great contributions.” -Andrew Jeffrey