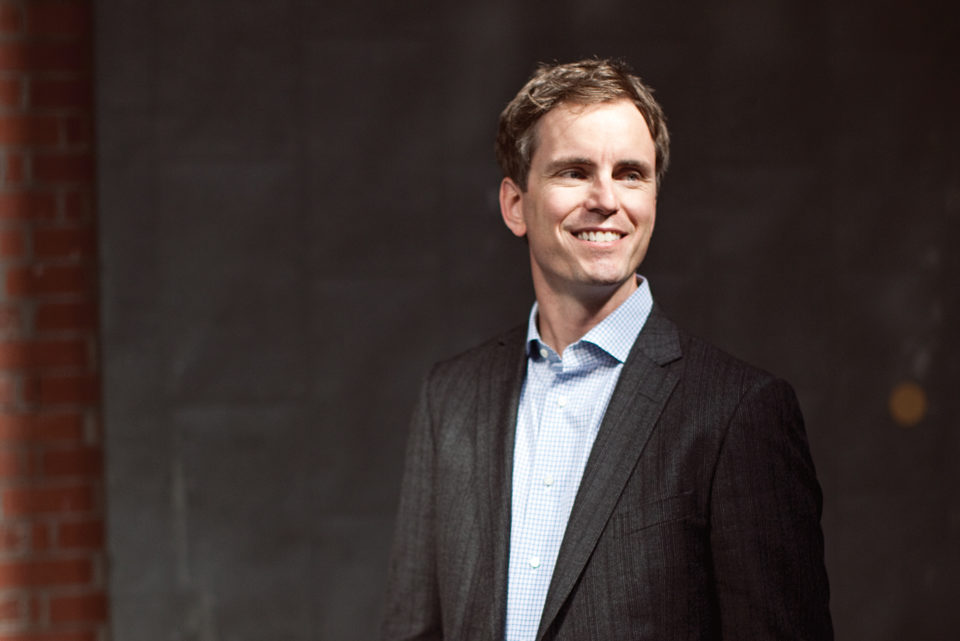 In a nondescript room at the Alberta Children’s Hospital is a crazy contraption that, on any give day, you might catch Adam Kirton using.

As the machine is flipped on, Kirton stands over a kid sitting in a chair, and moves two wand-like coils over the top of their head while the machine uses a magnetic field to help fix their brain.

If that whole image conjures up Frankenstein-like thoughts, that’s OK. After all, it’s not like Kirton hasn’t heard it before. “The kids do sometimes call me a mad scientist,” he jokes.

Putting that wacky sci-fi image aside, it’s worth noting the machine Kirton is using is actually an important piece of equipment. It’s known as Transcranial Magnetic Stimulation (TMS) and it’s used by Kirton to map and stimulate parts of a child’s brain that have been damaged by a stroke to help those areas recover. While perinatal and childhood stroke is relatively rare, the effects can be devastating and life-long, so treatment is vital. TMS is now in a major clinical trial overseen by Kirton, which is only one example of the groundbreaking work he is doing.

In 2007, Kirton started the Calgary Pediatric Stroke Program at the Alberta Children’s Hospital to provide state-of-the-art diagnosis, treatment and support to children with stroke-related brain injuries, and give them the opportunity to participate in leading clinical research initiatives. When Kirton started the program, he had no staff or money to run it. Today, he has been instrumental in landing more than $1.5 million in research funding to explore cutting-edge techniques like TMS and has 10 people working for him, including doctors, nurses, technicians and graduate students.

“If you run a business, 10 people is a small number. But, in a small niche research area like this, it’s quite big,” Kirton says. “To get to 10 people in this short of a time is something I’m really proud of.”

Kirton has also published 50 peer-viewed articles, three textbook chapters and 82 research abstracts – 48 of which he has presented at major scientific meetings throughout the world.

As for his motivation, Kirton says that’s easy: “I’d like Calgary to be the place for perinatal stroke research and non-invasive brain stimulation research in children.”

Kirton is a pediatric neurologist who is doing groundbreaking research to help kids who have suffered from a stroke. In 2007, he started the Calgary Pediatric Stroke Program at the Alberta Children’s Hospital, which today is one of the top research centres of its kind in the world.

“My research subjects are real people. I’m not looking at rats in the lab; I’m working with kids. Seeing them helps to keep me connected. It reminds me why my research is important.”