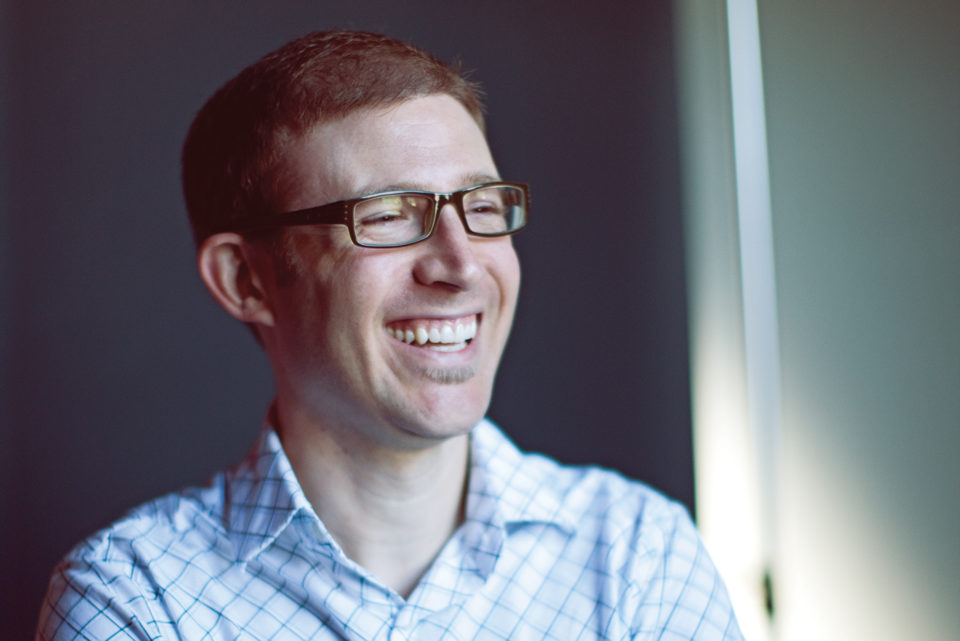 When Alex Bruton was seven years old, a couple of neighbourhood kids asked if he’d like to compete in their bike races for a fee of 25 cents per race. That evening, his dad let him know that he was getting played. “You know, those two kids are just taking your quarters and they’re finding stuff around their house for prizes,” his dad said.

Looking back, Bruton now recognizes a key business practice at work. “They created value out of almost nothing,” he says. “They were just some kids on the sidewalk with no money, bored out of their minds.”

Bruton maintains that youthful innovators like that are key to Calgary’s future. We just need to keep them engaged, not bored.

As an associate professor at Mount Royal University’s Bissett School of Business, Bruton does just that. Bruton began teaching at MRU in 2007. Six months later, he was asked to lead the team redesigning the Bissett School’s 14-year-old entrepreneurship curriculum to help create entrepreneurs who will shape Alberta’s economic future. The program and classes he created were so successful his team won the Alberta Colleges and Institutes Faculties Association Award for Innovation in Teaching in 2008 and placed first at the 3E Learning Awards in 2010. Early this year, his work helped garner a $3-million donation to the school. The money will be used to create a centre for excellence focused on teaching innovation.

“There has to be a move away from your traditional lecture-listen-regurgitate model,” says Bruton, who prefers a more hands-on, interactive approach to teaching. In his classes, Bruton eschews the traditional method of creating a business plan, which can often take years to build, and instead prefers a design-based process where students come up with a business idea, then immediately put it out for feedback, allowing them to refine and perfect the idea through several iterations.

Bruton’s approach seems to be working. Every semester he teaches 110 students. He estimates half of each class goes on to earn a living at their own businesses, while 10 to 15 per cent of his students stick with what he calls a truly “game-changing idea.” And, for that, they can thank him.

“I’m not trying to build a company right now that creates iPhones,” he says. “I’m trying to help other people do that.”

Bruton teaches people how to innovate. He led an entrepreneurship program for Mount Royal University that was so successful the university received a $3-million donation earlier this year to expand on it.

“A love for what I do, a bit of talent at it and probably some luck.”