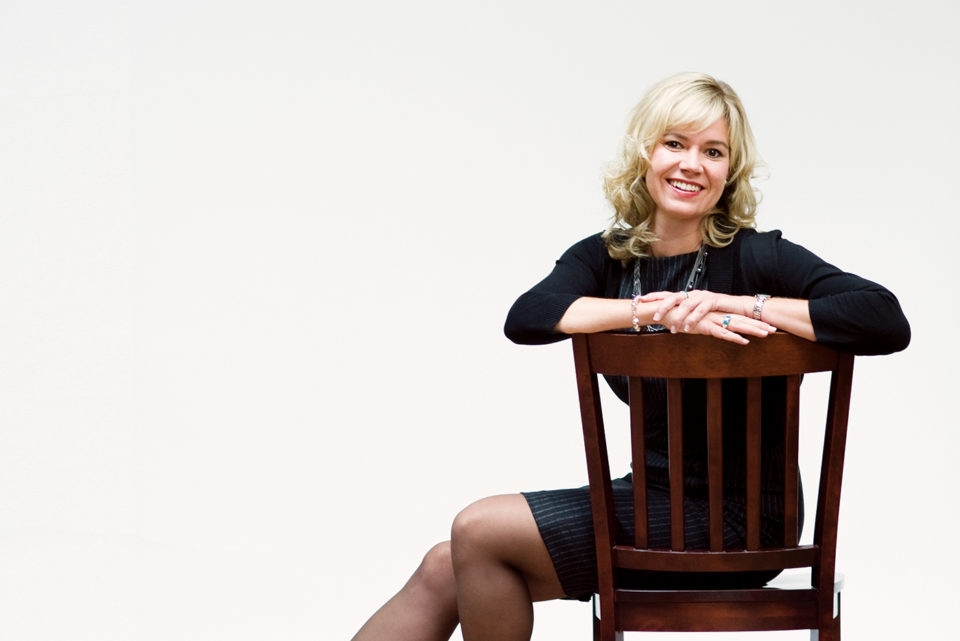 Alison Hakomaki is a boomer.

Not a baby boomer – she’s only 38. She’s a boomer in that she came to Calgary in 2007, the midst of the last oil boom, when even the banks were losing staff left and right. Hakomaki didn’t know anyone in the city, professionally or personally, but waved good-bye to Toronto and jumped in with both feet. The risk paid off. Hakomaki is now a managing director at BMO Bank of Montreal, a dedicated volunteer in the city and an avid lover of the mountains. Consider her a fully converted Calgarian.

“I thought that any city that shut down for a week to party was my kind of place,” says Hakomaki. “I really felt like I could get involved and be part of the community.”

Hakomaki has been with BMO her entire career, moving through the commercial and retail ranks until landing her current job in Calgary as managing director for Corporate Finance. She’s responsible for the lending needs of the bank’s large corporate clients. Need several million dollars to finance your next venture? Give Hakomaki a call.

It’s primarily a sales job, and a bit of a tricky one if you don’t know anyone. “I had to go out there and sell, cold-calling, knocking on doors, going out to every event that I could, for people to see me and know me,” she says.

That presence in the business community also led her to a role in the volunteer community, with the Rotary Club Crowchild Urban Spirits chapter. Hakomaki’s club is laying the foundation for a stay-in-school program for Aboriginal students, in which club members will mentor a student through high school and into post-secondary education. The club is working with First Nations singer and humanitarian Tom Jackson and will choose its first student next year.

She is also co-chair of the Women Moving Women Calgary committee, which helps get women and children out of poverty.

She says these types of community involvement is one of the things that makes Calgary a success. “I’m hoping that I can be inspiring on that front, someone who just moved here and gets involved because they want to give back to the community and be a part of the community,” she says. “So many people do that, it’s what makes Calgary great.”

She’s a managing director in BMO Bank of Montreal’s corporate finance division and a recent transplant to Calgary who has embraced the city both as a professional and as a volunteer.

“I think it’s my courage – the fact that I was willing to come and give this a shot, move by myself when I didn’t know anyone in Calgary, get out there, get to know people and deliver.”