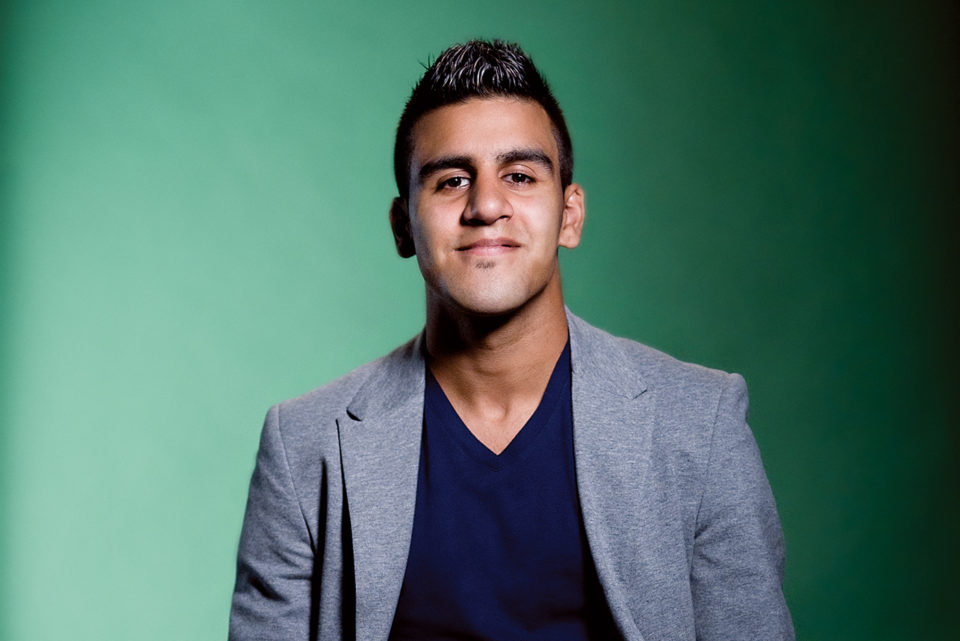 “A lot of this type of education-awareness stuff is written up by some 60-year-old in a room. What we did was youth talking to youth in a language they understand – slang.”

Alyx Nanji is a game-changer. When he heads into a new project, Nanji doesn’t just change the players; he changes the entire paradigm by flipping the old way of doing things on its head.

Three years ago, Nanji started Stop the Beef, an education campaign devoted to showing teenagers, ages 13 to 18, that gang life is no life. He started the movement after a friend was killed in gang violence brought on by a “beef,” or fight he had with another person. “The gangster lifestyle may look glamorous with Escalades and girls, but if you look further, you’ll see a lot of RIP signs,” Nanji says.

Instead of following the path of a “traditional” educational campaign that’s put together and pushed by people who have never been touched by the issue, Nanji took a different route with Stop the Beef. He made a website (stopthebeef.ca) with videos that show real crime scenes and altercations. He also went to parties in Calgary and asked teenagers to talk about their experiences with drug use and gang violence. The movies are gritty and raw. “People loved them,” Nanji says.

Stop the Beef is also producing violence-prevention videos and tips on how to deal with bullying, partying, drugs and alcohol. And last year, the campaign put on several events that supplemented the material on its website, which brought in rappers and former gang members to provide teenagers with unfiltered information on the downside of gang life.

“We changed the game with Stop the Beef,” Nanji says. “A lot of this type of education-awareness stuff is written up by some 60-year-old in a room. What we did was youth talking to youth in a language they understand – slang.”

Today, Stop the Beef has more than 1,400 members. And to readjust to the recent tapering off of gang violence in Calgary, the campaign is now being rejigged to tackle the problem of bullying.

A hyperactive person, Nanji is known for his astonishing volunteer contributions. At the University of Calgary, where he studies commerce and social work, Nanji volunteers 15 hours a week, doing everything from putting on networking events for students to hosting information sessions about potential career and education opportunities. He is an advisor to the International Business Students’ Association and the president of the Social Work Students Society.

“People have told me that I have too much energy,” Nanji says. “I don’t know if that’s a good thing.”

Why he’s the top: He started a movement in Calgary to stop gang recruitment among teenagers. He also volunteers 15 hours a week helping run a number of student organizations at the University of Calgary, where he studies commerce and social work.