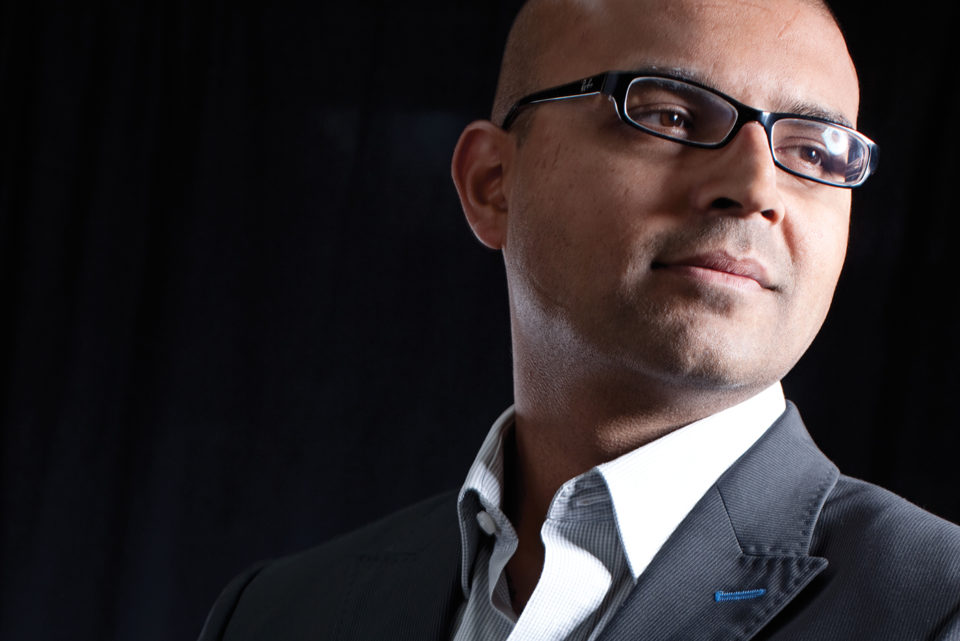 Anil Datoo could be described as a typical child of first-generation Canadians; focused equally on achievement and family. Datoo came to Canada from Tanzania when he was four years old and melds the cultures and traditions of his old country with his new. For example, he’s a co-founder of a fast growing tech company in Calgary and he drives seniors from the Ismaili community to social and religious events each week.

“I have always used my parents as an example,” says Datoo. “They are hard working honourable people who left a comfortable life in East Africa in 1979 to move to Canada. Their courage has given my sister and I access to better education and opportunities for career success.” In 2007, Datoo co-founded iSolutions, a specialized data management firm for energy companies and utilities. iSolutions takes flow rates, temperatures and well pressures at field sites and makes the information easy to access, extract and analyze. Its clients include some of the biggest names in the corporate sector, such as Suncor Energy, Nexen, TransAlta and AltaLink. In the past four years, the company has grown from a handful of people to 25 employees and will book more than $3 million in revenue this year.

Like his partners, Datoo had spent about a decade doing data management for the energy sector. He saw a niche in the market and decided to exploit it. “We found that there was a growing market for production data management solutions in Alberta because of increased oil and gas activity, and we had the experience to deliver those systems,” says Datoo. “Our solutions often replace functions that were done manually before. Operators would fax data sheets that were manually inputted to head office users, which were then transcribed and used by management.”

Datoo’s plan is to grow his company so that it’s the go-to data management company for all of Alberta, while at the same time balancing his family and community obligations. He says a more personal goal is to live by a famous saying by Bill Gates: “I hope you will judge yourselves not on your professional accomplishments alone, but also on how well you have addressed the world’s deepest inequities and on how well you treated people a world away who have nothing in common with you but your humanity.”

Datoo founded a data management firm that has grown by 100 per cent year over year for the past four years. Throughout this time, iSolutions has become a key player in Calgary’s still-young IT sector.

As an immigrant to Canada, Datoo says he’s conscious of the sacrifices that his parents made to bring him and his sister to Canada, and is dedicated to taking advantage of the opportunities available to him in this country.