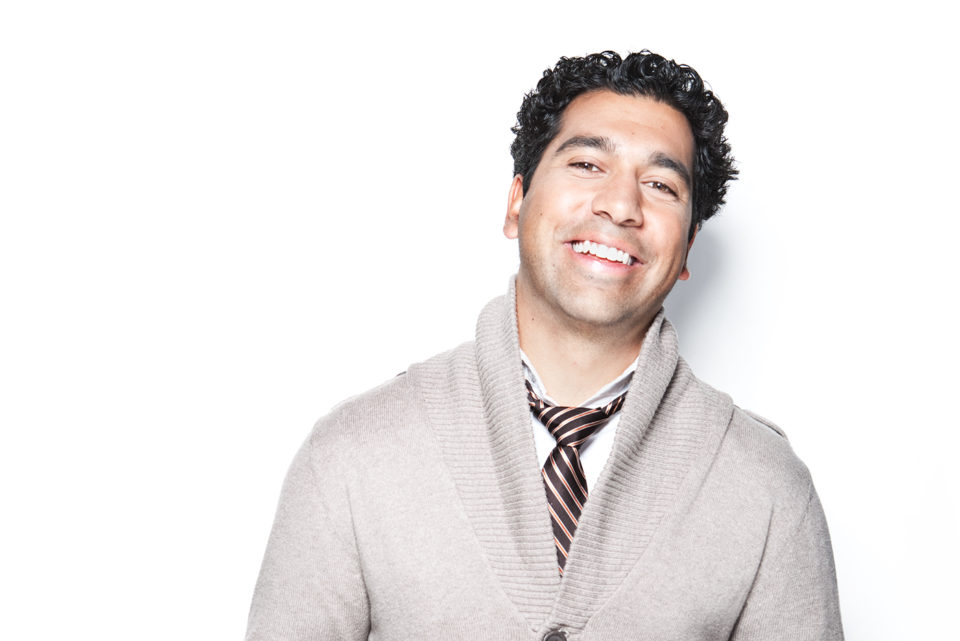 “There’s no golden bullet out there to solve all the world’s problems. But there are a million silver bullets. If we can work together and aim in the same direction, I know we can make a real difference.”

Ayaz Gulamhussein is an alchemist of sorts – whether it’s spinning oil out of sedimentary rock, reframing set-backs into success, or transforming disappointment into determination. He sees his role in Calgary’s oil and gas industry as “playing a board game driven by risk and opportunity where the variables change with the ups and downs of the business.” And as much as he’s drawn to pulling data and interpreting results, he finds himself increasingly drawn to the business side of geology.

A petroleum geologist, Gulamhussein was recruited by NuVista Energy in 2007 to build a new core area for the company. He works with a five-person team prospecting growth opportunities in west-central Alberta, and they’ve achieved some impressive results. Production in Gulamhussein’s area has quadrupled from 800 to 3,200 barrels per day, making it one of NuVista’s fastest-growing areas.

Gulamhussein also serves as a director of the Canadian Society of Petroleum Geologists, focusing on volunteer management systems and networking among young professionals. But Gulamhussein doesn’t let his busy career keep him from his commitments to the community.

At the 2008 Global Petroleum Show, Gulamhussein received the Best Personal Donation Award for his volunteer work with the Aga Khan Foundation on projects including the World Partnership Walk, World Partnership Golf and the Bridges that Unite Exhibition.

He hopes his work focusing on global giving and peace helps to dispel myths about Islam. “I believe in modelling the values of my faith and not focusing on the deplorable actions of a politically minded minority,” Gulamhussein says.

“The development work done by the Aga Khan Foundation helps to demonstrate that 1.2 billion people cannot be stereotyped as a monolith.”

Gulamhussein has an impressive worldview, and although much of his volunteer work has a worldwide focus, that doesn’t stop him from contributing locally. He sits on the board for Kids Up Front Calgary – an organization that provides access to the arts, culture, sports and recreation for children who otherwise wouldn’t have the opportunity – and has raised more than $20,000 in gifts and donations in his first year with the group.

Gulamhussein’s hectic volunteering schedule is informed by his belief in the power of collective action.

“There’s no golden bullet out there to solve all the world’s problems. But there are a million silver bullets. If we can work together and aim in the same direction, I know we can make a real difference,” he says.

Why he’s the top: The team he leads at NuVista has quadrupled its oil production since he started three years ago. And he volunteers over 1,000 hours a year to causes he believes in: helping low-income children in Calgary, raising funds for social-development projects in Asia and Africa and connecting young professionals with industry leaders.

The key to his success: Gulamhussein doesn’t separate who he is professionally from what he does for the community and how he practices his faith. He’s able to articulate his vision for a better world with clarity, apt metaphor and a wicked sense of humour.