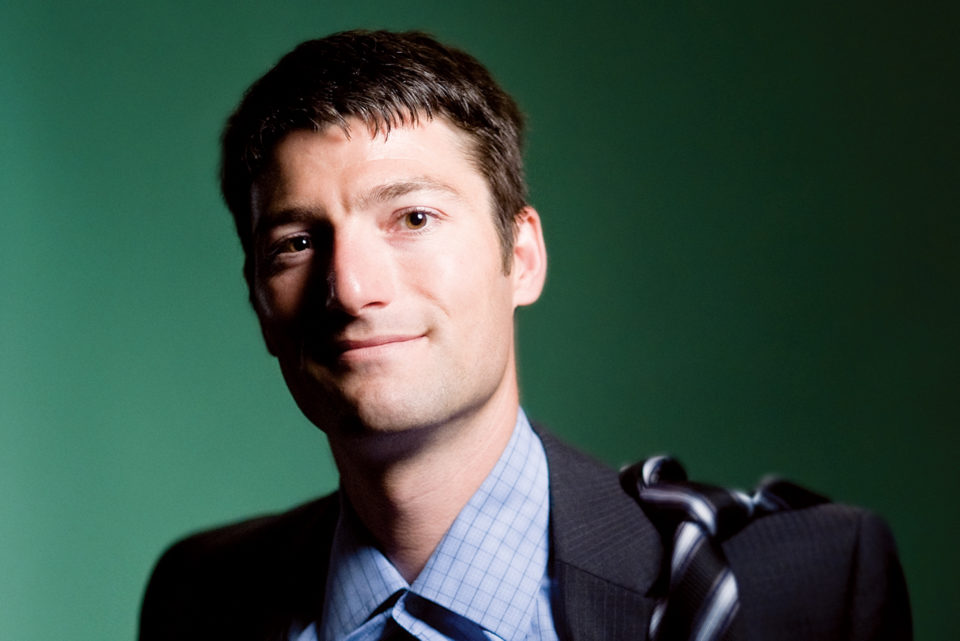 “When your kid gets sick, most parents forget about themselves and fall into this 24-hour trap of trying to make them better. But if you can’t keep yourself together, you can’t help your family.”

When Blaine Penny’s three-year-old son, Evan, woke up with a sore stomach two-and-a-half years ago, the doctors said it was nothing more than appendicitis – easily fixed by routine surgery.

“He looked me in the eyes and his last words before going into surgery were, ‘Daddy, can we play together sometime?” Penny says. “That really took me back.”

But Penny’s son wasn’t the same after the surgery. He went into a coma and when he came out of it a week later, he couldn’t talk or eat and was non-responsive.

“In retrospect, that night I spent in the hospital, when I was holding him and he was shaking, he was actually undergoing severe brain damage as a result of a mitochondrial disease,” Penny says.

Mitochondrial disease occurs when the parts of cells that generate energy fail, producing less of the energy needed to support life. The disease is difficult to diagnose because no two cases are the same. The type of cells in which mitochondrial failure can occur can be in any organ in the body. One in 4,000 people are believed to have the disease, yet there is little money set aside to study it.

Today, Evan is a quadriplegic. He still can’t talk or eat and no one knows what his future holds. But Penny is committed to giving his son the best life possible.

Earlier this year, Penny founded MitoCanada, the first registered charity of its kind in Canada to provide support, awareness and look for a cure for mitochondrial disease. “When families get that devastating news like we did, they can now turn to our website [mitocanada.org] and our support network for help,” he says.

Outside of MitoCanada, Penny has his hands full at work. As a manager of projects for the engineering firm Worley Parsons, he oversees 2,000 projects in the company’s infrastructure and environment division. Think of him as the boss of all the project managers – the guy people turn to for more staff and money to complete projects on time.

Over the past two years, Penny has also managed to increase profits in his business unit by two to four per cent, by keeping a close eye on struggling projects and by dealing with potential problems before they become major headaches. “Clients don’t like it when you say, ‘Hey, we’re 10 per cent over budget, but can you still pay us?'” Penny says.

To reduce stress and stay in the right headspace, Penny – a laid-back, goal-setting junkie – likes to run ultra-marathons, ranging in length from 50 to 100 kilometres. He has completed six to date and often finishes in a top spot.

“When your kid gets sick, most parents forget about themselves and fall into this 24-hour trap of trying to make them better. But if you can’t keep yourself together, you can’t help your family,” Penny says. “Running is important for me to stay happy and healthy for my family.”

Why he’s the top: After his son was diagnosed with debilitating mitochondrial disease, he found MitoCanada, the first organization of its kind in Canada to look for a cure.

The key to his success: One of the challenges for a parent when their child falls terribly ill is remembering they’re not alone, says Penny. “Other people have gone through similar challenges and come out stronger on the other end.”