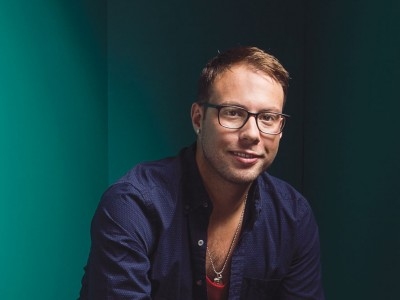 Talking about sex with a roomful of 14-year-old boys would make the strongest amongst us tremble, but, for Blake Spence, it’s all in a day’s work. He is the community educator and coordinator of the WiseGuyz program at the Calgary Sexual Health Centre. Spence not only talks about sex but he also educates junior high boys and high school boys and girls on healthy relationships, human rights and sexual diversity, including the basics like anatomy, consent and condom use.

“At first, the curriculum was about sexual health, but it’s more than that now,” says Spence. “People are finally understanding that preventing sexual assault has to be a community effort. It’s not about teaching girls not to wear short skirts; it’s about teaching guys to respect women and their bodies and to know what consent means.”

Four years ago, the centre did research to find similar programs in Calgary. It found a variety of programs for young women, but there was nothing specifically for young men. In 2010, Spence came on board to develop the curriculum for WiseGuyz, the only program of its kind in Alberta.

Over the past three years, about 150 guys have gone through the 18-week program, which consists of two-hour weekly sessions during school hours. The program is currently at three junior high schools around the city, and Spence hopes to increase this. Students have told Spence they feel more prepared for relationships and feel like they will make better sexual decisions in the future because of WiseGuyz.

Spence is also the co-founder of Hot Mess Calgary, which throws monthly parties to connect members of the LGBTQ community. On average, about 300 people attend, and he has hosted close to a dozen events over the past year.

For Spence, making those connections is important. He says his relationship with Calgary hasn’t always been a great one. He came out as gay when he was 16 and found meeting someone here difficult, so he moved to Vancouver because of its thriving gay community. But, when he returned to Calgary, he quickly realized he could help make positive changes in the LGBTQ community. “I’m learning there’s an opportunity to make things better here as opposed to just leaving and letting someone else do it or just leaving Calgary as is,” says Spence. “I can be a part of the change.”