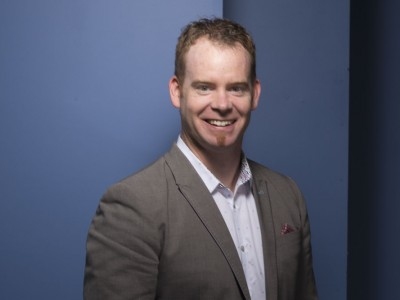 Chad Ball was already 23 years old and halfway through his Master of Science degree when he decided to try his hand at medicine.

“There are people who say, ‘I knew I wanted to be so-and-so since the day I was born,’ ” Ball says, shaking his head. “That certainly wasn’t me.” And it’s lucky for the medical community that he decided to keep all his doors open, because, over the last 16 years, he has become one of the leading trauma surgeons in the world.

Ball says he has always been intense about his goals. “It’s almost like an addictive personality,” he says, explaining how he always needs to feel challenged. When he first decided to break into medicine, Ball dabbled in sports medicine but never felt satisfied. This led him to trauma and cancer surgery, and the intensity of the work finally felt like a good fit.

A few years later, he switched gears again. “I realized that liver and pancreas surgery was at the pinnacle of technical challenge,” Ball says. The field has evolved quickly over the past decade, demanding sharp minds and steady hands. It was a challenge Ball couldn’t refuse.

Feeling unable to give one up, he became the only surgeon in North America to meld the two specialties. The expertise has its benefits, of course, and he says there are times the synergies between cancer and trauma surgery allow him to treat patients in non-traditional ways, giving them
a greater chance of recovery.

Years of dedication, practice and research have led Ball to the development of novel techniques in trauma care in Canada. He even took a technique developed in South Africa to stop severe bleeding by using inflatable balloon catheters, enhanced it and introduced it to North American hospitals.

This winter, Ball will be taking the reins of the trauma division at Foothills Hospital, making him the youngest surgeon to be named chief of Southern Alberta’s trauma services. Foothills is the largest regional trauma system in Canada, and trauma is the leading cause of death for Albertans between the ages of one and 44.

“The extremes of both specialties have given me a unique perspective on how I look at life,” says Ball. “Every day, I’m genuinely grateful I don’t have pancreas cancer, but I also understand that I could be hit by a truck. It makes you do what you can to live life to the fullest.”