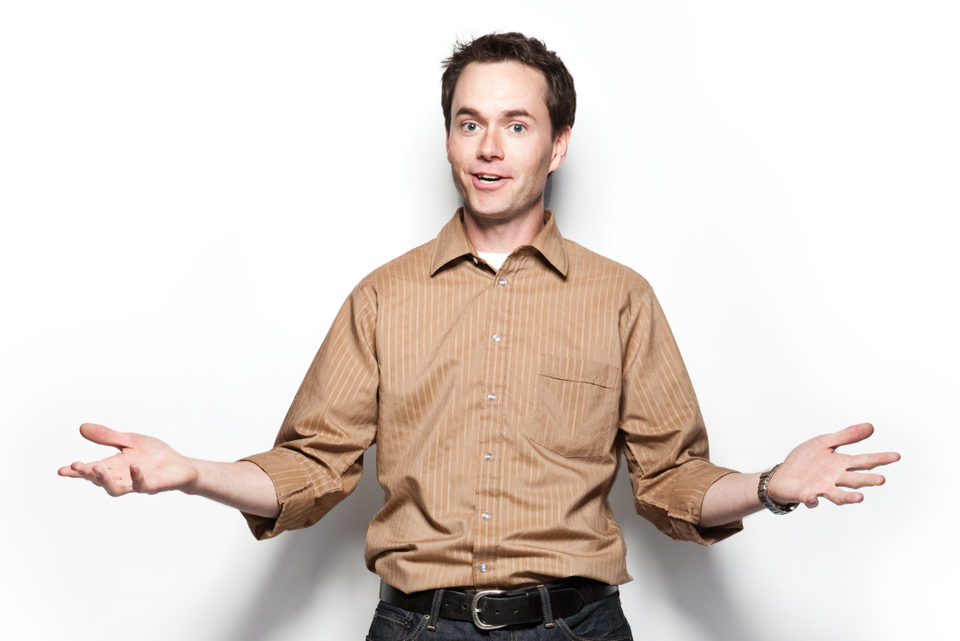 If you’ve heard him, then you already like him. On Friday afternoons, Chad Saunders, station manager for University of Calgary-based radio station CJSW 90.9 FM, takes to the airwaves with his wryly titled show, My Allergy to the Fans.

Regular listeners will tell you to expect anything from space-disco grooves (overdubbed with the vocals from a long-buried Guy Lafleur hockey jingle) to a stream of garage-rock and obscure soul ditties connected through a lyrical theme. The formula has made him the people’s choice for Best Radio Personality in FFWD Weekly’s annual Best of Calgary poll, beating out commercial radio jocks with their own billboards for the past three years running.

Saunders’ history with CJSW dates back to 1990, when he began volunteering as a U of C student, getting his first taste of on-air hosting when a scheduled programmer failed to show. He signed on to captain the ship and its crew of four full-time staff and more than 200 volunteers in 2000, becoming both creative figurehead and the final stop for all budgetary matters.

Under Saunders’ watch, CJSW’s budget has more than tripled, going from $400,000 to $1.4 million. The station is currently held up as a model of success, and Saunders spends five to 10 hours per month mentoring other campus and community stations across the country in fundraising, board governance and policy development.

On top of that, Saunders orchestrated the station’s recent move from a cramped-basement hovel to new digs on the third floor of the MacEwan Student Centre – a nine-year process riddled by false starts and construction challenges, but whose ultimate success owes much to the tenacity of the station manager.

Saunders believes in community media, and is proud to say CJSW broadcasts programming in 12 different languages. As a member of the National Campus and Community Radio Association, he was recently part of a team that lobbied the CRTC to create the Community Radio Fund of Canada. The fund provides each station with around $8,000, which is seen as a good step in getting community radio acknowledged by the federal government.

Saunders’ community stewardship doesn’t end on the dial. He serves on the Cultural District Board of Directors to cultivate vibrancy in Calgary’s downtown core. And he recently signed up as a volunteer with the Calgary Search and Rescue Association, getting the necessary training to assist local agencies with search operations should the need arise, proving that our man on the air is also our man on the ground.

Why he’s the top: Over the past decade, Saunders has helped to grow his station’s operating budget from $400,000 to $1.4 million. He has also been the driving force behind the design, construction and move to a new studio.

The key to his success: Saunders says for him, success is when you sit down to make a list of all the people you need to avoid and you’re left with an empty page.