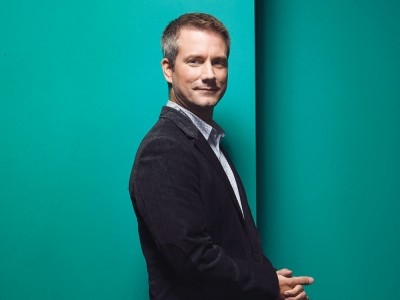 Using hard work and passion to defy expectations is all in a day’s work for Darren Krause. As managing editor of the Metro Calgary and Metro Edmonton newspapers, Krause has helped turn the upstart free publications into two of the fastest-growing dailies in the country. In fact, while readership of daily newspapers has decreased across North America, Metro‘s numbers have continued to grow.

In just six years in Alberta, the Metro brand has established itself so well that Krause believes the number-two spot in the market, currently held by the Sun newspapers, is well within reach. “Our industry is in a state of turmoil,” Krause says. “One foot is running ahead with the way journalism is now done, but one foot is stuck in concrete. I’d like to be part of getting our industry to that next level. It’s going to take a massive change in mindset.”

Rather than taking the conventional route of studying journalism, then knocking on the doors of the big daily papers, the 1993 graduate of Foothills Composite High School in Okotoks talked his way into a reporting job at the weekly Vulcan Advocate in 2000. “When you get your foot in the door like that, it gets a career underway,” Krause says. “Your track record is the key to your success.”

After two years of reporting, he moved into freelance writing. When Metro, an international chain of free daily newspapers, launched a Calgary edition in 2007, he began there as a freelancer before being hired full-time as a writer. Six months later, he was promoted to editor of Metro Calgary. In 2010, he took charge of the Edmonton edition, as well.

Krause’s goals are simple, but lofty. “I would like to see Metro become the number-one newspaper in the market,” he says. “That seems like an impossible task, knocking off the newspaper of record, but I think it’s realistic for us to at least be number two.”

Krause is helping to cultivate the next generation of journalists as a member of the Journalism Advisory Board at SAIT Polytechnic and as a frequent speaker in post-secondary classes in Calgary and Edmonton.

“One of the most enjoyable parts of this job is working with and talking to young journalists, then seeing them progress,” he says. “Seeing them land a big story, seeing their excitement, it makes me as proud as if I had done it.