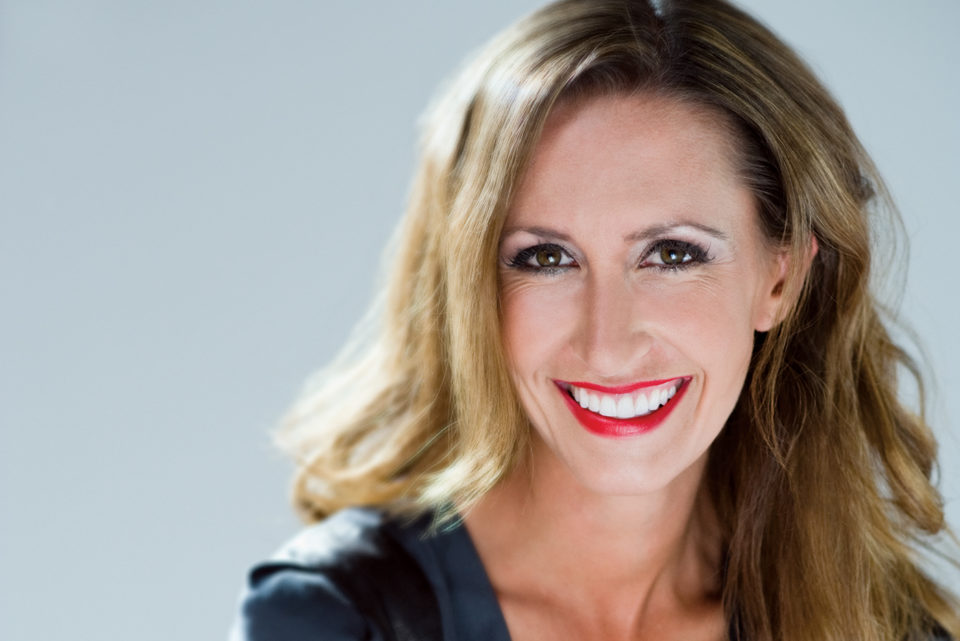 When you invite someone into your home first thing every morning, she’d better be good company, and Jill Belland is just that. With her winning smile and cheerful, spirited manner, Belland has star power that shines in the morning. As one of the hosts of Breakfast Television on Citytv, Belland reports live from locations around the city. She has trained with Calgary firefighters, made soup for local women’s shelters, covered Alberta Fashion Week and even tried ski jumping.

Never one to shy away from the spotlight, it’s Belland’s enthusiasm for trying new things and pushing her boundaries that got her on TV in the first place. She started out as the “Coffee Girl” – literally pouring coffee and doing other gopher tasks – on the A-Channel’s The Big Breakfast in 2002. She was sometimes called on to participate in the frequently goofball antics that are a staple of morning television and her aptitude for live TV was apparent almost immediately.

The producers of MTV Canada agreed, hiring her in 2004 as an entertainment reporter for MTV Select after she responded to an open casting call. Within two months, she was hosting her own show called Wired on A-Channel in Calgary, prior to Citytv buying the station. In 2006, Belland starting working on Citytv’s Breakfast Television.

Belland is constantly on the lookout for new opportunities and challenges, diving in headfirst when she finds them. “I’ve always felt this urgency to do more, to accomplish things, and I’m constantly looking forward to see what’s next,” she says.

In 2009, one of Belland’s friends asked her if she wanted to run the Dubai Marathon. Though not a runner, she said “yes” on a Sunday, began training on Monday, and four months later successfully completed what was her first marathon.

Belland focuses a lot of her energy supporting the arts as a patron and booster, sharing the inside scoop with her many fans and followers on Twitter and Facebook. As a public figure, she also lends her time and talents to charities including the Calgary Inter-Faith Food Bank; Bras for a Cause, which supports the fight against breast cancer; the Kids Cancer Care Foundation; and the Safe Haven Foundation. All told, she dedicates some 150 hours a year to hosting charitable events.

Belland won the Alberta Motion Pictures Industry Association award for “Best Host” in 2009, 2010 and 2011 for her work on Breakfast Television. She has been a consistent presence, using her brand of wit and charm to demonstrate and celebrate what there is to love about the city.

She hits the right balance between serious and silly, sophisticated and sassy, making her a likeable, approachable and reliable figure on morning television and in Calgary’s culture scene.

“I’m at my best in spontaneous situations and interactions. When I can figure out stuff on the fly – that’s what gets my adrenaline going.”