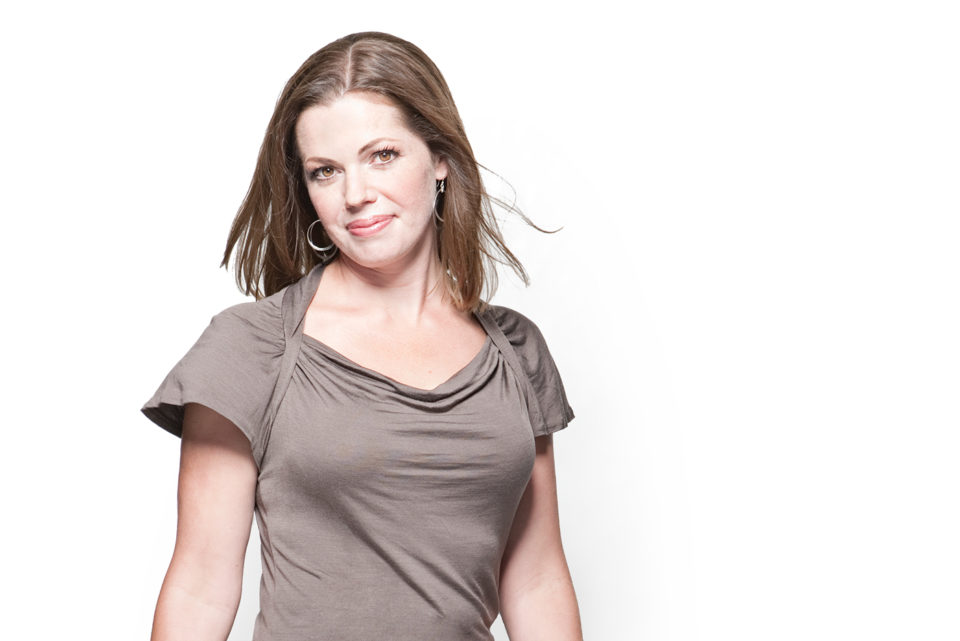 “I hope that the work I do, and how I do it, will continue to open more doors for women.”

Dr. Jocelyn Grozic, professor of civil engineering at the University of Calgary, is used to describing her geotechnical research in the language of Grade 10 physics. It’s still a little complicated, but mighty impressive.

The take-home message? Don’t treat the soil like dirt.

Found trapped in permafrost and beneath the ocean floor, gas hydrates are a combination of natural gas and water that form into ice-like crystals under great pressure. Since they represent such a large reservoir of natural gas – one estimate says twice the amount of carbon of all fossil fuel sources in the world – many people consider gas hydrates a fuel of the future. But they aren’t easy to get at.

Grozic was recruited to the U of C a decade ago, fresh from a fellowship in Norway, to help build Calgary’s research presence in gas hydrates. Since then, she has raised $1.6 million to fund her laboratory, which is one of the few internationally recognized laboratories dedicated specifically to gas hydrates. With 56 journal and conference publications to her name and several media appearances, Grozic is skilled at sharing her work on the interaction between gas hydrates and the sediment that contains it in ways that matter to both her peers and Joe Public.

“I love building gas hydrates into soil samples and looking at the geomechanics of the structures,” she says. “And I’m working with some outstanding students. The other day, one of them came into my office with the news of a discovery – I was euphoric and so proud to be part of his scientific journey.”

Grozic’s enthusiasm isn’t lost on the students she teaches and supervises. In 2009, she received both the Teaching Excellence Award from the Schulich School of Engineering and the Outstanding Achievement in Supervision Award from the Faculty of Graduate Studies.

In addition to all of this work, Grozic has made a significant contribution to her professional association, the Canadian Geotechnical Society. In 2004, she started the Canadian Young Geotechnical Engineers and Geoscientists Conference, a national event held once every three years.

With an engineer father and a biologist mother, Grozic never imagined that she couldn’t – or shouldn’t – go into the sciences. Even seeing the paucity of women in her first-year engineering classes didn’t throw her off.

“I just assumed that any girl like me who loved the outdoors and was curious about the universe would find her way to the sciences,” she says. “But, as I went along, I realized gender plays a subtle role in steering many talented women away from these fields.

“I hope that the work I do, and how I do it, will continue to open more doors for young women, including my own daughters.”

Why she’s the top: Grozic is a rising gas hydrate expert on her way to attaining international acclaim. She is also helping to establish the University of Calgary as a leader in energy research.

The key to her success: Grozic oozes with passion, whether it’s her research and teaching career or learning French to keep up with her daughter’s Grade 1 class. She transitions well and looks like she’d be as comfortable collecting soil samples in her gumboots as lecturing in her go-go boots.