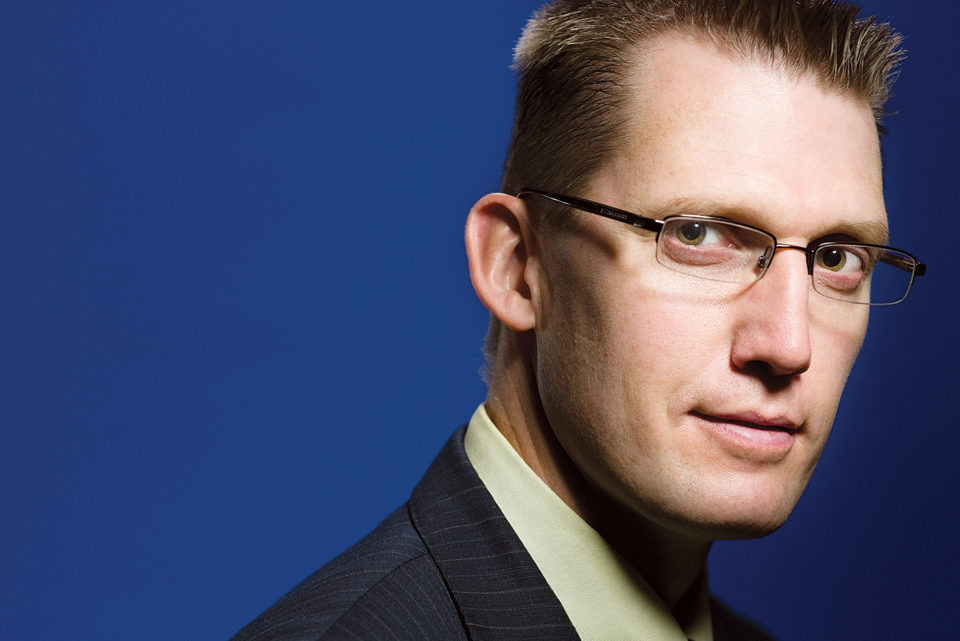 Kevin McNichol was running dreadfully late. As he raced frantically to make it to one of his first university classes more than 20 years ago, he had no idea that what was about to happen would shape the direction of his life.

“I rolled down to the front of a class of 400 people, turned around and saw it was pretty much all women in the class – and me!” McNichol recalls. “I hate to say it, but that was my first introduction to psychology, and I declared my major that day.”

Today, we can thank that little incident for setting McNichol on a career path that had him study counselling psychology and social work. That, eventually, helped him land his current job running HomeFront, a non-profit that provides support to families suffering from domestic violence.

McNichol started with HomeFront in 2000, working as a communications officer, then later as a court team manager. In 2006, at the age of 35, he moved up to his current role as executive director. Today, he manages HomeFront’s day-to-day operations, oversees 30 full-time and five part-time staff and looks after an operating budget of $3.5 million.

HomeFront works with the police, courts and other non-profits to reduce domestic violence in Calgary. It provides early domestic violence-intervention services, with caseworkers from HomeFront following up at homes where police have been called to investigate, but charges have not been laid, to address the family’s concerns and try to prevent further domestic violence from occurring. HomeFront also works with the court system to ensure treatment and support is available for both victims and offenders. “The justice system is like a sledgehammer, not a social service provider; yet, we look at it to do that work for us,” McNichol says.

Last year, under McNichol’s watch, HomeFront worked with 3,000 families to ensure nearly 1,000 offenders received domestic violence-counselling services mandated by the courts. Staff also assessed the risk and helped plan safety measures for more than 1,700 victims of domestic violence – 19 per cent of which were deemed at high risk of future homicide at the hands of their abusers.

Under McNichol’s leadership, HomeFront has also recently designed two pilot programs – Strengthening the Spirit Aboriginal Treatment Program and a Domestic Conflict Response Team – to help address and reduce instances of domestic violence that were not addressed by previous programs and services. “Sometimes, it’s a matter of going over, around or through the mountain, and other times it’s a matter of redefining the mountain altogether,” McNichol says.

Why he’s the top: McNichol heads up a non-profit that’s helped provide 18,000 Calgary families with the opportunity to break free from the cycle of domestic abuse and violence.

The key to his success: “A lot of people think success has something to do with being lucky, but what looks like luck on the outside is often the result of being open to opportunities.”