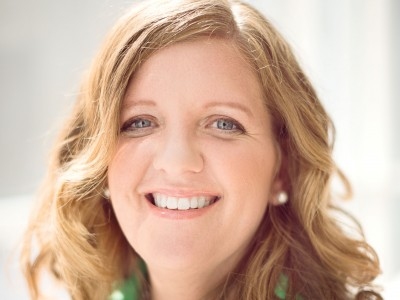 While Lauren Herschel’s day job as an ecommunications advisor has her managing online activities and social media for Bridgewater Bank, she is also a modern-day pioneer. In June 2011, she anonymously donated her left kidney, starting a paired donation chain that has resulted in four transplants.

Herschel’s curiosity in organ donation was sparked when a friend posted on Facebook that she was donating part of her liver to her father. After her own dad passed away due to cancer, Herschel started doing some research. She contacted the Kidney Foundation and was directed to Foothills Medical Centre and the Southern Alberta Transplant Program.

“I had an ‘a-ha!’ moment. If I was healthy enough to donate, I could give somebody time with their family that they wouldn’t normally have,” Herschel says.

In November 2010, she began a wave of tests, from simple blood analysis to renal scans. She created a blog, To Make a Choice, as an opportunity to document the experience and help her family understand the process. It captured more attention than she expected. “As I continued, there were more and more people I didn’t know approaching me,” says Herschel. “It became a tool to raise awareness.”

She is the first living donor to go through the process from start to finish in Calgary without knowing who the recipient of her kidney was. She hopes that number will grow. “We all get so caught up in our lives – we don’t often look around and see if there’s something we can do for someone who may not be in the same position as we are,” says Herschel.

She’s shared her experience with the national media and was a National Kidney Foundation “Stories of Hope” campaign winner. Herschel has since brought her ecommunications experience to the social media promotion of the Canadian Transplant Games in Calgary, drawing 50,000 followers on its Facebook page, has helped triple her company’s monthly blood-drive donations to 66 people out of 200 employees, and, three months after her surgery, she partook in the Kidney Foundation of Canada’s Kidney March, raising more than $2,000.

Herschel continues to increase awareness. “Many people could do this,” she says. “They just need to learn more about it to be less afraid. If I can help with that, then I’ve accomplished something.”