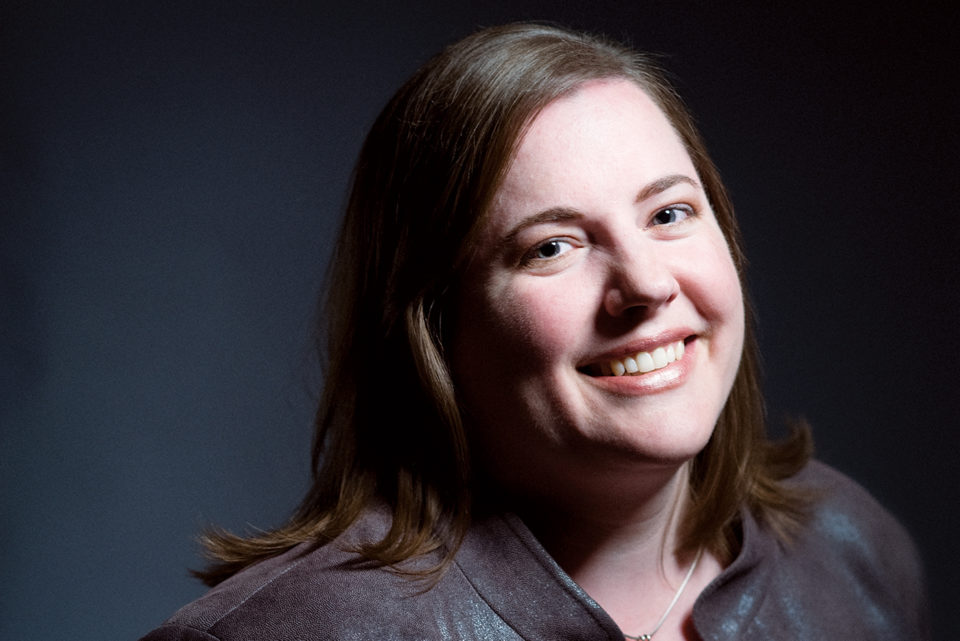 “I’m a little bit of a financial geek. I very much enjoy it when facts and figures add up.”

Most people are given a few days after they start a new job to get used to the new gig. Not Leslie Biles.

After starting work in 2008 as general manager of Lunchbox Theatre, the world’s longest running lunchtime theatre company, Biles was instantly saddled with a pile of work. She had to oversee the construction and move to a new theatre facility – without interrupting the theatre season already in progress – while simultaneously fundraising $1.6 million to pay for the theatre’s new digs. And she had to do it all within a time frame of 10 months.

So was Biles just a little bit peeved about being saddled with so much work? Heck, no. Her previous job as general manager for GlobalFest, a 10-day festival every August that attracts 25,000 guests per night, had totally prepared her for the workload at Lunchbox.

Biles – a loud, likeable, extrovert who describes herself as “slightly crazy” – welcomed the challenge with Lunchbox, even though it meant haggling with contractors during the height of the building boom, and laying down the law on a few occasions to make sure everything wrapped up on time.
“In life, you get things done faster by being nice than if you get mad at people,” she says.

Since then, Biles has continued to oversee the operation of Lunchbox Theatre. She manages 80 contracted employees and looks after an operating budget of $900,000. “I’m a little bit of a financial geek,” she says. “I very much enjoy it when facts and figures add up.”

Throughout the past few years, Bile has also increased grant revenue at Lunchbox Theatre by 15 per cent, and operating donations and sponsorships by 62 per cent. She’s done this with a convincing pitch on why it’s important to invest in theatre.

“Theatre presents you with different points of view and worlds of thought. It can show you a different ethnicity, or another political view. Even with the most fluffiest of theatre, we try to leave you with something to think about,” Biles says.

Outside of work, Biles volunteers at the Rotary Club of Calgary East. As president-elect, she sits on a number of committees within the charitable organization and helps out at events such as pancake breakfasts.

Biles also sits on the executive council for International Alliance of Theatrical Stage Employees Local 212, where she works to make conditions better for others in her field, and is lending her expertise to help improve the day-to-day operation of Urban Curvz Theatre, a growing theatre group that celebrates female stories through theatre.

“Without theatre and the arts, we’d live in an awfully sterile world,” Biles says.

Why she’s the top: She oversaw construction of a new location for Lunchbox Theatre in under 10 months during the height of the building boom, and has since increased donations and sponsorships to the theatre by 62 per cent.

The key to her success: “Don’t be afraid to ask for advice or help. Knowledge is power, and there is so much out there to learn.”