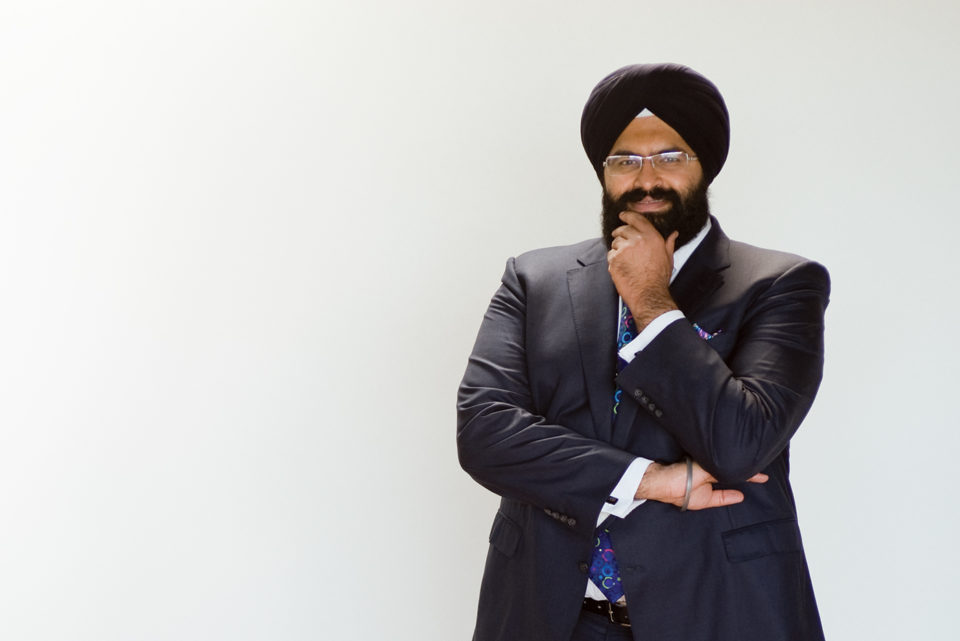 Back in 1998, when Manmeet Bhullar was fresh out of high school, his teachers, football coaches and friends were all pushing for him to go to university, but he had other plans.

“I wasn’t really keen on sitting in the classroom day to day, worrying about exams,” says Bhullar, who eventually attained his Bachelor of Sociology through a distance-learning program from Athabasca University and went on to get his law degree from the University of Windsor in 2011. “I was worried about community stuff – you know, violence and drug use. I felt I could change the issues that I saw every day.”

Bhullar immediately went to work. Only one year removed from high school, he founded the Dashmesh Mission, a grassroots Sikh youth group designed to harness the angst-ridden energy of teenagers and push it toward positive community change. A few years later, he spearheaded a similar, but non-denominational youth group called Inspire. To date, both groups together have raised more than $150,000 in food for the Calgary Inter-faith Food Bank.

Today, Bhullar continues to live that motto. In 2008, he was elected MLA for Calgary-Montrose, becoming the youngest sitting member of the Legislative Assembly. Immediately, his booming voice could be heard lobbying for Edmonton’s Grant MacEwan and Calgary’s Mount Royal colleges to be designated as universities. “I’ve got a heck of a lot of people in my riding that go there,” he says. “I wanted their degrees to say Mount Royal University, as opposed to Mount Royal College.” The bill passed and, in 2009, two new Alberta universities were officially designated.

Since then, Bhullar has moved on to issues more directly related to the northeast Calgary communities he represents. He spent three years berating the Infrastructure and Transportation department to fund the construction of a new access road for his constituents in Chateau Estates Mobile Home Park, who were cut off from 16th Avenue when the province built the northeastern chunk of the Stoney Trail ring road. After battles with other MLAs, landowners, gas companies and snowy weather, an overjoyed Bhullar announced the road’s completion in 2011.

“The province of Alberta doesn’t build roads within a city every day,” say Bhullar. “When I advocate for something, I really put everything I have on the line for it.”

As the youngest sitting MLA, Bhullar has been a relentless advocate for his constituents, and the first-term politician has already gotten involved in important portfolios such as municipal affairs and advanced education and technology.

“Give what you seek. So if you seek hope, give somebody hope; if you seek strength, help someone find strength; if you seek compassion, be compassionate. It’s the law of the universe: if you give it, it will come.”