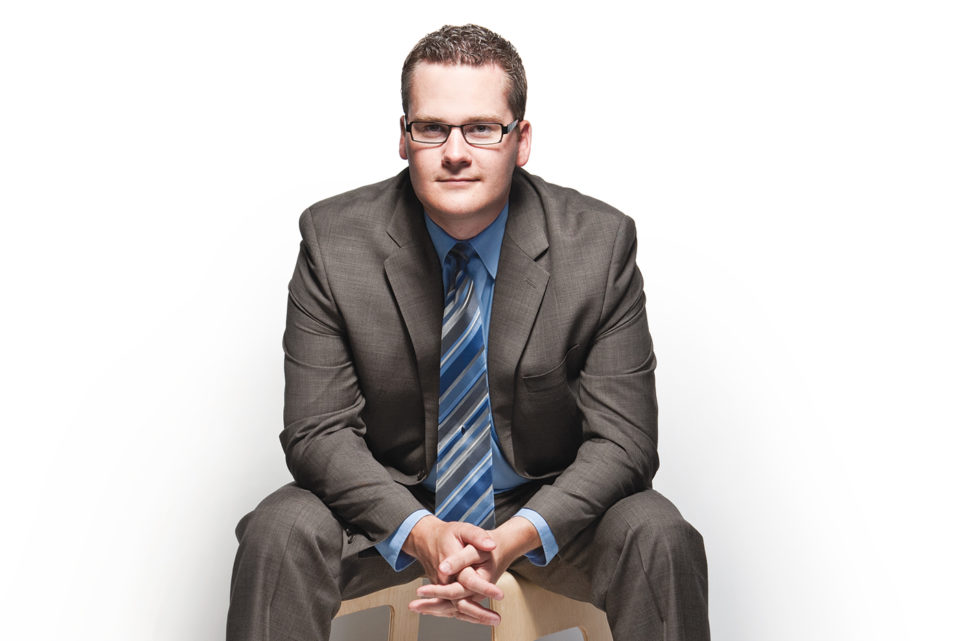 “Success in this job is when I get a call from a client who says, ‘My family member is a judge and they suggested I come talk to you because they’ve seen you do your job.”

When he was in high school, Michael Bates got a different kind of education when he was given the chance to job-shadow his uncle, a criminal defence lawyer, during a trial.

Far from what you might recall from courtroom dramas like Law & Order, Bates recalls the experience as a chaotic affair; during the trial, for example, several witnesses stumbled over their original stories.

But, while other legal aspirants might have been turned off by the real-life courtroom drama, Bates says the experience left him “completely intrigued,” and make him decide to follow in his uncle’s footsteps.

Bates is naturally endowed with an attention-commanding baritone, and while that kind of voice goes a long way toward being effective in the courtroom, at the end of the day he’ll tell you when it comes to cross-examining a witness, there’s no substitute for knowing the evidence better than they do.

His unflappable presence garners him referrals – even from his professional adversaries. “Success in this job is when I get a call from a client who says, ‘My family member is a judge and they suggested I come talk to you because they’ve seen you do your job,'” he says.

Bates’s success can also be measured by the fact he has appeared three times before the Supreme Court of Canada, an experience he describes as “the Stanley Cup of being a lawyer.” In two of the cases, he defended the rights of citizens versus the actions of the police – arguing for protection of privacy while investigators snoop through household trash, and also to limit police powers to search homes. And while Bates admits it’s not always easy to be a public face of police criticism, he says he sees his work as a way to ensure everyone is accountable to the law.

This sense of civic duty also extends to the 150 hours Bates logs in every year with the Canadian Bar Association Criminal Justice section, where he provides analysis and commentary to parliamentary and Senate committees on criminal justice issues.

“It’s an opportunity to actually participate in the legislative process,” he says. “We have to take those opportunities to speak up about things that are going to potentially create injustice, because if we don’t speak up about it, nobody will.”

Why he’s the top: By the age of 32, Bates had taken three cases before the Supreme Court of Canada, a distinction few lawyers will achieve in the course of an entire career.

The key to his success: “You can’t substitute for preparation. At the end of the day, you really just need to put the time in, to be sure that, before you go in to cross-examine a witness, you know their evidence better than they do.”