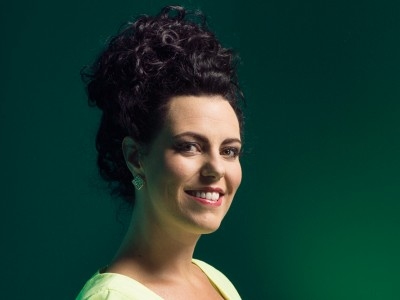 When born-and-raised Calgarian Michelle Minke was offered the job of associate voice teacher at Ambrose University College, she faced a serious dilemma. The Royal Academy of Music-trained opera singer, who also holds a master’s degree in performance and vocal pedagogy from the University of Toronto, loved to teach and she loved to sing. But Minke, who was living in Toronto at the time, knew opportunities for opera singers in Calgary were scarce.

“I didn’t want to become this crazy voice teacher with all of this education and background with no way to use it,” Minke says. “I want to perform and use my craft.”

Nonetheless, Minke took the teaching gig at Ambrose, as well as one at Mount Royal University’s Conservatory, and decided she’d create her own opportunities to sing. Minke founded Cowtown Opera Company in 2011. “I wanted to highlight the amazing talent in our city and break some of the formal stigma around opera,” Minke says. “Cowtown Opera is fun, young and affordable, and you can wear your jeans and drink beer at our shows.”

Cowtown is the first new opera company in Calgary in 20 years, the newest in Canada and the only company in Western Canada to perform exclusively in English. Cowtown maintains a roster of 25 local singers and pianists who perform as part of its regular season, as well as at corporate and private events.

The group also performs what Minke describes as “random acts of culture,” including a flash-mob version of Handel’s Hallelujah chorus at shopping malls, and performances at bars, on street corners and at fundraisers. “People are surprised that they’re hearing opera at the mall,” Minke says. “I’m doing this for that new generation of opera fans. We’re cheeky, but not cheesy. The talent and training is there.”

Minke’s unconventional approach is working. Cowtown has sold out every performance in its past two seasons, including Calgary’s first singalong Phantom of the Opera. To accommodate demand, Cowtown recently moved venues from the Heritage Park Opera House to the Lantern Sanctuary in Inglewood, increasing its audience space from 140 to 250.

“I want opera singers to be able to say, ‘I live in Calgary and I make my living as a singer,’ ” Minke says. “I couldn’t have started Cowtown anywhere else in the world. There’s no other city that would have embraced it like Calgarians have.”