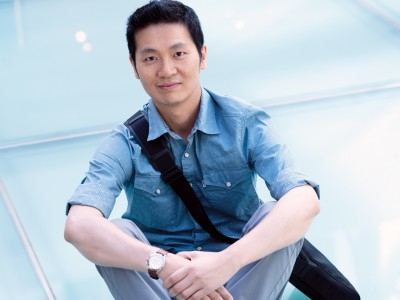 In the scientific research world, it’s all about specifics, not generality. But Minh Dang Nguyen considers himself a “butterfly scientist” who goes from project to project.

“I’m more of a molecule person,” he says. “I’m not the Alzheimer guy or cancer specialist. Where the research takes me, I go there.”

As an associate professor with the Hotchkiss Brain Institute, he runs a lab at the University of Calgary where he studies the cytoskeleton – the scaffolding in every cell that transports materials and sends signals to other parts of the cell. By examining how the brain functions in early development to late stages of life at the basic molecular level, Nguyen aims to find ways to slow down and prevent the progression of neurological diseases.

According to the World Health Organization, brain diseases are expected to overtake cancer as the second leading cause of death in Canada by 2040. Neurological diseases such as Alzheimer’s, Parkinson’s, schizophrenia and autism cost the economy more than $50 billion a year in direct health costs and lost productivity, not to mention affecting millions of Canadians.

In the past decade, Nguyen has published 20 papers in world-leading journals about neurological disorders. But, during his post-doctorate years at Harvard Medical School from 2002 to 2005, he had his breakthrough discovery of SIRT1 – a protein that is a link between aging and human neurodegenerative disorders.

“All organisms have that, and it’s a gene that’s associated with longevity,” he says. An extra copy of the SIRT1 gene extends lifespan, while removal of the gene shortens it.

Nguyen is one of the four inventors of the patent for the therapeutic use of SIRT1, which was subsequently sold to the pharmaceutical company GlaxoSmithKline to work through clinical trials for drug testing.

Nguyen’s current work involves studying the DNA damage responses in cells, which has implications for understanding neurodegenerative disorders, as well as how cancer cells survive. The breadth and potential impact of Nguyen’s research can be attributed to the fact he doesn’t think like a traditional scientist. He’s an avid photographer with an interest in French literature and philosophy and talks about concepts of arts and science interchangeably.