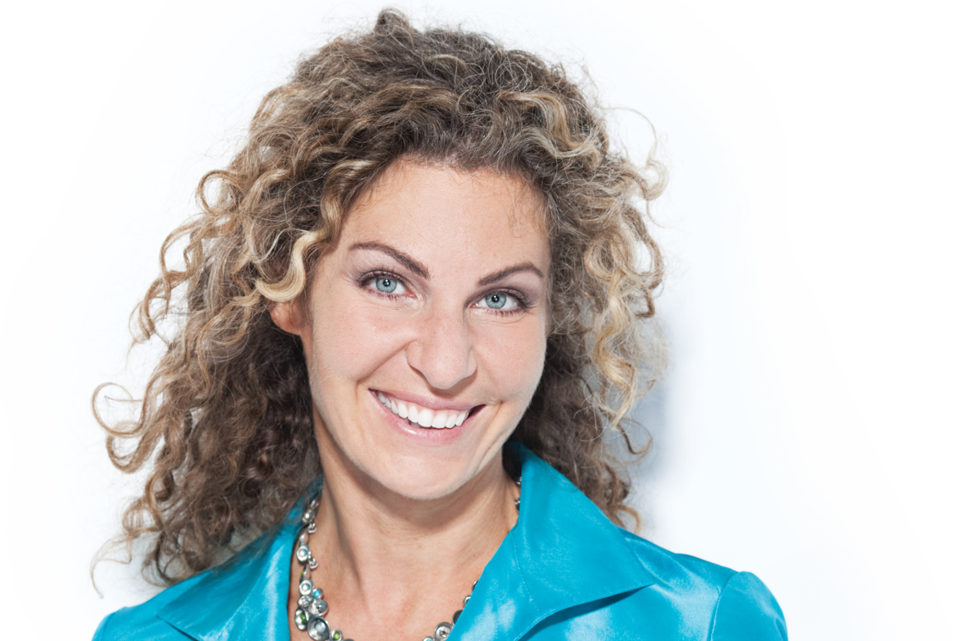 “Anesthesia is about so much more than putting people to sleep. It’s about keeping people alive.”

During her Top 40 photo shoot, Miriam Berchuk had a request: pump up the music.

As hip-hop blared throughout the studio, Berchuk, a self-described outgoing optimist, busted a few dance moves that were pretty good for someone who had just come off a 24-hour shift and had only slept for a few hours.
“I’m fortunate that I probably don’t need as much sleep as other people,” Berchuk jokes.

As an anesthesiologist, Berchuk is used to logging in 12 to 24 hours in a shift. Her work has her providing pain relief to everyone from women in labour, to kids getting their tonsils removed and people undergoing retinal eye surgery.

She takes part in up to 10 operations a day, making sure patients are given the right type and dosage of anesthesia, and helping keep people on the verge of death stay alive so they can eventually recover. “Anesthesia is about so much more than putting people to sleep,” Berchuk says. “It’s about keeping people alive.”

Since starting her career in 2005, Berchuk has taken her skills far beyond Calgary, devoting a couple of months every year to doing humanitarian medical work in the developing world through organizations like Doctors Without Borders. In 2008, she went to Nigeria for seven weeks to work in a trauma hospital and to run a six-bed intensive care unit. About a third of her patients were victims of gunshot wounds or other injuries related to conflicts surrounding the largely foreign-controlled oil industry.

“We were the only trauma hospital that treated people without filing a criminal record report, so a lot of these gangsters and criminals came to us to be treated,” Berchuk says. “At least once a week we’d get a call from a gangster saying there had been a shootout and to expect patients.”

This past spring, Berchuk went to Ecuador to help perform hip surgeries on 19 girls. As babies, these girls had been wrapped in cloth-like cocoons and put on their mothers’ backs while they worked in the field. Unfortunately, the way their legs had been wrapped caused their legs to grow incorrectly, resulting in hip problems when they got older. “We helped to give those girls back some semblance of a normal life,” Berchuk says.

Berchuk’s latest excursion, this month, will take her to Guatemala where she helped administer anesthesia to 60 patients undergoing hip and knee replacements. “My job impacts other people’s lives. That’s something I’m very proud of,” she says. “Going to these countries, I’m reminded why I’m so lucky to live in Calgary.”

Why she’s the top: Berchuk takes her skills as an anesthesiologist to the developing world for a couple of months every year to do humanitarian medical work.

The key to her success: “I don’t want to look back at 60 and see that I wasn’t much different than when I was 20. I’m always thinking about what’s next.”