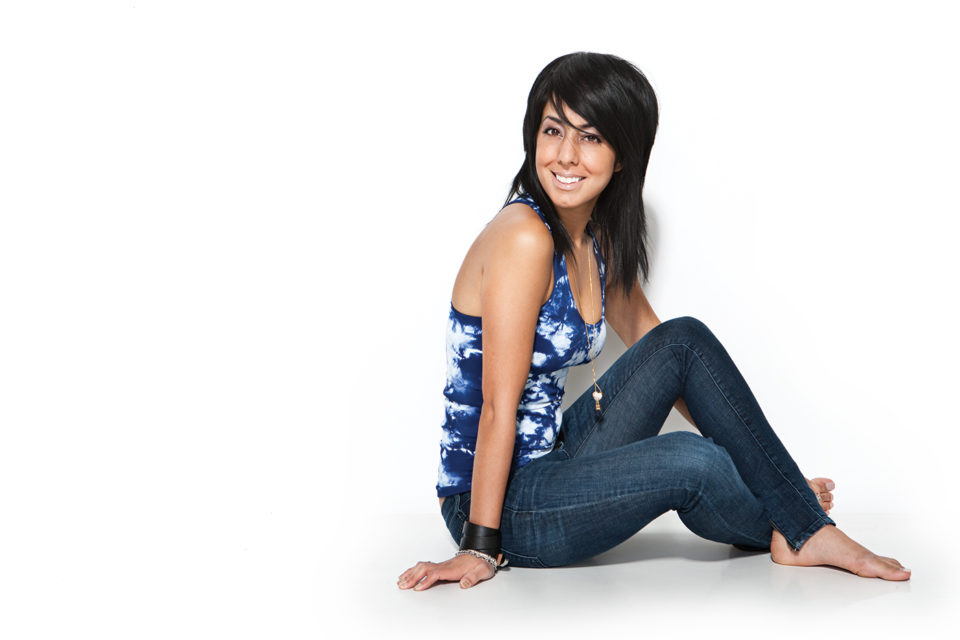 “I want to put Calgary on the map for fashion. I love doing shows here.”

Computer engineer by day, fashion designer by night, Nina Rahal-Kharey’s life reads like something from a Hollywood pitch meeting.

But the truth is the 27-year-old employee of Calgary-based Cortex Business Solutions, and the creative visionary behind the head-turning House of Nonie clothing line, is no silver-screen construct. Rahal-Kharey is just one of those rare people who sees no reason to subdue her admittedly “nerdy side” for the sake of her glamorous alter ego.

This past summer, House of Nonie’s bold shapes – inspired by the sari-style draping of Rahal-Kharey’s Indian heritage – sashayed down runways in both Toronto and Calgary. The Toronto show was, admittedly, a highlight of her fashion career, however Rahal-Kharey doesn’t discount her hometown, either. “I want to put Calgary on the map for fashion,” she says. “I love doing shows here.”

Rahal-Karey learned to sew at an early age. She was also surrounded by fashion growing up – her father worked as a manager for a knitting company and her mother worked for a clothing manufacturer – so it seemed as if it would only be a matter of time before she began to sketch out some designs.

But Rahal-Kharey credits her plunge into fashion to the memory of her brother, who lost his life to gang-related violence five years ago at the age of 25. Rather than succumb to anger or despair, Rahal-Kharey found the strength to channel her sorrow into becoming an anti-gang spokesperson through the Calgary Police Service’s “Get a Life” initiative. A passionate volunteer with the anti-gang unit, she is called upon regularly to speak to kids at schools and at other police-sponsored events, and she makes appearances in anti-gang education videos. “It’s sped up my healing,” she says. “Every time I talk to kids, I feel so much better. I feel like I’m doing my brother justice.”

With her combination of empathy for victims of violence, style and smarts, it’s easy to see Rahal-Kharey as a potent force in helping to steer kids away from the choices that proved her brother’s undoing, and someone younger girls in particular can look up to, but she’s hesitant to afford herself much credit.

“I’ve never actually thought of myself as a role model,” she says. “I just think that I have a story to tell.”

Why she’s the top: Rahal-Kharey has it all – style, smarts and heart. She balances a promising new fashion line with an engineering career, and makes time to speak out against the gang violence that took her brother’s life in 2005.

The key to her success: “I’m a huge advocate for helping your neighbour and everyone you know, because that’s our purpose: to help one another grow.”