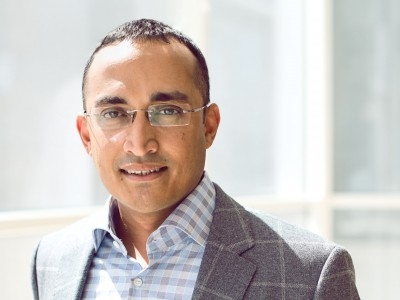 Two weeks after immigrating to Canada in 2003, Ranil Herath couldn’t get a job interview anywhere, despite leaving executive-level management jobs in Sri Lanka behind. Sometimes not getting a job is the best move.

“I get a call for an interview in this dingy place somewhere off Yonge and Dundas,” says Herath. He didn’t make the shortlist for that job selling newspaper subscriptions, but he took it in stride. “After I came down that rocking stairway and I was back in the sunlight of downtown Toronto, I started to laugh.”

Less than three years later, he was hired as president of Everest College. After two years managing Everest’s Hamilton and then Kitchener campuses, building a reputation for growth along the way, the 34-year-old took a job in Calgary in 2008 as the president of DeVry Institute of Technology that would make him the youngest president of a degree-granting institution in Alberta.

Herath has re-energized the staff and students at DeVry by listening to feedback in one-on-one sessions and surveys and eliminating gossip with increased communication and transparency from the executive level. “The first few things I heard from the students and employees, was, ‘Oh my God, he’s walking around and talking to people!'” he laughs.

He’s also knocked down barriers between departments with mandatory bi-monthly staff meetings to recognize successful employees and by emphasizing a “one-team” approach to student service.

From the spring of 2009 to spring 2010, overall enrollment increased 43 per cent and he has managed to lower tuition for the better part of the student population.

Herath also donates 150 hours of his time every year, including time spent mentoring schoolchildren through the Rotary Club or raising cash to build a computer lab and a sick room for an orphanage in Sri Lanka.

But his rise through the educational ranks of Canada’s colleges is even more surprising when you consider that he avoided the industry in his youth.

“Both my parents were educators. So education was the last, last thing I wanted to do, and I was quite determined about that,” says Herath, whose father retired as additional secretary to Sri Lanka’s National Ministry of Education and mother was a vice principal at a girls’ school.