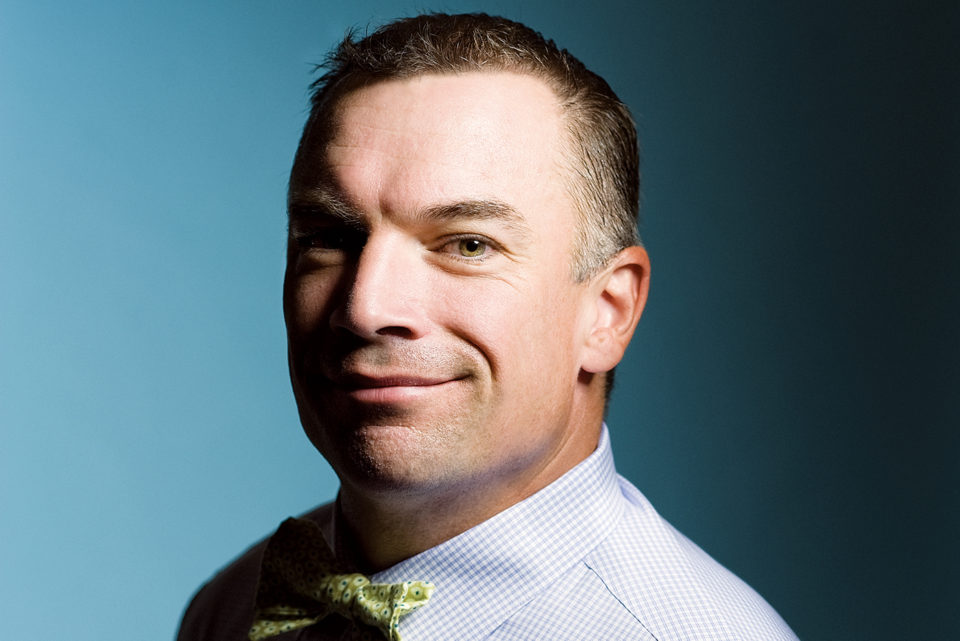 “My pie-in-the-sky goal is to reduce musculoskeletal injuries in our lifetime. If we can reduce them by five per cent, we’ll save the health care system a billion dollars a year.”

Calgary is a city of runners, and Reed Ferber is the guy who is going to make us better at it.

Ferber founded and operates the Running Injury Clinic at the University of Calgary, which uses the latest technology and science to understand running and walking injuries. It’s a place where you can find Sunday-morning runners alongside athletes and older walkers, all trying figure out what’s wrong with their stride and how to improve performance and reduce injuries. It’s an idea that came to Ferber six years ago, which has exploded in popularity and is spreading across the country.

Ferber is a third-generation Calgarian. His grandfather owned the Ferber Farm, located where Marda Loop is today, and the original farmhouse is still standing on 34th Avenue. Ferber notes wryly that its current neighbours call it the ugly house. He got his degree in Phys-Ed from the U of C in the early 1990s, never considering he would ultimately become a world-class researcher. Ferber had a general intention of getting into healthcare, and ended up getting a Ph.D in Oregon before going to the University of Delaware to do some research work. And that’s where he first encountered a running injury clinic.

The Delaware clinic was not open to the public; in fact, it only saw one, hand-picked patient per month. Ferber said he suggested they should open the clinic to the public, but was told it would get in the way of research. “I said this should be our research,” he says.

When Ferber got back to Calgary, he was a bit adrift and considering different careers. “I was going to be a home brewer at one point, just because I didn’t know what I was going to do,” he reccalls. “I had all this academic and research experience, and I loved brewing wine, and I was talking through a number of different ideas and I stumbled on the fact that this running injury clinic was sort of operating at the University of Delaware, and there was huge demand for it in Calgary.”

Ferber explained the concept to his wife: “Within five minutes, she turned to me and said, ‘This is an awesome idea.'”

Ferber took that encouragement, a business plan and a shoestring budget and opened up his first clinic in 2004 at Mount Royal College. “Within three months, we knew that we had something,” he says.

The clinic subsequently moved to the U of C, the location Ferber operates.

The mission of the clinic is twofold: determine the cause of running injuries, and evaluate the stride or gait of runners, who aren’t necessarily injured, to help with strength, flexibility and pain.

Ferber says that, after treatment, 90 per cent of clinic patients are injury-free within four to six weeks. The U of C clinic has 17 staff and has seen thousands of patients over the past six years. All the profits are churned back into the clinic, and the final step is that Ferber uses the data from his patients to research musculoskeletal injuries. “I’m just a scientific dork,” says Ferber. “All I care about is data.”

Ferber has a long-range plan for all that data. “My pie-in-the-sky goal is to reduce musculoskeletal injuries in our lifetime. If we can reduce them by five per cent, we’ll save the health care system a billion dollars a year.”

Why he’s the top: Ferber founded the running injury clinic six years ago and has seen the idea take off in a huge way. Ferber is collecting large amounts of data related to running injuries, and wants to make a real difference in how we stay healthy as we age.

The key to his success: “All full credit goes to my wife in terms of saying, ‘This is the idea.’ And then I ran it past my dad, who I consider to be quite an entrepreneur himself, and he really liked the idea. The backing of those two people was enough for me.”