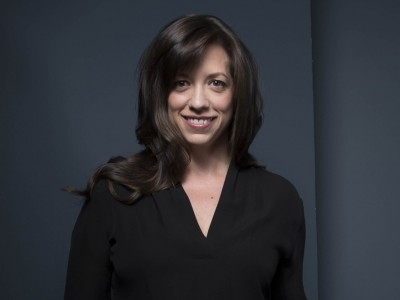 From an early age, Rene Hopfner knew she wanted to help people. When she was nine years old, she saw television coverage of the Live Aid fundraising efforts to feed people affected by the Ethiopian famine. A few months later, she was still thinking about it. She set up a lemonade stand on a cold fall day in an attempt to raise money for the Canadian Red Cross.

“I was bundled up in October at the end of a curve of a crescent, where there is very little traffic,” she says. “I was not successful by any stretch.”

With encouragement from her mom, however, she raised a bit of money, which she mailed away. The seeds of her life’s path had been sown. Hopfner is now Canada Safeway‘s director of community investment and corporate social responsibility.

In 2010, Hopfner, along with two fellow employees, identified a need for Canada Safeway to create
a formalized corporate social responsibility strategy. She got approval from senior management, developed the plan and essentially created her own job.

“If I describe my job in an elevator conversation, I say I am leading our employee engagement and philanthropic efforts, and our sustainability work,” she says. “By sustainability, I mean our environmental initiatives.”

Some of her myriad accomplishments include directing the company’s $8-million community investment program. She also helped to create Canada Safeway’s seafood sustainability policy, now in place at every store with a goal to sell only sustainable seafood by 2015. She created a recognition program for the company’s employee volunteer initiative across Western Canada. She co-chairs Safeway’s Women’s Network Group, mentoring women within the company. Away from the office, she is a volunteer committee member for both the Wood’s Homes Foundation Children’s Benefit Dinner and the Bill Brooks Prostate Cancer Benefit.

In 2005, the Government of Alberta awarded her the Alberta Centennial Medal in recognition of her achievements. And, in 2002, she won a Queen Elizabeth II Golden Jubilee Medal, an award given to Canadians who make significant contributions to their fellow citizens, community and country.

Hopfner brushes aside any attention to the awards, noting that there is so much more she wants to do. “I wish there were more hours in the day sometimes,” she says. “There are so many opportunities and so much work to be done.”