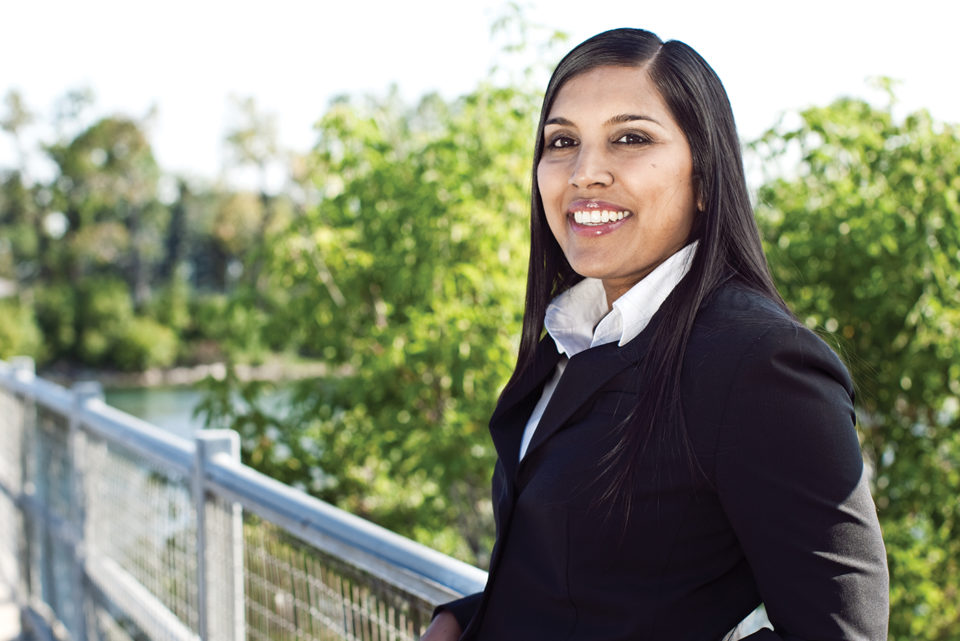 Multiple sclerosis is a puzzle doctors and researchers around the world have been trying to solve for decades. Shalina Ousman is one of those researchers who is helping out. With infinite patience and a wicked work ethic, Ousman has made significant strides in her research and is making progress toward developing a new therapy to help MS patients.

Ousman’s piece of the puzzle is a protein called alphaB crystallin. It plays a few roles in the body, one of which is as a defender against disease. AlphaB crystallin exists in higher levels in MS patients, but, for some reason, isn’t able to fight the disease. In fact, people with MS seem to have antibodies that make alphaB impotent.

Through her work running an MS research lab associated with the Hotchkiss Brain Institute at the University of Calgary (U of C), Ousman has experimented by injecting alphaB crystallin into animals with an MS-type disease. So far, her research results have been impressive, showing that by supplementing the body with additional amounts of this protein the symptoms of MS can be reversed in animals. A paper stemming from Ousman’s experiment has been published in prestigious science journal Nature, and her next step is to work with human blood cell cultures to see if the protein will create similar improvements.

Ousman immigrated to Canada from the Caribbean when she was a teenager, settling first in Toronto with her family until her studies led her to Montreal, Kingston and California. She was always interested in the sciences. “The main driving force for any scientist is the unknown; we’re asking questions that no one, hopefully, in the world knows, and we’re trying to answer them,” she says.

Ousman came to Calgary in 2008 to run her own lab at the U of C. She interviewed at many different research universities but settled on Calgary because the city has a developing reputation for neurology research and is home to one of the best MS clinics in the world. “The bottom line was: where do I think I will succeed? Calgary is where I thought it would happen,” she says.

On the day of her Top 40 interview, she had been in her lab since 5 a.m., working on a time-sensitive experiment. She was running on adrenaline. “I do this because I believe that we can find a possible therapy [to treat MS], and we all have that hope for a cure for MS,” she says.

Ousman runs a research lab associated with the Hotchkiss Brain Institute that is looking to develop therapies to treat and ultimately find a cure for multiple sclerosis.

“Any challenges that might have come along, I take them head on. There are very long hours; you practically work seven days a week. But, because I love my job, it’s not an issue.”