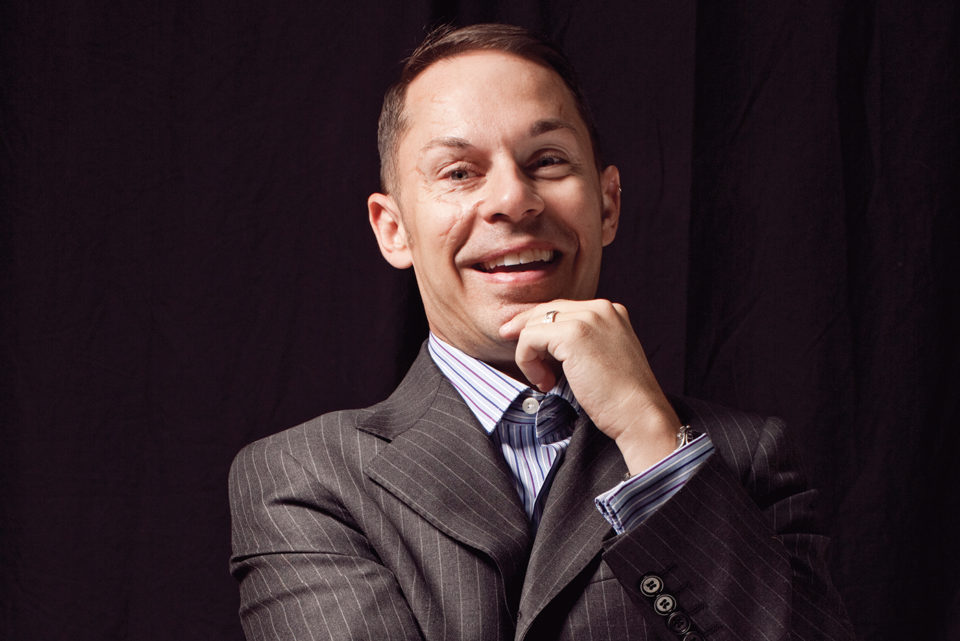 If you spend too much time thinking about the future, spend an afternoon with Shane Smith. Your whole perspective might change.

Smith believes you are better in everything you do when you acknowledge your past and bring it with you. As vice-president of advancement at the Alberta College of Art + Design since 2009, Smith uses his background in music and the performing arts to advance the missions of the college in the wider community. Smith is responsible for a wide range of external relations development, including developing business and institutional partnerships, and overseeing institutional funding programs, including the management of endowments and awards programs. “My job is to engage people, whomever they are, to get involved in ACAD, and to make the community a more vibrant place,” says Smith.

In addition to running profile- and money-raising events like ACAD’s Smart Night and Stirring Culture Series, Smith’s latest initiative, “The Bow: Emerging Artist Project,” landed student and alumni work into the permanent collection of the Encana corporation and its new downtown skyscraper, The Bow. “Despite having an 85-year history, ACAD has not been widely recognized by Calgarians. People in the arts in other cities, including New York, are more aware of the artists and work being produced here,” says Smith.

By running programs encouraging individuals and corporations to support ACAD, including finding work a permanent home in The Bow, Smith has steadily increased public awareness of the college.

Outside of his work, Smith is on the board of The Calgary Foundation serving as grants advisor to the health and wellness committee. He is also passionate about his volunteer work with Calgary’s senior community. He spent three-and-a-half years as the Community Relations Manager for the Calgary Seniors’ Resource Society and two years as an advisor to Public Interest Alberta Seniors Task Force. Some of that commitment can be attributed to Smith’s close relationship with his grandmother, who raised him after his mother died. “If I hadn’t had the past I have, there’s no way – regardless of genes or schooling – that I would be where I am today,” he says.

Smith says he is committed to his past, but married to his future, and when asked where he’d like to see himself in five or 10 years, his answer is characteristically enthusiastic: “I hope that I can say I’m doing more for the community around me.”

Smith continues to raise the profile of ACAD through strategic events, including Smart Night and the Stirring Culture Series, and helping foster future success by nurturing scholarship and awards programs. He is a recipient of the Peter Spear Everest Award recognizing remarkable success in the face of significant barriers, and is a dedicated community volunteer.

Smith is not afraid to fail. “People will remember if you fail at things, but they will remember more that you tried,” he says. “Everything you do adds character and shapes you. It’s not about what you’re given; it’s about what you do with it when you can.”