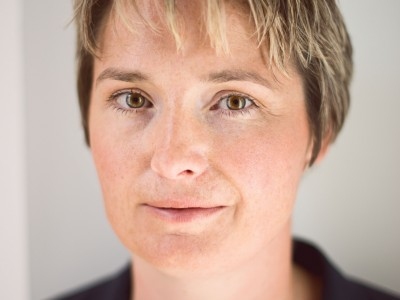 As Dr. Shelagh Coutts sees it, stroke is a plumbing disease – it’s all about blockages and blood vessels.

As a stroke neurologist, it’s Coutts’s job to clear those blockages and, perhaps more importantly, prevent them in the first place.

“Prevention is everything,” says Coutts. “We have this hyper-acute opportunity for prevention, which is people that come in with transient [TIA] or minor stroke. Those patients have a 10-per cent risk of going on to develop a big stroke within the next two to three days. My goal is to stop that from happening.”

Coutts, who moved to Calgary from Scotland in 2001, has pioneered the use of brain imaging on minor-stroke patients to predict their risk for developing major stroke. In short, she takes pictures. She began using MRI and found that damage on a scan was a great predictor of recurrence. Her research, published in 2005 in “Annals of Neurology”, revolutionized the way patients around the world are treated and earned her the Robert G. Siekert New Investigator Award in Stroke from the American Stroke Association.

The only problem, she says, is that MRI scans “are not on every street corner,” so access is limited. “My interest has always been in not necessarily the rocket-science stuff, but how can we make the biggest difference to the biggest number of people?” Coutts says.

Her answer: CT scans. Coutts’s study, published in the journal “Stroke“ in February 2012, showed that CT scans, which are accessible, even in rural areas, are as effective as MRI in predicting a second stroke.

“You get these beautiful pictures of all the arteries, so you can see blockages that way,” she says. “And we have great treatments to prevent, once we know what’s going on.”

Coutts is pushing ahead with other studies and initiatives, as well as volunteering her time to speak to the public, to educate other doctors and to help grant funding organizations, including the Heart and Stroke Foundation of Canada, allocate funding.

The busy mountain-lover still squeezes in time to mountain bike and ski. “Not working too hard is as important as working hard,” Coutts says. Not that she would ever complain. “It’s pretty cool what we do. I love preventing stroke.”