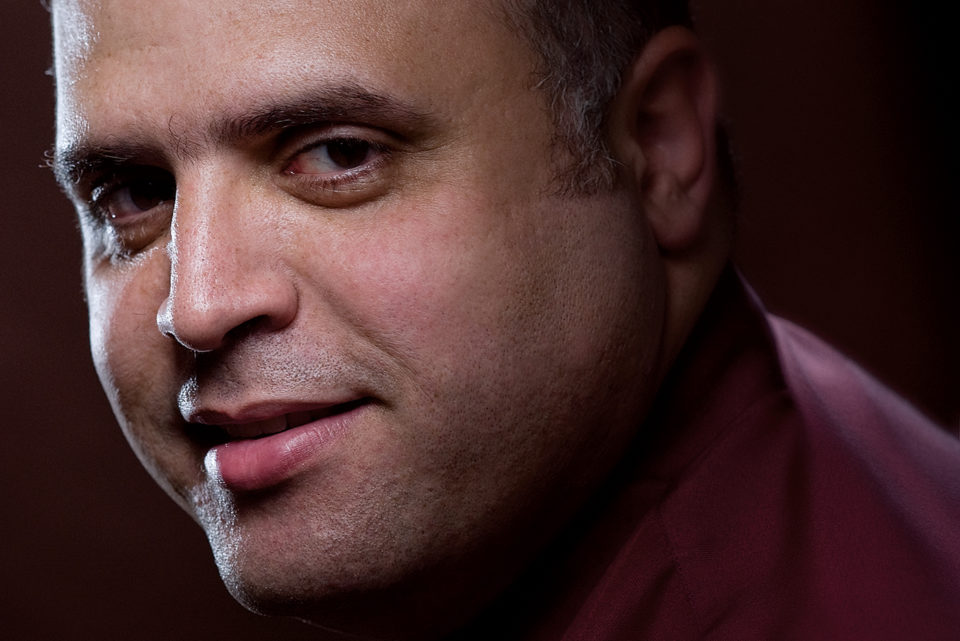 “Mentorship is what I was looking for when I was a student. I was glad that I could have been one for them.”

Back in 1997, Wael Badawy was stopped at the Canada-U.S. border for trying to cross with two apples that were considered dangerous goods. As he gobbled the fruit, the Customs officer saw his immigration papers weren’t in order. But Badawy charmed the officer into stamping his papers and letting him back on the train as it chugged into Canada, and that’s how the Egyptian began the process of becoming a Canadian citizen and allowed us to claim him as one of our country’s leaders in video technology development.

Badawy, after all, is the guy who figured out how to keep tabs on remote oil and gas sites without wasting manpower.

“You can have cameras on 600 kilometres of pipeline, but there are no resources to have someone sit around and watch those cameras,” says Badawy. “The only way to make those cameras useful is to program them to be intelligent enough to see what you are looking for.”

Badawy’s device, dubbed the SmartDVR, is about the size of a book and gives up to 16 recording devices, including cinema cameras, infrared cameras and radar detectors, the ability to tell right from wrong. The cameras are hooked up to the SmartDVR, which acts as a computerized brain that’s programmed with rules about what the normal conditions of a site should be.

If a camera records something that breaks those rules, such as changes in pressure, leaks in a pipe, trespassers or an injured worker, the camera sends a text message along with video evidence to an engineer or security officer.

Badawy brought SmartDVR to market through the company he founded, IntelliView Technologies, which was spun off from his research lab at the University of Calgary. Since he went full time with the company in 2008, Badaway has grown its revenues from $250,000 to $7 million, and expanded from four employees to 27 in its Calgary office alone, with additional offices in Edmonton and Ottawa. His high-tech device is also now being used by the United States Department of Homeland Security, and in places as far away as South Africa and the Middle East.

Before entering the private sector, Badawy spent eight years at the U of C developing his video-compression technology and mentoring more than 2,000 undergraduate and graduate students in engineering. Today, those students are contributing to the field at different capacities – teaching, supervising projects and manufacturing electronic components.

“Mentorship is what I was looking for when I was a student. I was glad that I could have been one for them,” Badawy says.

Why he’s the top: He invented technology that keeps remote work sites safe by making cameras smart enough to text message when there is potential of danger. Oil and gas companies love it because it works in extreme climates and needs little maintenance.

The key to his success: Badawy has four degrees from universities in Egypt and the U.S., and was an engineering professor at the University of Calgary. He used resources at each school to advance his research of video compression before leaving full-time academia two years ago to bring his technology to market.